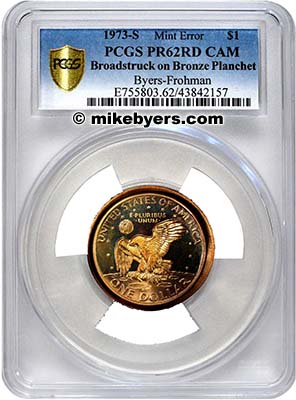 After recently surfacing in an old-time collection of U.S. mint errors, it originally was authenticated and certified by NGC as Proof 61 and was featured on the cover of Mint Error News Magazine Issue 61.

The pedigree shows it was from the Mike Byers Collection and also from David Frohman, an Eisenhower enthusiast who is well known for selling a Prototype Eisenhower Dollar in a Heritage Auction for $264,000.

It is fully struck with nearly perfect mirror surfaces and a deep cameo portrait. There are a few very light scratches visible on the obverse which appear to be ejection marks since it was broadstruck. This is considered one of the most spectacular mint errors known on a proof Eisenhower Dollar. 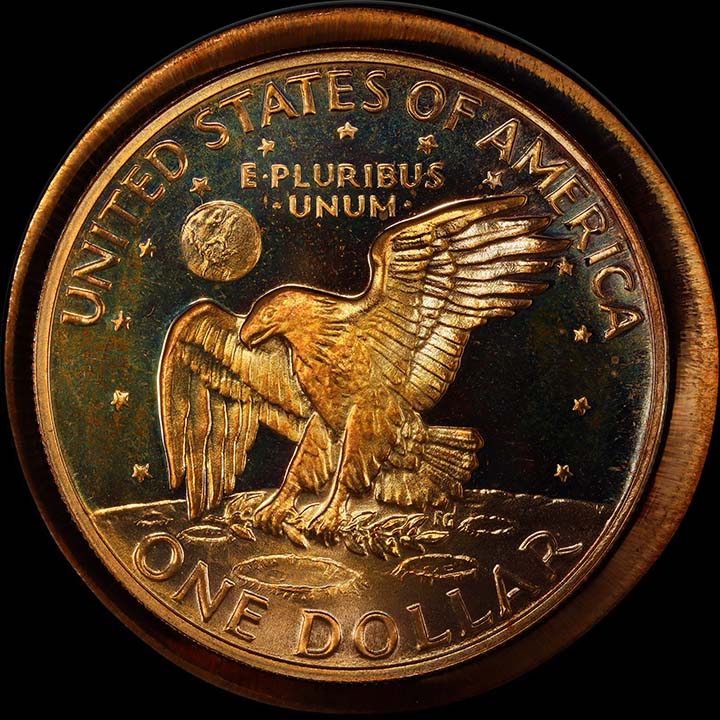 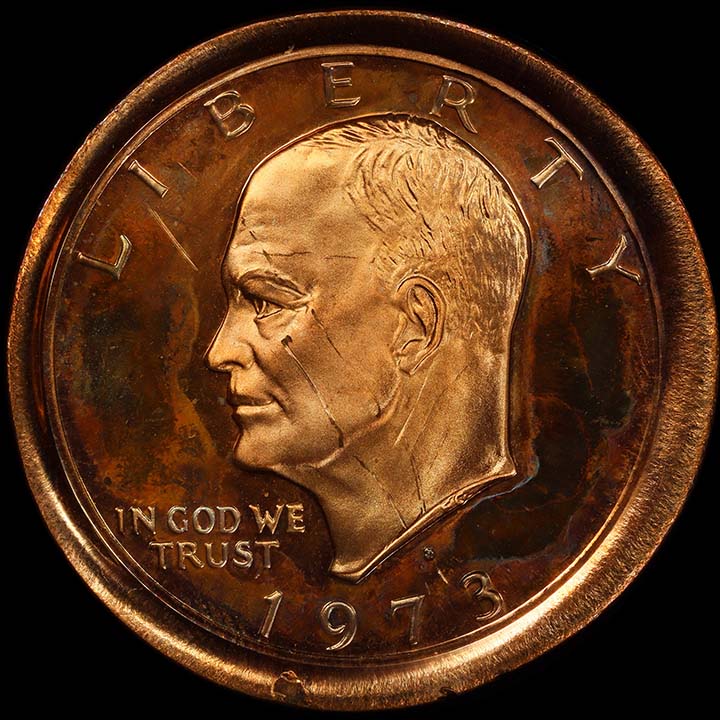 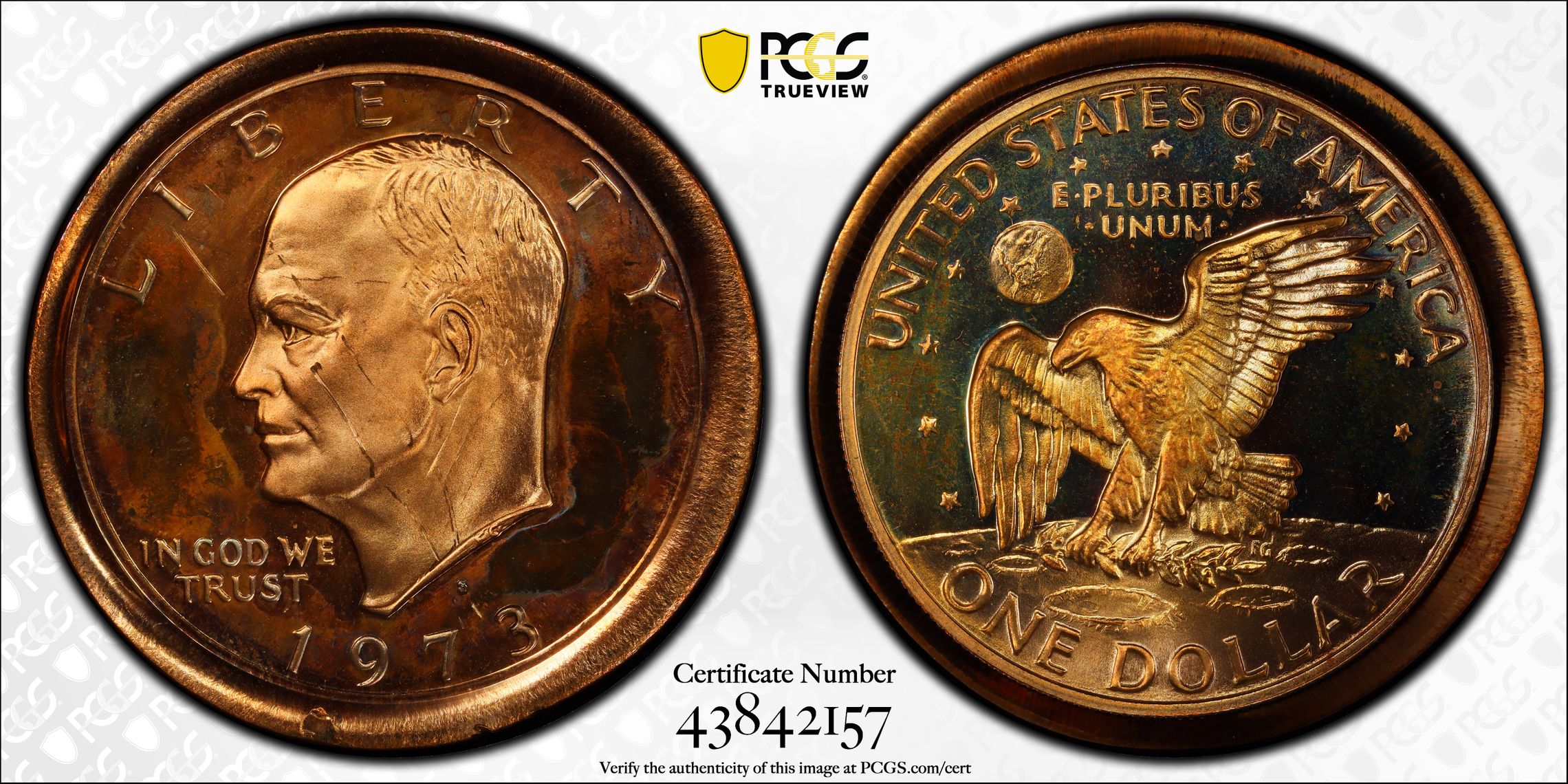 This Unique Proof BRONZE Ike was originally
certified by NGC and featured on the
cover of Mint Error News Magazine Issue 61: 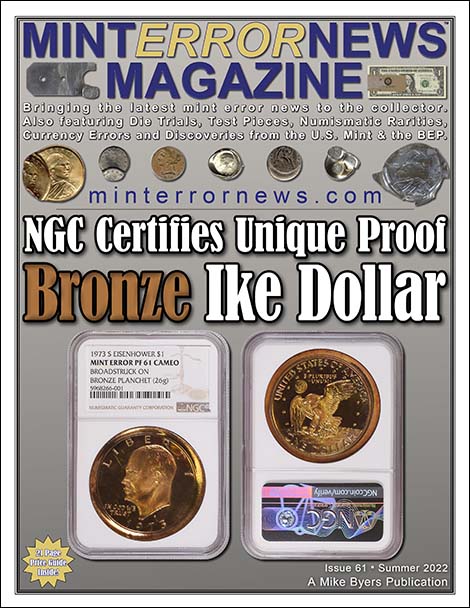