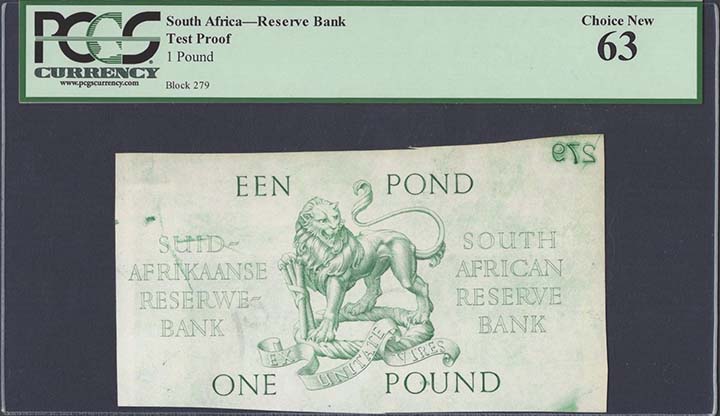 These unique test proofs were discovered in the archives and submitted to PCGS Currency for authentication and grading. I purchased these from the dealer who submitted them to PCGS Currency because they are historical, unique and show the final states of the printing process. These denominations of currency are the 1 Pound and 2 Rand. Each show the identical design of the adopted official currency, but are incomplete.

The 1 Pound Test Proof is a printing of the back, but prior to the overprint of colors. It is uniface (blank front) and is in choice uncirculated condition.


Here is a comparison of the 1 Pound test proof
and the final and official 1 Pound currency: 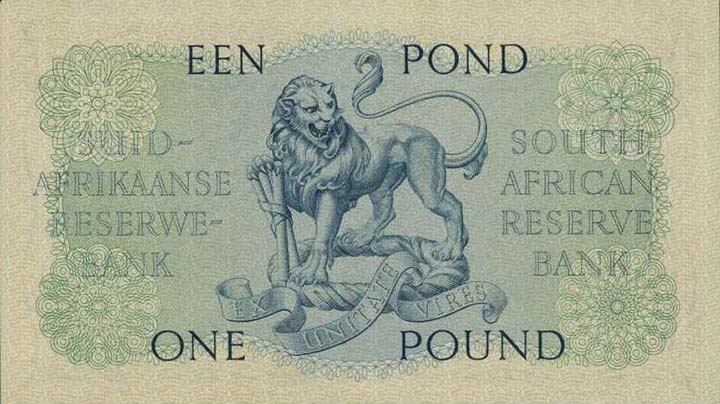 The 2 Rand test proof is a printing of the face (front). It is almost uncirculated and uniface as well. It is missing the overprint which includes the portrait, serial number, signature and color. This printing is not an error (missing an overprint) because it is also uniface and therefore a test proof note. The final and official 2 Rand currency has the portrait of Jan Van Riebeeck on the face of the note.


Here are comparisons of the 2 Rand test proof
and final and official 2 Rand currency:

It is fascinating that somehow these 2 unique test proof currency notes from South Africa were not destroyed after the final production notes were approved and printed. Instead, they were saved, stored and archived for years.

These unique and historical test proof currency notes are worthy of the finest collection or museum of South Africa. Although South Africa is famous for its production of gold coins including these same denominations (Pound and 2 Rand) and of course the Krugerrand. These unique test proofs of South African currency provide insight into the final stages of design, production and printing. 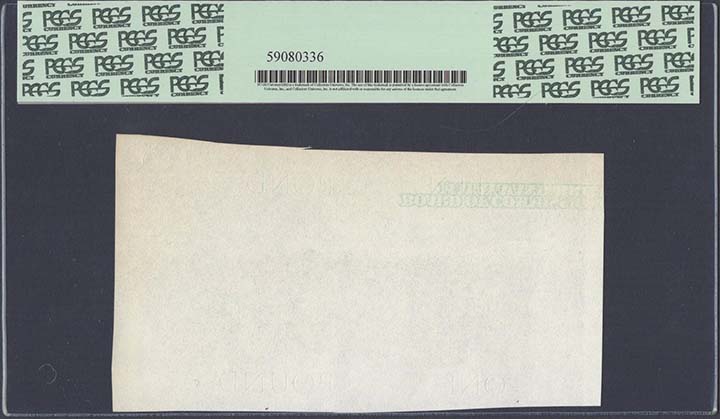