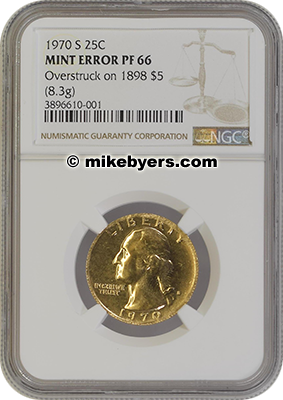 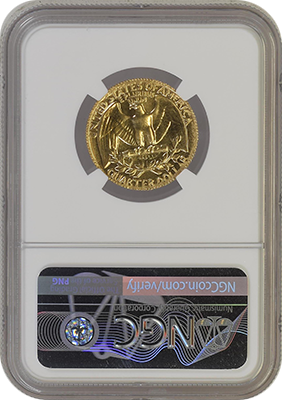 This Proof Gold Washington Quarter was overstruck on an 1898 $5 Liberty gold coin. Under magnification, the date (1898) is fully visible on the reverse above the words QUARTER DOLLAR. Part of the detail from the $5 Liberty design is visible on both the obverse and reverse. It is in gem proof condition and it is amazing that after 50 years, it still looks like it was struck yesterday.

There are no equals in the history of modern U.S. coins. This is the only modern issued U.S. coin that was struck as a mint error in GOLD, whether on a blank or previously struck on a U.S. gold coin.

There are also 6 U.S. Indian Head Cents known that were struck on $2½ gold planchets, certified by either PCGS or NGC. These are valued from 250k to 400k and are seldom offered for sale.

This unique U.S. Gold Quarter, authenticated and certified by NGC PR 66, belongs as the centerpiece and highlight of any collection of U.S. mint errors or unique numismatic rarities. 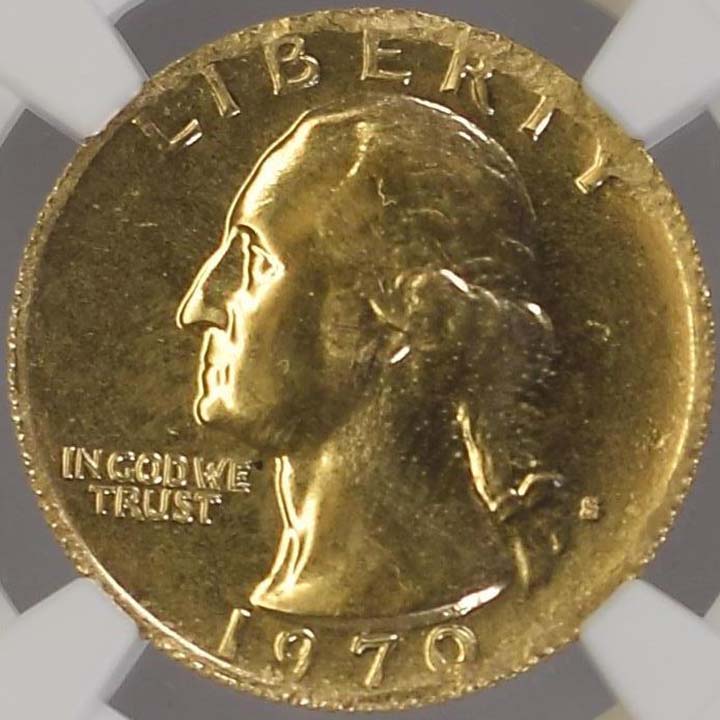 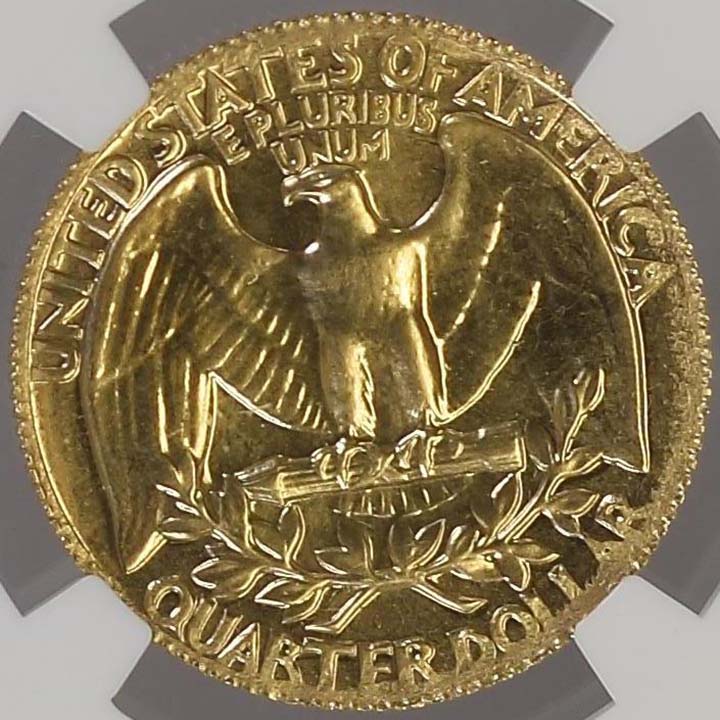 Here is an overlay outlining the 1898 date from $5 Liberty design:

Featured on the cover of Mint Error News Magazine Issue 66: 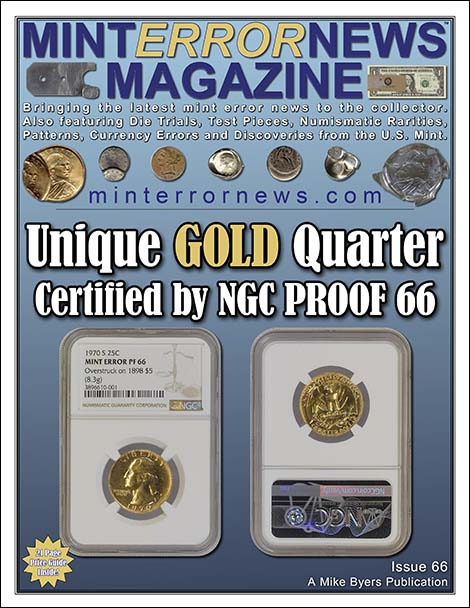