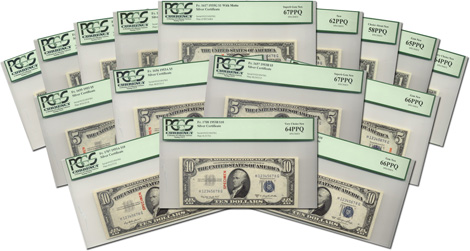 For over thirty years, I have handled many unique rarities and new discoveries from the U.S. Mint and the Bureau of Engraving and Printing. My rarities and discoveries have been featured on the front page of Coin World and numerous other publications including CoinLink, Numismatic News, Mint Error News and others. Some of these discoveries were numismatic rarities, unique mint errors, die trials, test pieces and U.S. currency errors. I’m proud to present my latest discovery, a complete set of unique Specimen Silver Certificates certified by PCGS. It was just purchased via private treaty and originated from The Bank of Poland.

Collectors and historians now have the opportunity to view this previously unknown complete set of U.S. Specimen Silver Certificates. Fortunate collectors may acquire U.S. Specimen notes on current denominations when one occasionally surfaces. To obtain a complete set of previously unknown Specimen Silver Certificates, in superb preservation and certified by PCGS, is a once in a lifetime opportunity for the serious collector of historic rarities from the U.S. Mint or the Bureau of Engraving and Printing.

The U.S. Treasury Dept. has been very careful not to divulge the experimental development of U.S. Currency. One of the biggest insights into test notes or patterns, if you will apply a Numismatic term to U.S. paper money, was the discovery of the Giori Test Sheets the Bureau of Engraving and Printing (BEP) discarded that were recovered later at a landfill, as rumor has it.

These Test Sheets are mostly cut now. However, uncut sheets are desirable and they are very wonderful to study and examine because assay or test notes have either been destroyed or they are seldom displayed by the BEP.

Unlike U.S. currency, U.S. pattern coinage and test pieces have been bought and sold and in some cases traded by the U.S. Mint with collectors and have been avidly studied by Numismatists since 1792. In fact, the finest known 1792 Half Dismes (5 Cent Piece) was just sold for over 1.5 Million Dollars. This coin is one of the first test pieces struck by the U.S. Mint. The silver used to produce these test pieces came from George and Martha Washington’s personal sterling silver set.

Small size Silver Certificates (Series 1935D the Narrow Margin variety) were printed on the old presses in 12 subject sheets. The new Giori paper presses printed 18 subject sheets and the 1935D series back or reverse design was modified into what is known as the Wide Margin variety. 1935D is the “transition” series silver certificate with the onset of the new Giori presses.

Billions of U.S. Dollars are overseas and the BEP made SPECIMEN notes for Foreign Banks to aid in the authentication of U.S. Paper Money abroad. This is not a new concept as “Currency Shields” were made during the 1860’s for U.S. Banks to authenticate the new “Fractional” currency being made in America during a time when new notes not seen before were being quickly issued. These shields are very desirable and collectors buy and sell the few that are available.

Specimen notes are extremely rare and very few are known to exist today. The 16 silver certificates which are pictured here are from The Bank of Poland. It is believed that these 16 notes were issued after the Giori Test period as The Bank of Poland was provided only with the before and after 1935D wide and narrow types and then all of the following issued Silver Certificates. This group represents the complete set of silver certificates issued by the United States after the Giori Press came into use.

The Silver Certificates featured in this unique set have the word SPECIMEN printed in red ink on both sides by the BEP. These notes are the only known Silver Certificates of this type in private hands. Every note has a solid non-zero serial number indicating it was legally issued. Specimen notes of solid zeros are subject to confiscation but Specimen notes with a serial number are not the subject of Government confiscation. Banks are not State owned and therefore their contents can be bought and sold. The Bank of Poland sold these notes which were originally obtained from the U.S. Government. 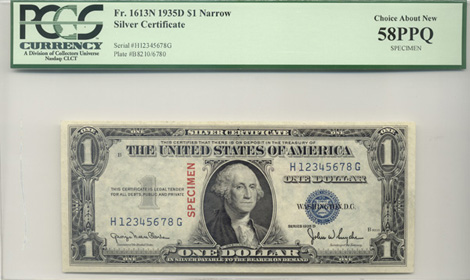 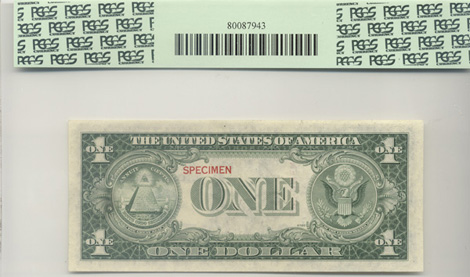 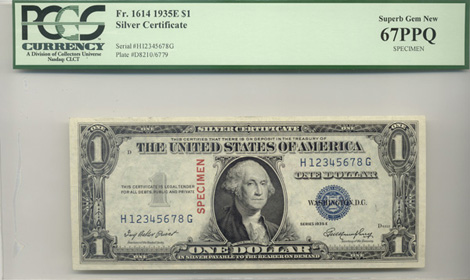 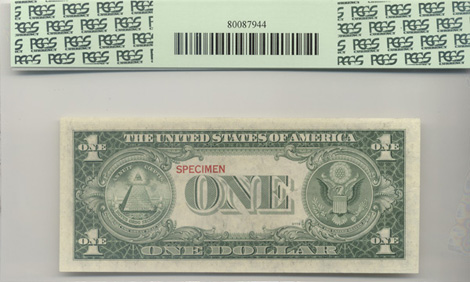 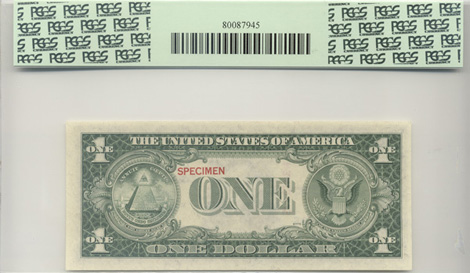 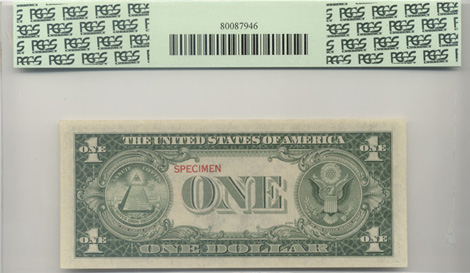 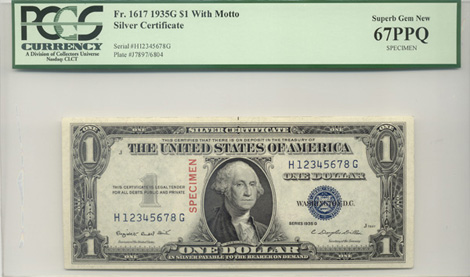 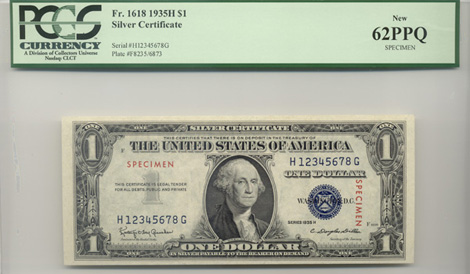 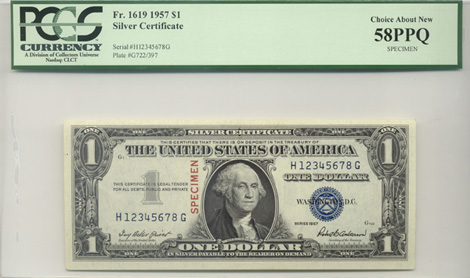 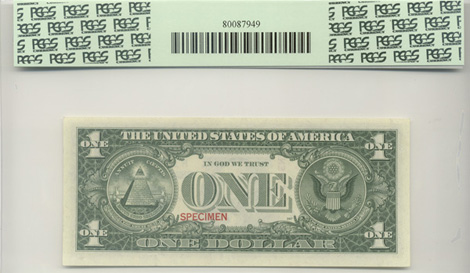 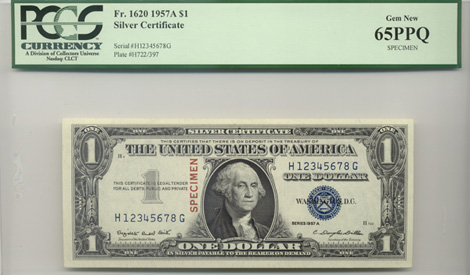 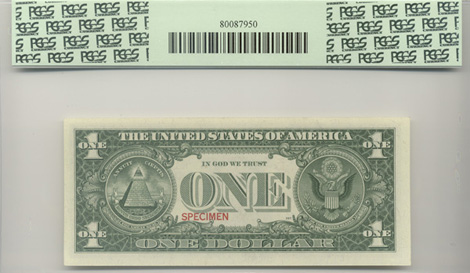 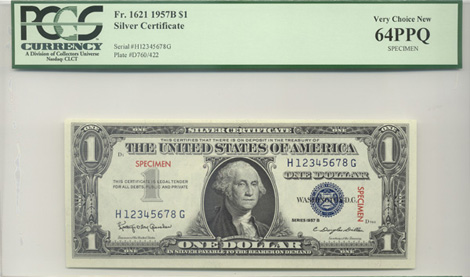 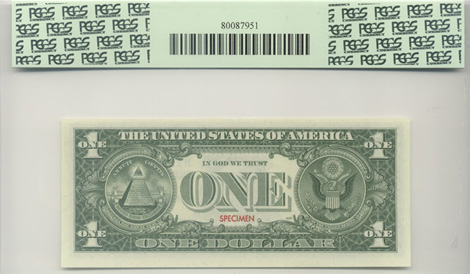 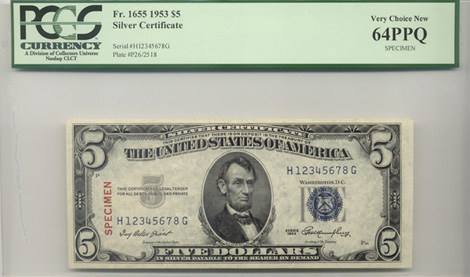 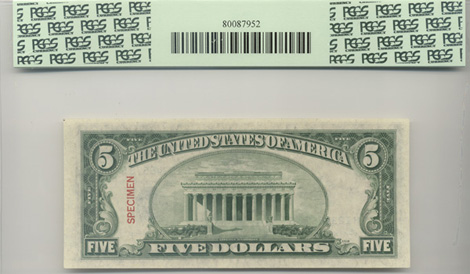 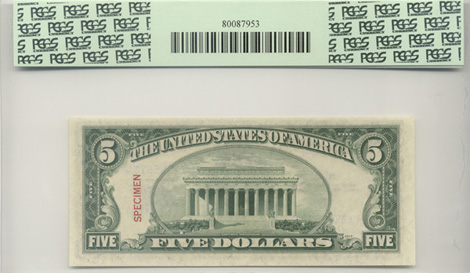 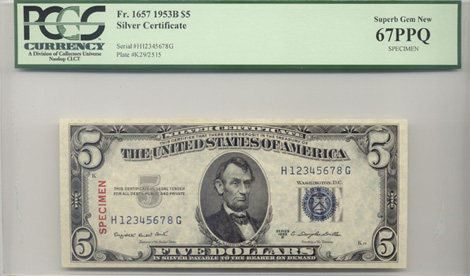 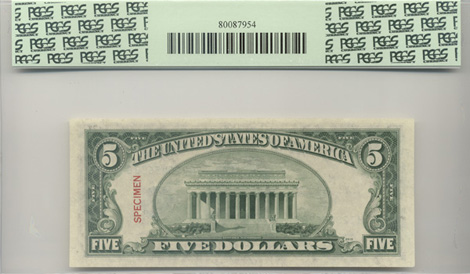 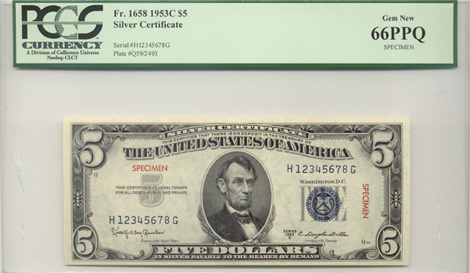 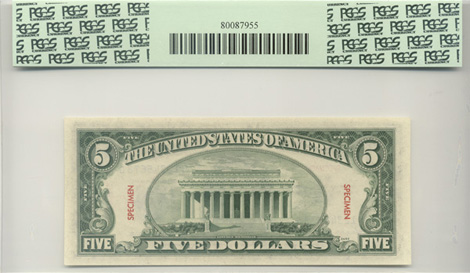 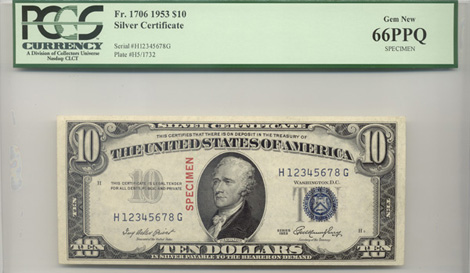 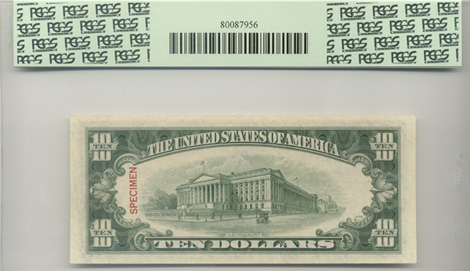 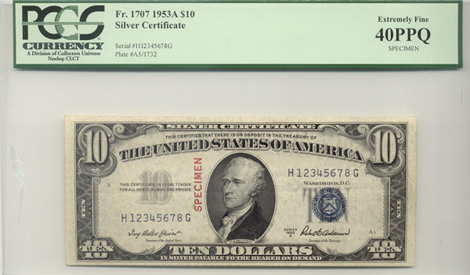 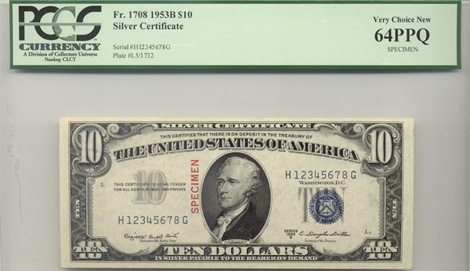 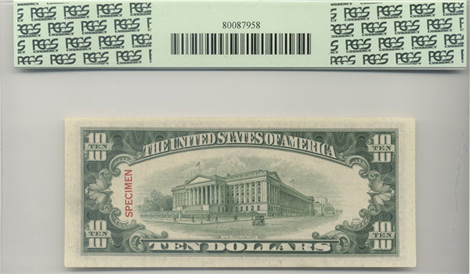