This is a unique set of nineteenth century Paraguay patterns that were overstruck on previously struck gold coins. NGC recently certified this spectacular discovery set which was published for the first time as a Mint Error News Magazine cover story.

Throughout history, some overstrikes were intentionally produced for several reasons. Sometimes overstrikes occur due to a coinage shortage. Another factor is the lack of available planchets to strike a new design.

The second type of overstrike is a coin which is struck (either deliberately or as a mint error) on a previously struck coin from a different era and country. In ancient times, it was not uncommon to strike coins over previously struck coins with portraits of earlier Kings. In Colonial times, coins circulating were sometimes struck using other coins that were in circulation, regardless of whether they were from the country striking the coin or from a different country.

The fascinating aspect of this unique set of Paraguay overstrikes is the fact that the dies used were unfinished pattern dies which had incomplete dates and that these four patterns were struck over struck gold coins. These gold coins were from Paraguay, Chile and Argentina and are on different denominations with different dates. Several of the gold coins that were overstruck are either rare dates or rare types and were in spectacular condition when they were hand selected. There is no doubt that this was a presentation set that was struck in the Mint and preserved to this day in mint state condition. This set is one of the most historic, dramatic and unusual numismatic rarities ever struck by an official Mint.


The largest gold overstrike was a Pattern for the Paraguay Peso. The unfinished die only had the first two digits of the date. It was struck over an already struck Chile 1849 8 Escudos and is in magnificent condition. There is considerable detail of the 8 Escudos visible on both the obverse and reverse under the design for the Paraguay Peso. This is the most fascinating gold overstrike in this set due to its large size, condition of preservation, detail present from both designs and its status as being unique. 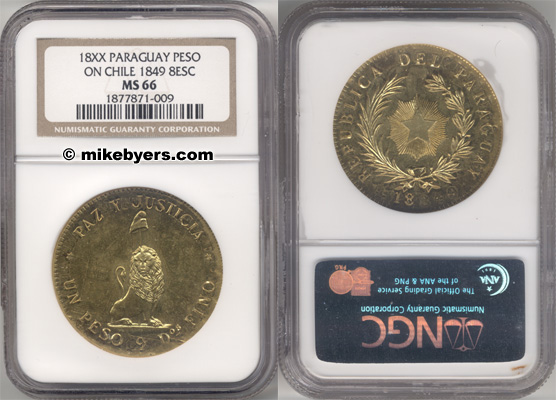 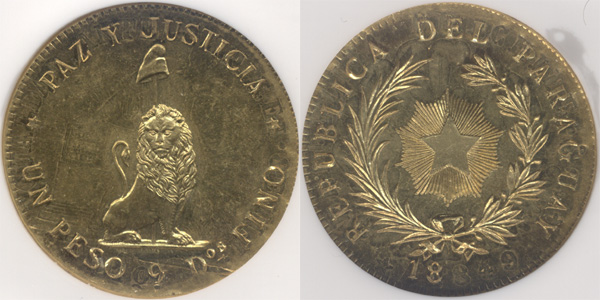 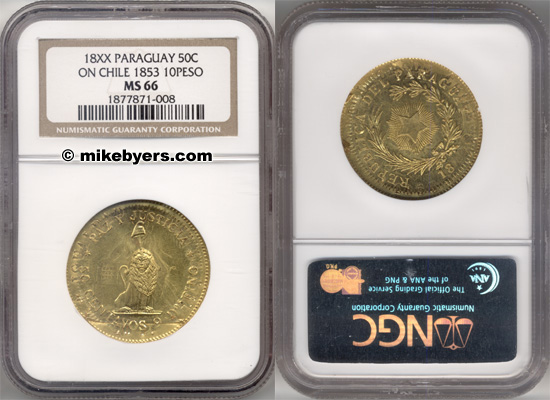 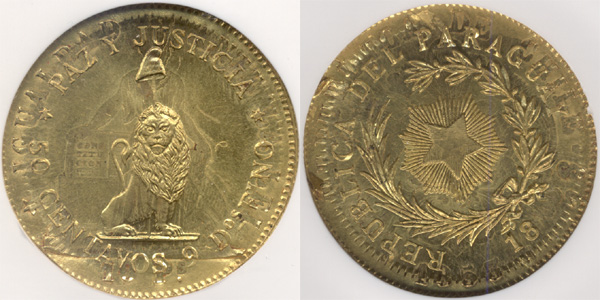 
This gold overstrike was also for the Paraguay 50 Centavos Pattern. Using the same unfinished die as the gold overstrike described above, it was struck over an already struck Chile 1859 10 Pesos and is in gem condition. Since the size of the Chile 10 Pesos was very close to the diameter of the Paraguay 50 Centavos, some of the design of the understrike is visible on both sides. This pattern overstruck in gold is also unique. 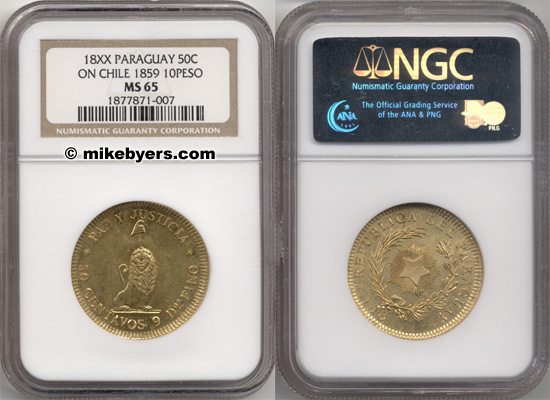 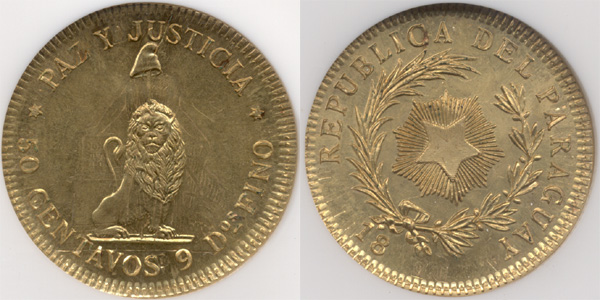 
The fourth gold overstrike was created when an Argentina 1887 5 Pesos was used instead of a blank planchet to strike this Paraguay 20 Centavos. Once again, the unfinished die was used to strike this coin. There is considerable detail of the Argentina 5 Pesos on both the obverse and reverse under the design of the Paraguay 20 Centavos. It is also in gem mint state condition. This pattern overstruck in gold is also unique. 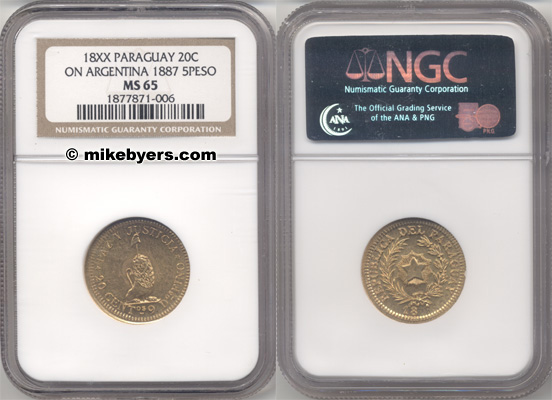 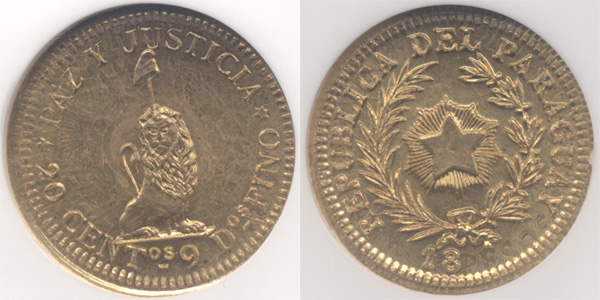 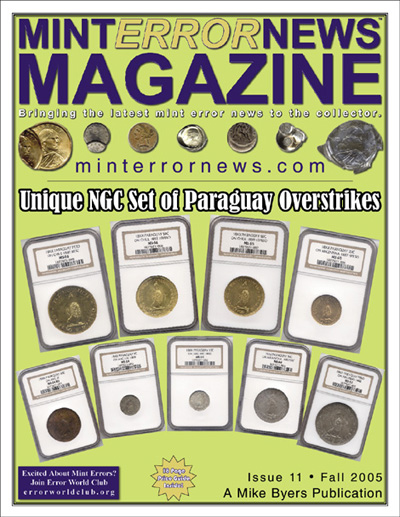