Why a $5 pattern in 1860? According to Judd, in 1860 the U.S. Treasury discovered that counterfeiters had been sawing $10 gold pieces in half edgewise and replacing the center with platinum. At the time, platinum was worth less than half the value of gold. These pieces were extremely hard to distinguish from the untampered coins, so an experiment was undertaken to produce a thinner and broader gold coin.

The U.S. Mint experiment culminated in the production of a $5 gold pattern (Judd-271, Pollock-319) that was considerably thinner than a normal $5 gold piece and had the diameter of a $10 gold piece (27mm). An interesting feature of this pattern is that an inverted A was used in place of the V in FIVE in the legend FIVE DOLLARS.

This piece, which is the plate coin in Judd and in Pollock, is a reverse hub trial of the legends for Judd #271. It is 31 mm in diameter and larger than a $10 gold piece (27mm). The letters are both incused and reversed on the piece since this is an impression from a hub. The legend reads "UNITED STATES OF AMERICA FIVE DOLLERS". The misspelling of "dollar" presumably didn't matter because layout was the primary consideration. Also of note, the V in FIVE is from an upside-down A punch, as on the gold pattern.

This unique reverse hub trial piece is pedigreed to the F.C.C.Boyd Collection, then in the Abe Kosoff Collection and eventually was lot 1166 of the Abe Kosoff Estate in the Bowers and Merena Auctions, Nov. 4, 1985.

In addition to being the plate coin for all of the Judd and Pollock editions and having an extensive and famous pedigree, it is also listed in uspatterns.com.

This piece is unique. 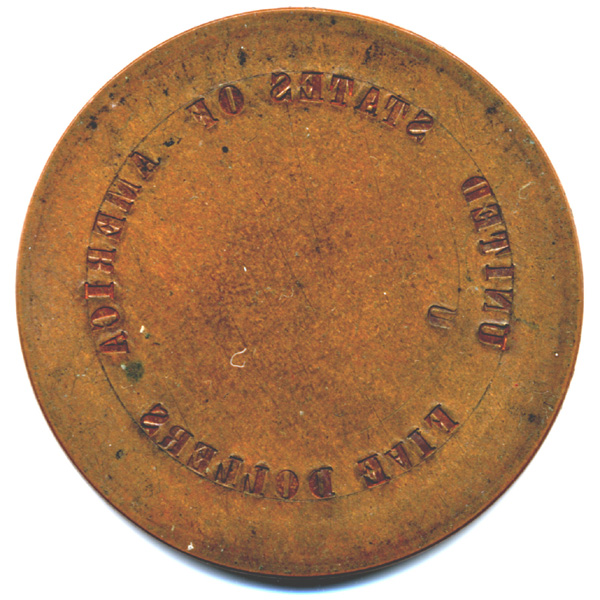 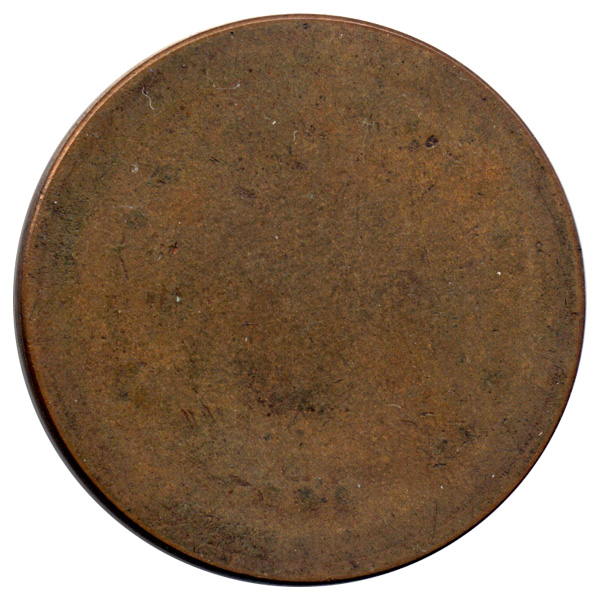 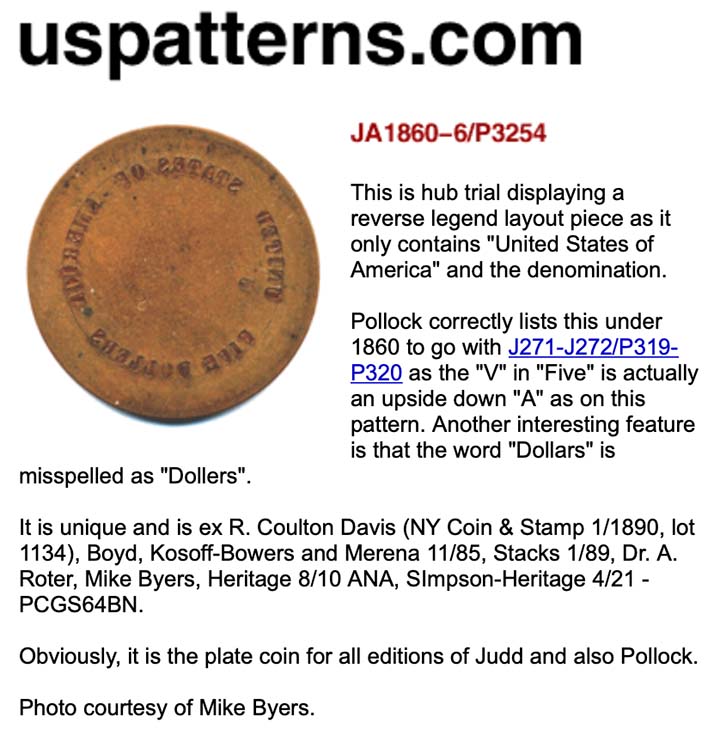 Here is an example of the reverse of
the adopted design for the pattern.