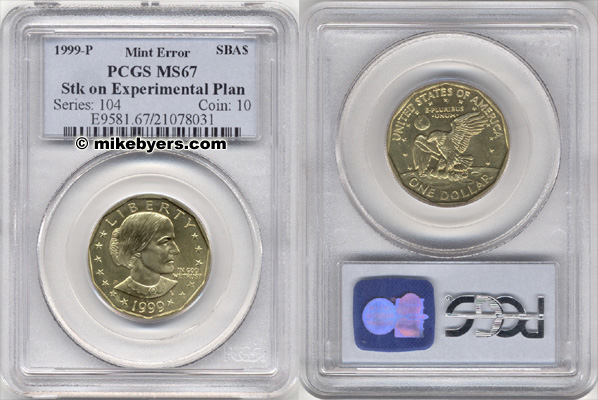 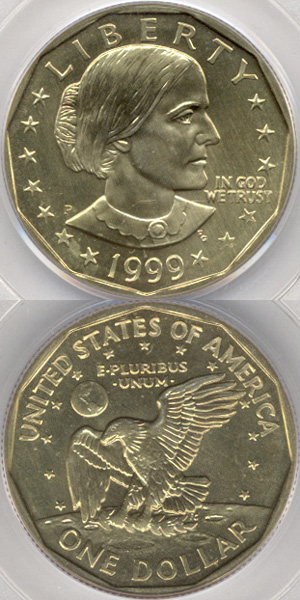 These experimental State Quarters have sold for as high as $10,000 each, depending on which state, the coin's condition and which type of experimental composition was used. To date, there are approximately 15 known State Quarters on experimental planchets. All five states in the 1999 series (DE, PA, CT, GA and NJ) have been discovered.

Now...Four SBA Dollars struck on experimental planchets have been discovered!

These are the same type of planchets that were used when the 1999 Experimental State Quarters were struck.

PCGS has authenticated all four known pieces to date. The specimen photographed here is a SBA Dollar with a slight "green" color and a copper center core. 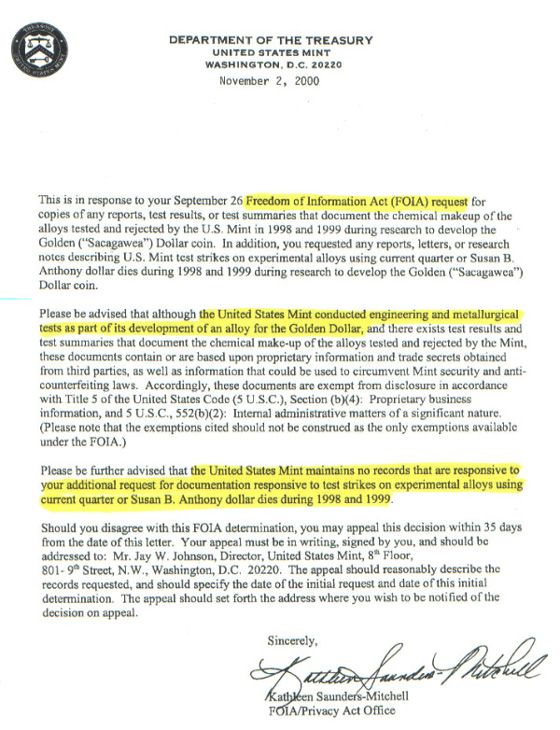