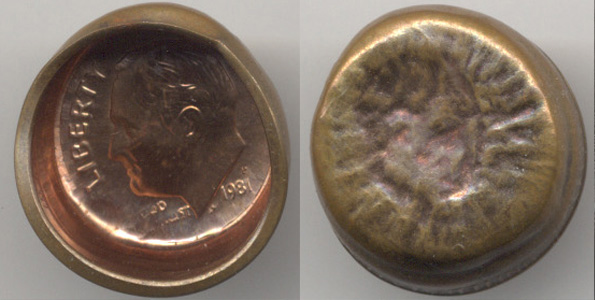 It was then struck by a Roosevelt Dime obverse die. The reverse of this strike was an incuse brockage with a Dime design since it rested on a struck Dime. It then became an obverse Dime cap, taking the shape of the obverse Dime die, which deepened this dual denomination dual cap even more.

There are a few known cap die coins on other planchets and even one that is an off-metal.

This piece is unique because it first was a Lincoln Cent obverse cap, then overstruck by a Dime die and subsequently became a Dime cap over a struck Cent cap in copper.

Upon examination of this unique discovery coin, you can see the design of the Dime cap on both sides blend into the design of the original Cent cap, creating an even higher cap with the detail of both denominations visible. This unique dual denomination dual cap off-metal is in Gem Mint State condition with blazing red color on the inside of the cap. This piece would be the highlight of any Major Mint Error Collection. It is one of the most spectacular and dramatic errors I have ever handled! 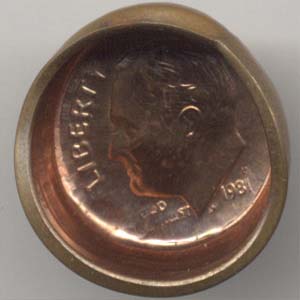 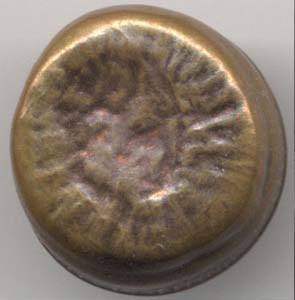 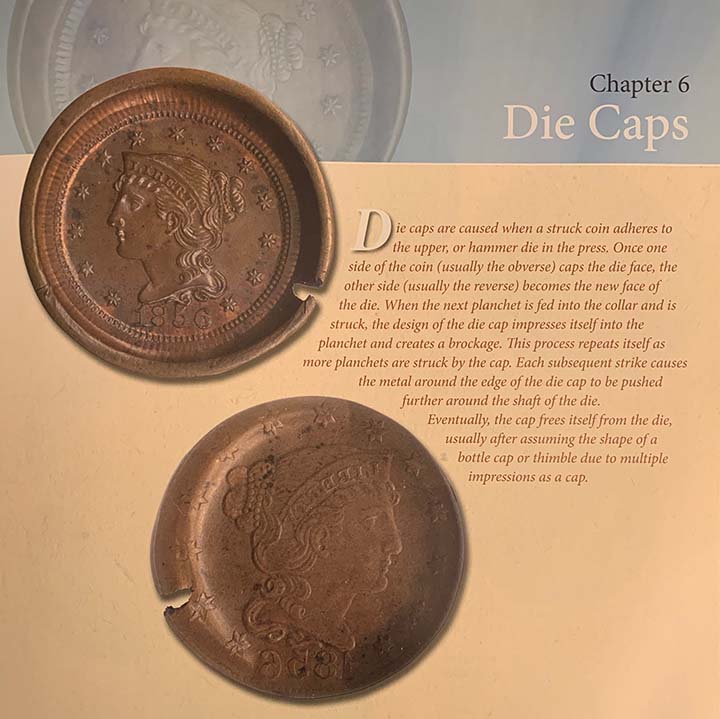