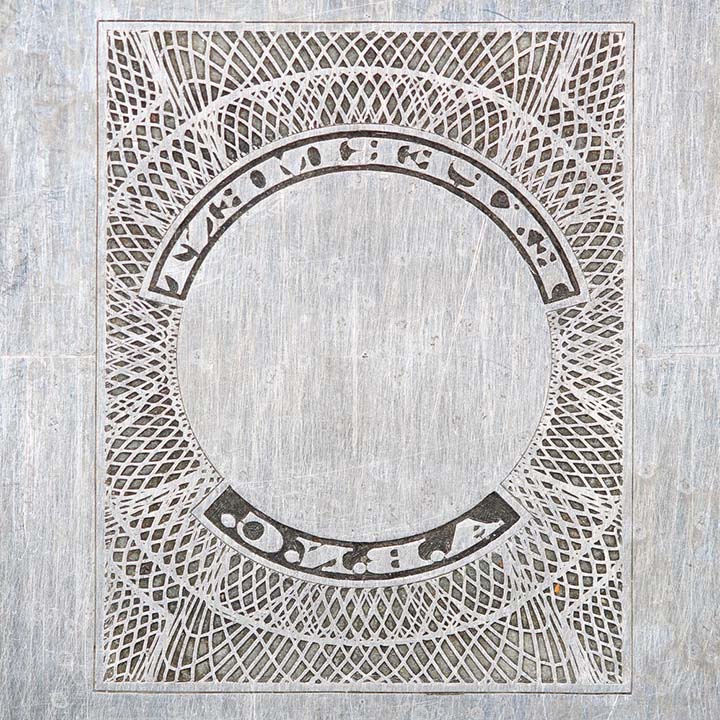 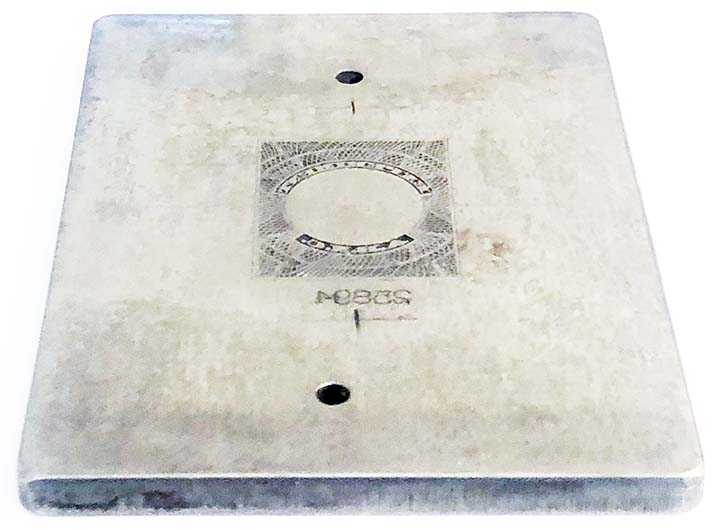 
This experimental stamp printing plate from the American Bank Note Company is one of only two known. The dimensions of the plate are 2.5" x 3.5" and it is number 25894. The steel plate was produced by John Sellers & Sons in Sheffield, England, a company established in 1820 that manufactured engravers plates, dies and tools. The American Bank Note Company incorporated hand-engraved lettering and pictures along with geometric patterns created by a specially engineered lathe. The intricacy of the design was implemented to guard against forgery. This experimental stamp printing plate has "EXPERIMENT / A.B.N.C." hand-engraved as well as an intricate geometric design.

The American Bank Note Company was founded in 1795 (initially as the Murray, Draper, Fairman & Company) by Robert Scot, who was the first official engraver of the U.S. Mint. This company became the nation's most prominent engraving and printing firm. The company's products included superior quality stock and bond certificates, paper currency for the nation's thousands of state-chartered banks, postage stamps for the U.S. Government, and a wide variety of other engraved and printed products. In addition, the American Bank Note Company printed currency notes for many world countries.

In a 2005 New York Times article, Q. David Bowers, an authority on coins and bank notes, referred to the archives "like opening King Tut's tomb." Also in the article, Steve Blum stated that "items with historic or artistic significance, in Mr. Bowers's opinion, could bring tens of thousands of dollars each. Better pieces will be donated to museums or collectors' societies." John Albanese mentioned that "they had already turned down an offer of $150,000 for the printing plate of a Walt Disney Company stock certificate showing the founder and his famous mouse."

This experimental stamp printing plate from the American Bank Note Company is one of only two known. The other experimental plate is number 25893 and has a similar design. This plate is a significant part of the history of United States stamp production.

Below are images of both sides of the entire stamp printing plate: 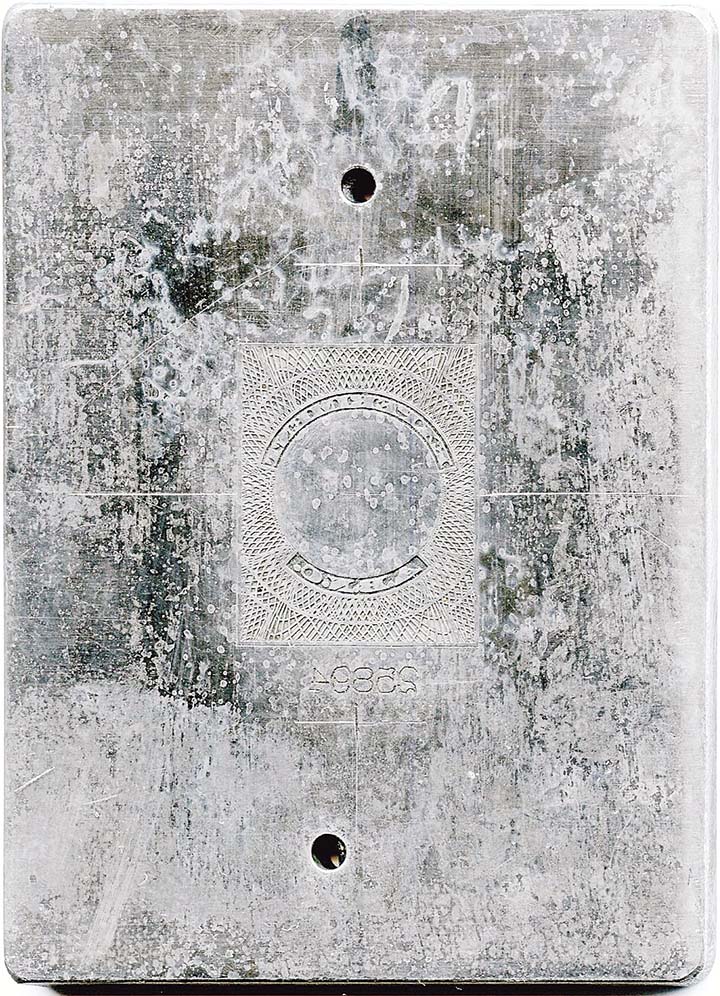