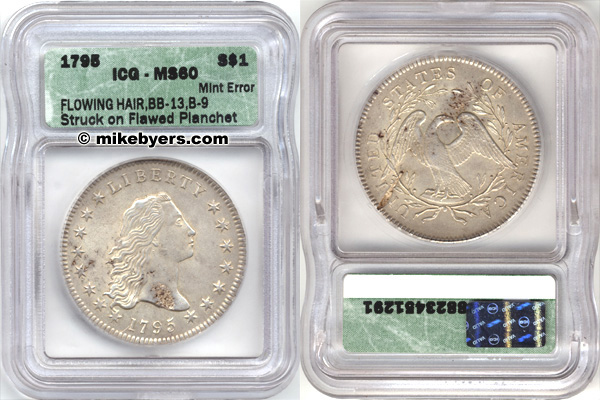 This piece is virtually as struck with razor sharp detail, full cartwheel luster, light original gold and orange toning and with no rub on either side. It was struck on a planchet with major flaws on both sides. This coin never should have been struck, instead the blank should have been melted.

This Mint State Flowing Hair Dollar is well known in the Numismatic Community and has an impressive pedigree throughout the decades.

The wholesale Coin Dealer Newsletter Quarterly lists this rarer two leaves variety at $30,000 in MS 60. This coin is severely under-graded and almost every Professional Numismatist who viewed this coin graded it choice Mint State 63. It appears to have been graded conservatively due to the planchet flaws on both sides. Since it is correctly attributed as a Mint Error, the planchet flaws should not have influenced the grading.

This unusual type of Major Mint Error is on a choice Mint State Flowing Hair Dollar with a great pedigree. 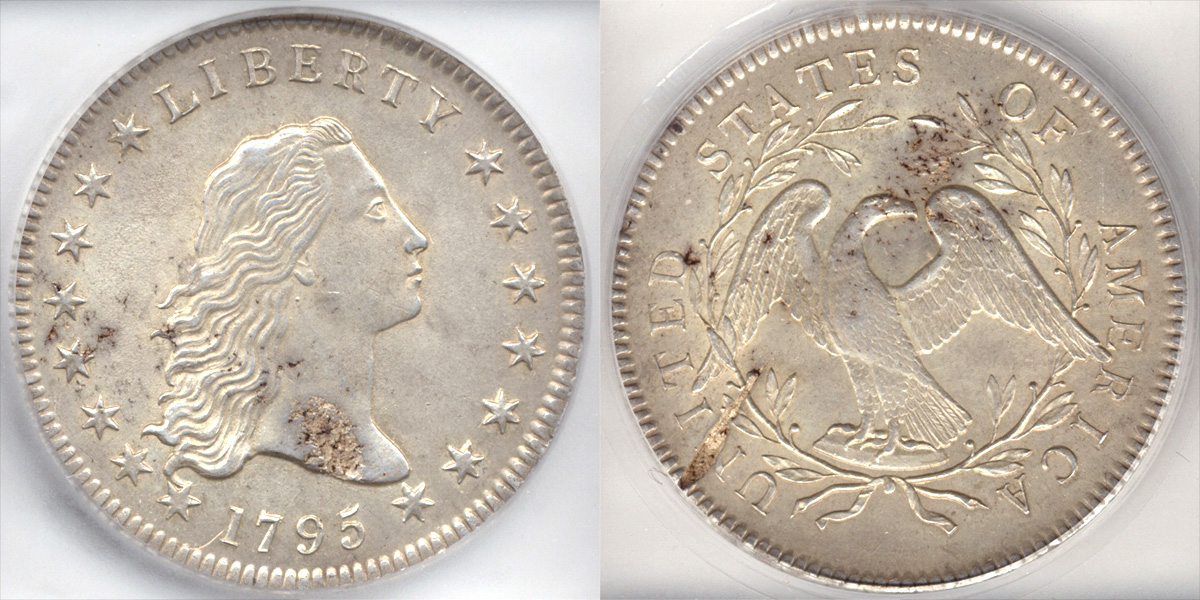