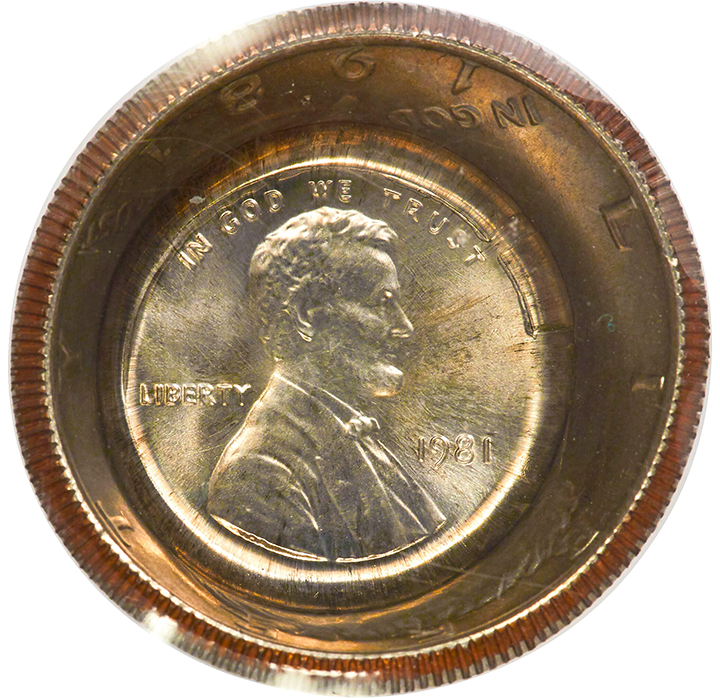 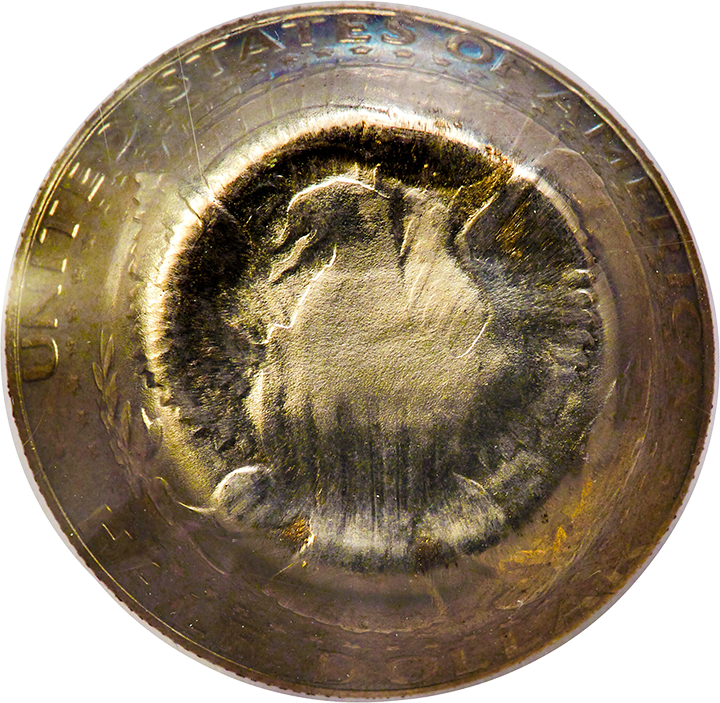 This is an extremely dramatic, fascinating and unique double denomination 1981-P Kennedy Half that was overstruck with the obverse die used to strike 1981 Lincoln cents.

This is the only known Kennedy Half struck by an obverse Lincoln cent die. I purchased this in 2000 from Henry Hilgard and immediately sold it to a customer. It has subsequently traded hands several times and stands alone as a unique mint error.