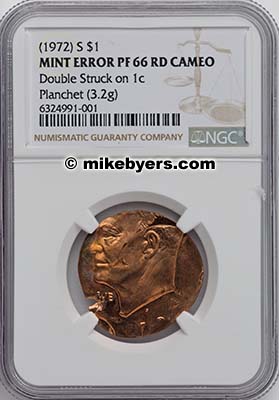 This is one of the most spectacular Proof Ike Dollar Mint Errors known today. Not only is it a spectacular double struck, it is also struck on a copper cent planchet weighing 3.1 grams and is one of two known.

This proof mint error is the ultimate modern major mint error on the highest denomination and has survived 50 years in amazing quality and preservation. It has deep mirror surfaces with virtually all of the original red showing. The obverse and reverse show considerable detail from both strikes. This proof major mint error belongs in a collection of Eisenhower Dollars or major mint errors. 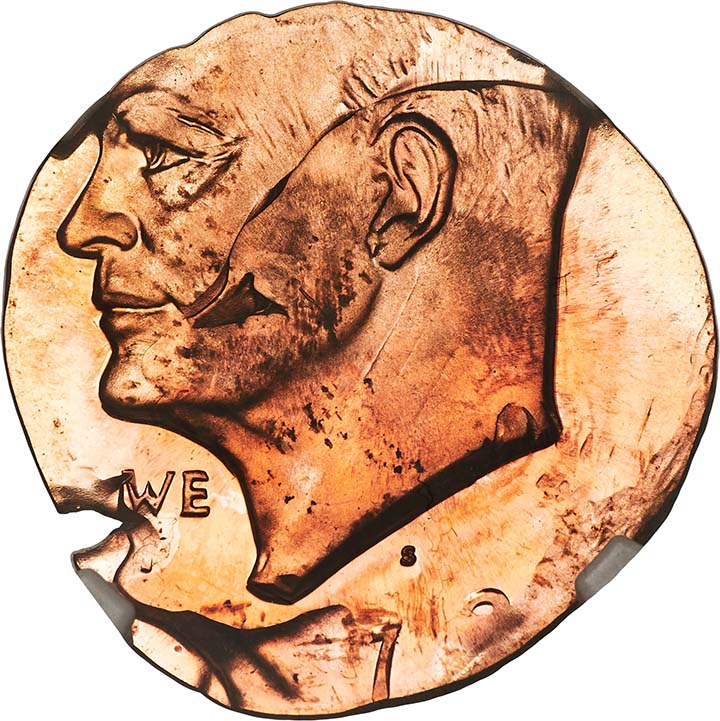 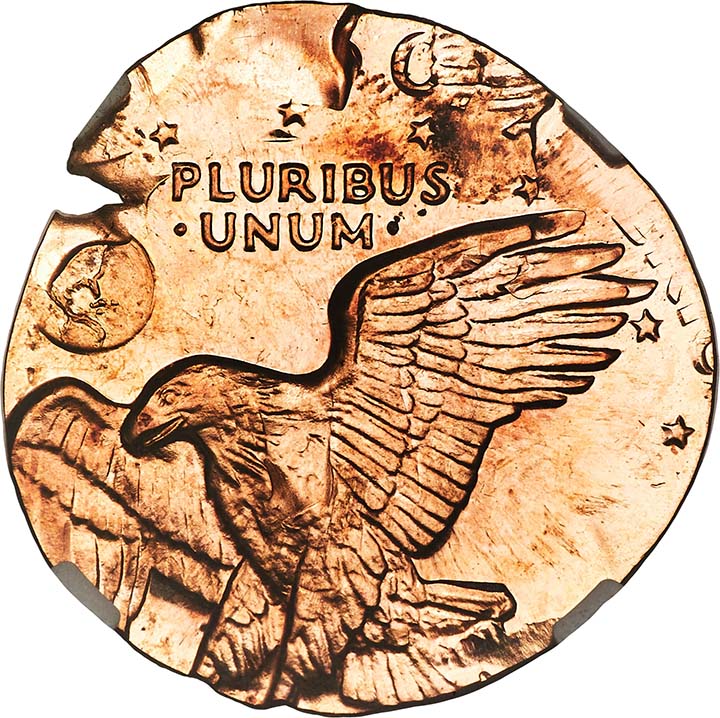