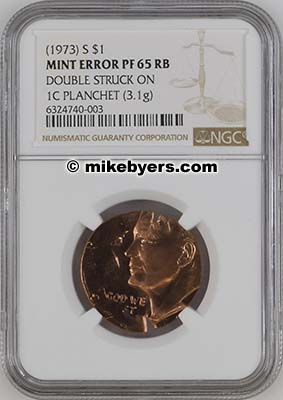 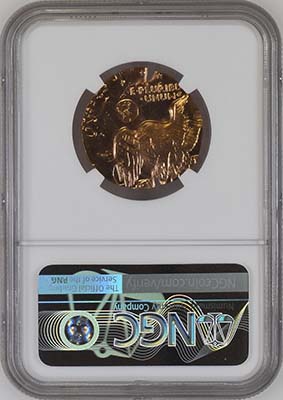 This is one of the most spectacular Proof Ike Dollar Mint Errors known today. Not only is it a spectacular double struck, it is also struck on a copper cent planchet weighing 3.1 grams and is one of two known. 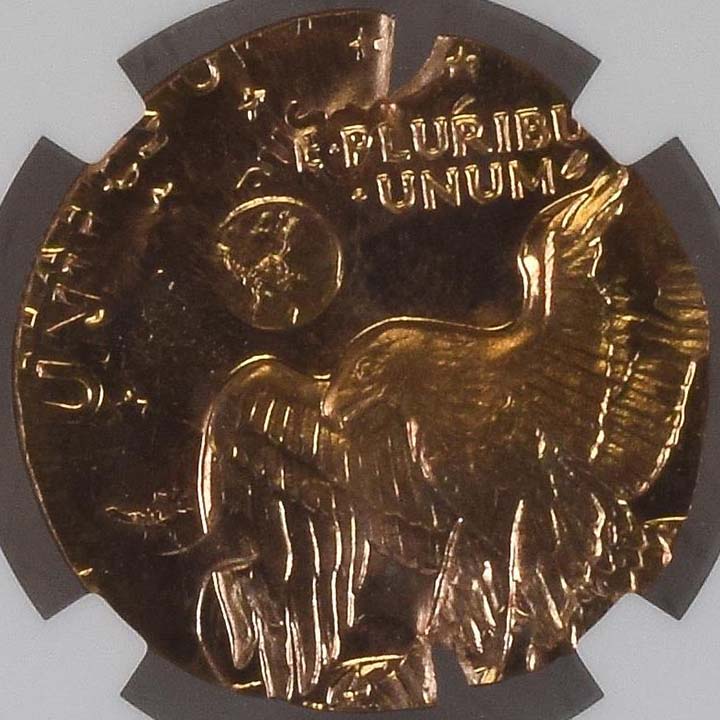