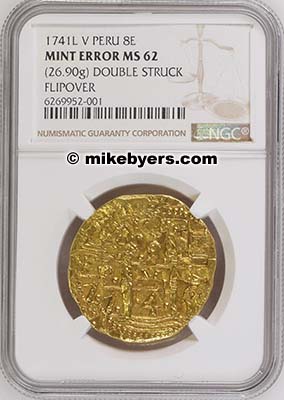 This 1741 Peru Gold 8 Escudos is a very rare South American gold coin. It is a spectacular and dramatic triple struck flipover creating a dramatic numismatic rarity. It is tied for finest known, with the only other mint state example being a normally struck 8 Escudos certified MS 62 by PCGS.

I have handled many gold mint errors and die trials from around the world in the last 40 years and this triple struck flipover 8 Escudos ranks at the top.

It is undergraded since it shows considerable luster and reveals especially thick die polish lines in the recesses between the raised features, giving the feeling that this coin did not circulate and was preserved.

The gold 8 Escudos is one of the most popular coins ever minted and is collected worldwide. King Philip V was the King of Spain when this gold coin was struck in Peru. It was struck at the Lima Mint and has a weight of 26.90 grams. The gold 8 Escudos was accepted as legal tender in the United States until 1857 and is also widely sought after by serious numismatists in the United States. 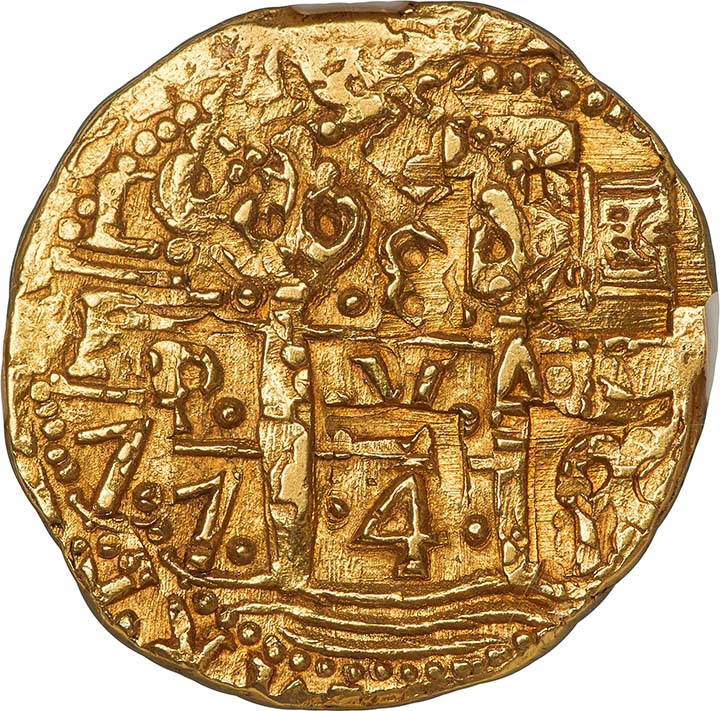 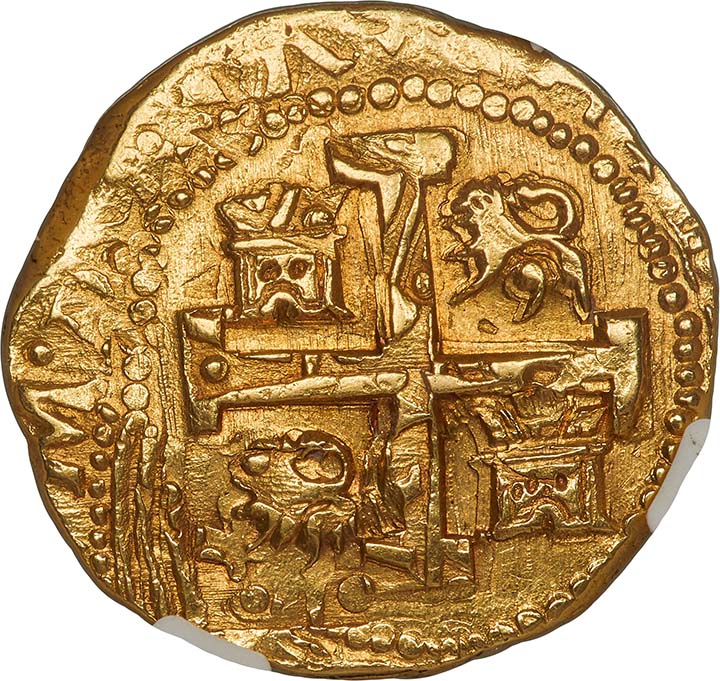 Detail can be seen from the understrike
before the coin flipped over: 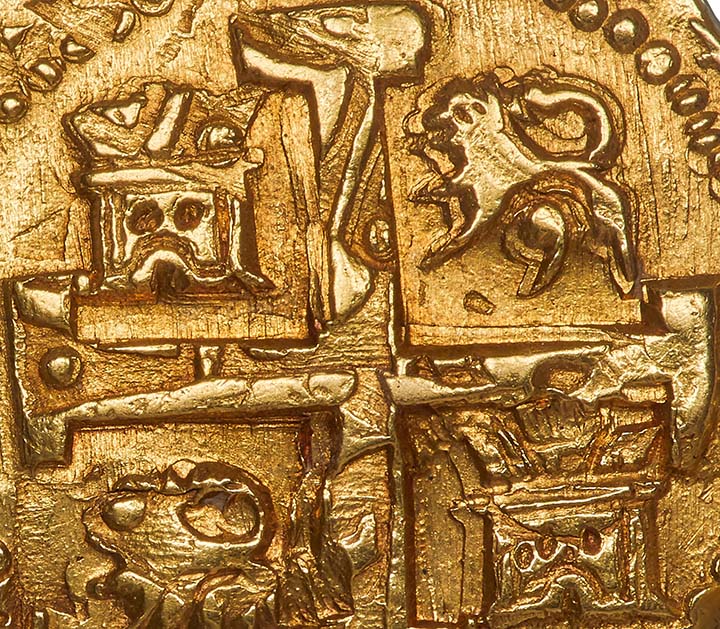 Detail can also be seen from the additional
strikes after the coin flipped over: