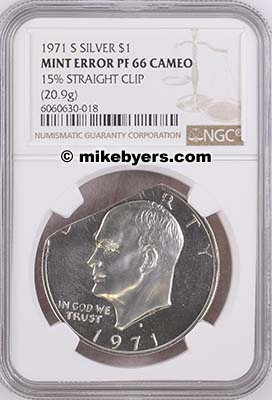 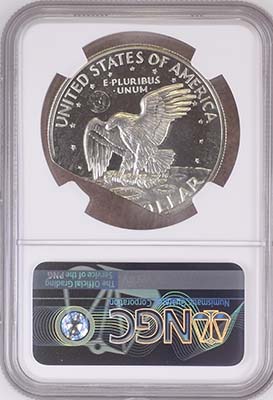 This unique discovery is the only known 15% Straight Clip on a silver proof Ike dollar. It was struck on the end of the planchet strip. It weighs 20.9 grams instead of the normal 24.5 grams.

Recently, a 40 year old U.S. proof mint error collection was sold. It is amazing that this mint error survived the minting process and was just certified by NGC. 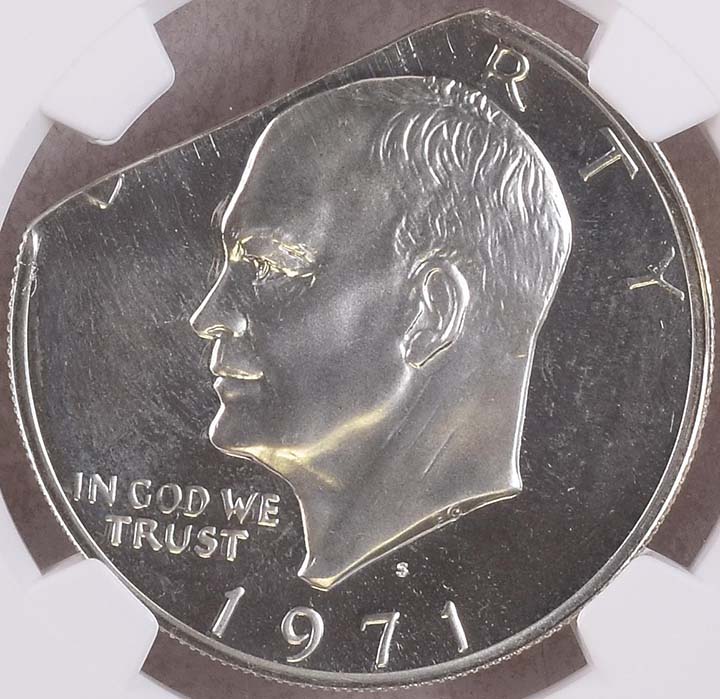 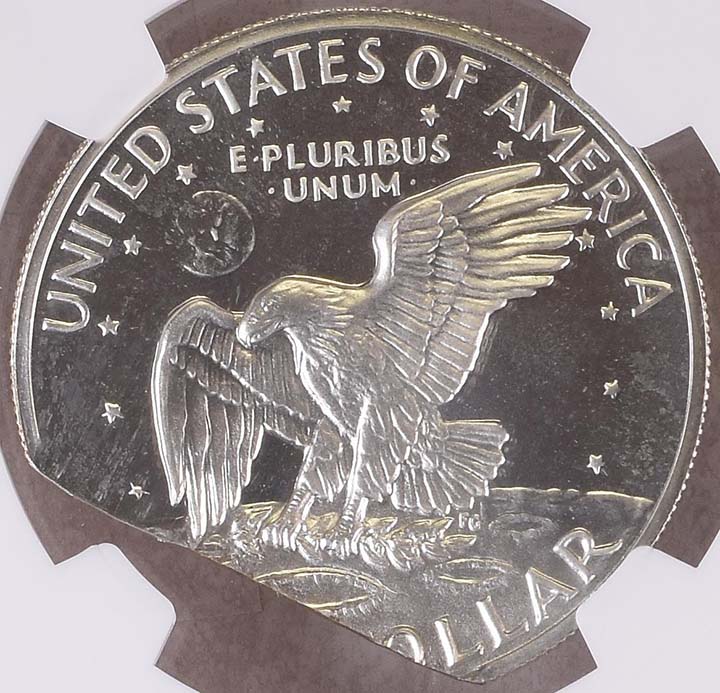