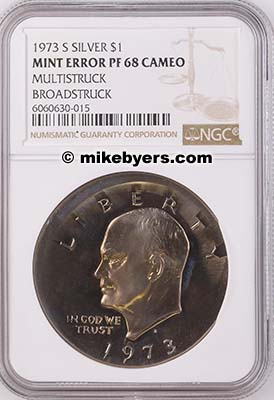 This proof Ike Dollar was multistruck and broadstruck on a SILVER planchet. The first strike was normal with full reeding. The subsequent strikes were broadstruck out of the collar. There is visible design of the first strike, including a double profile and LIBERTY on the obverse, and a double UNITED STATES OF AMERICA and eagle's wing on the reverse. 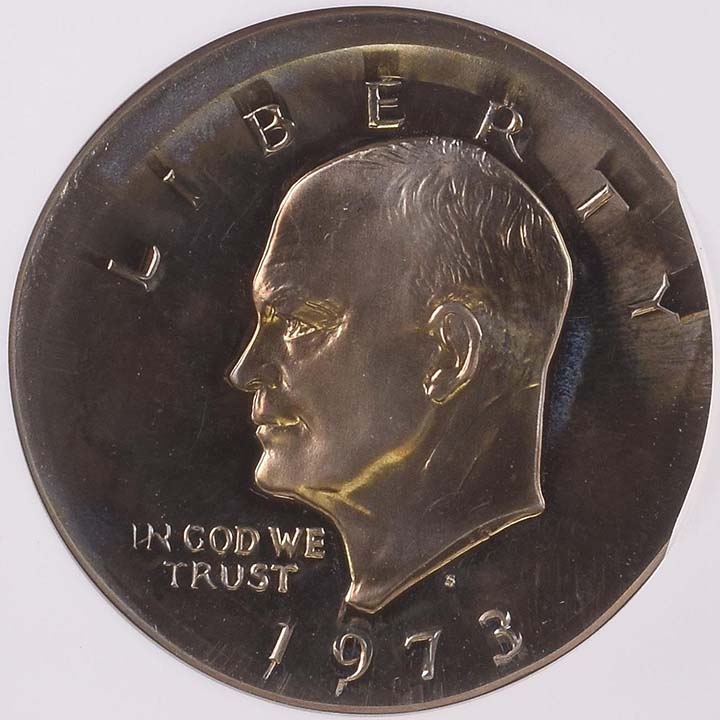 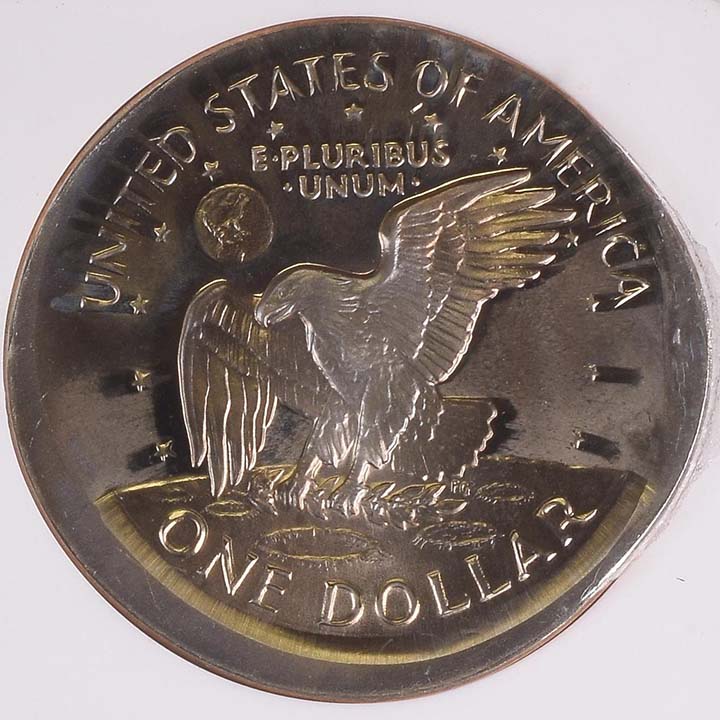