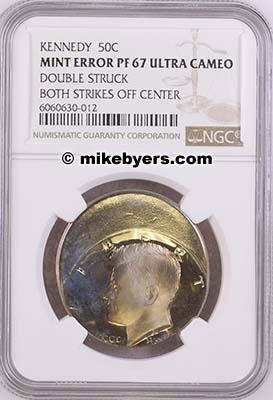 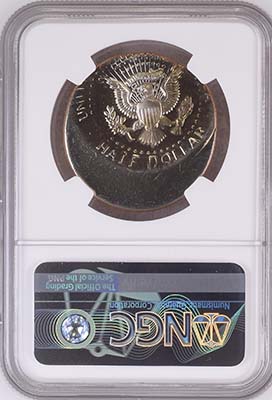 This proof Kennedy Half Dollar was struck 30% off-center. It was double struck with both strikes overlapping each other. It is in gem proof condition with a cameo portrait and eagle. 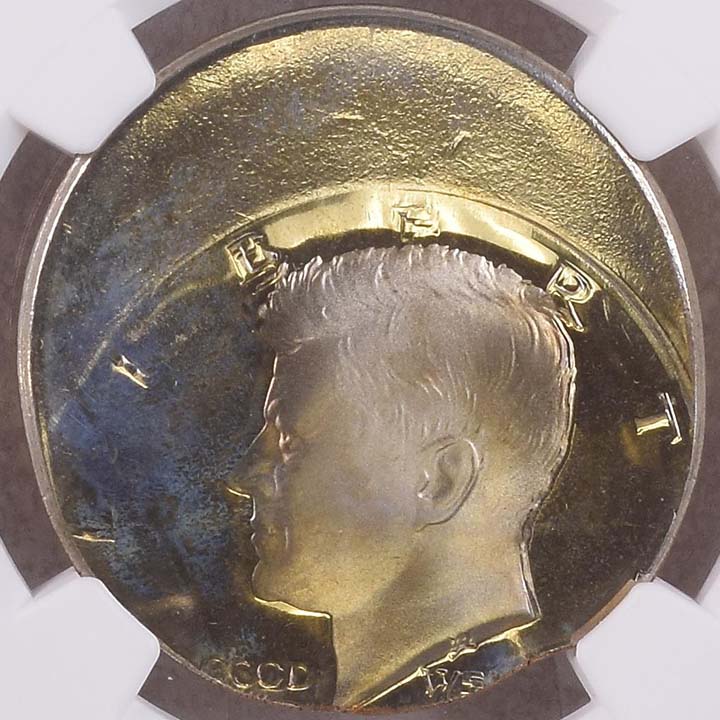 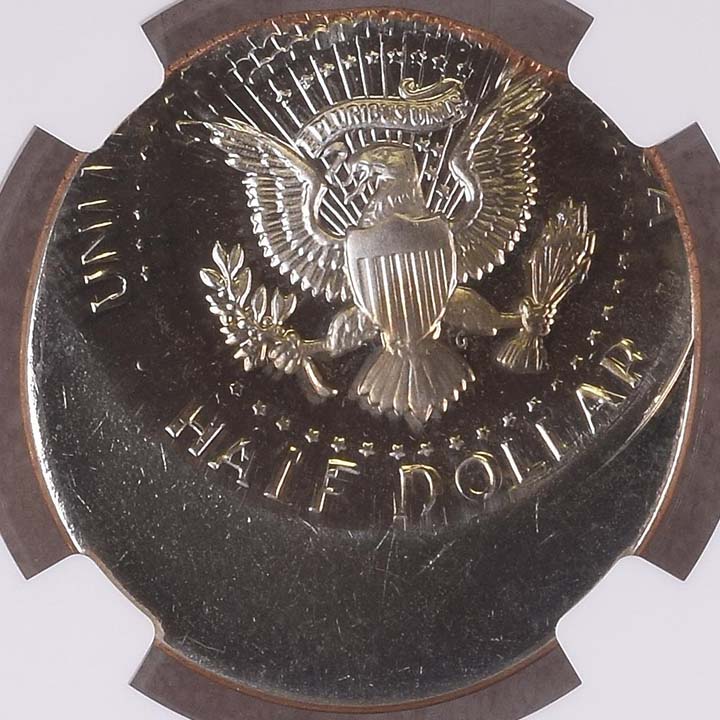