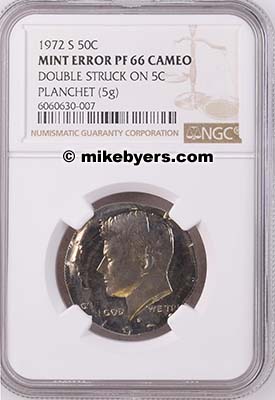 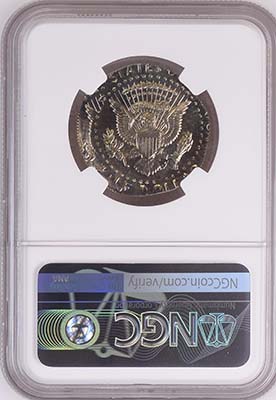 Although there are a few known proof Kennedy Halves struck on Nickel planchets, this one is unique since it was double struck. It is in gem proof condition, shows the date and is a stunning example of a proof off-metal. It is very dramatic since two profiles of Kennedy are visible on the obverse. 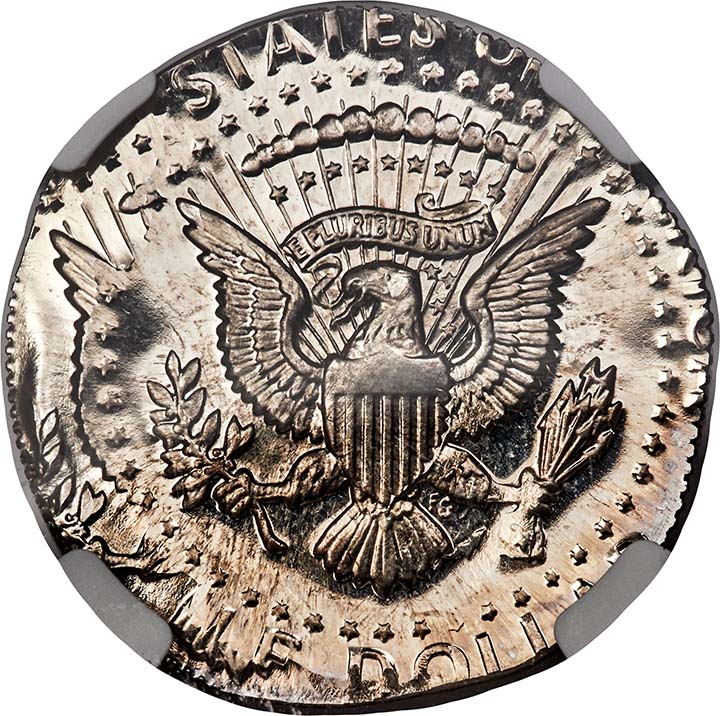