Although there are a few known double struck proof Kennedy Half Dollars, this is one of the finest known and one of the most spectacular U.S. proof mint errors ever discovered. It is hard to imagine a proof double struck U.S. coin that is more dramatic and that has this level of eye appeal and rarity. This is an off-center flipover double struck where each side shows the obverse and reverse. 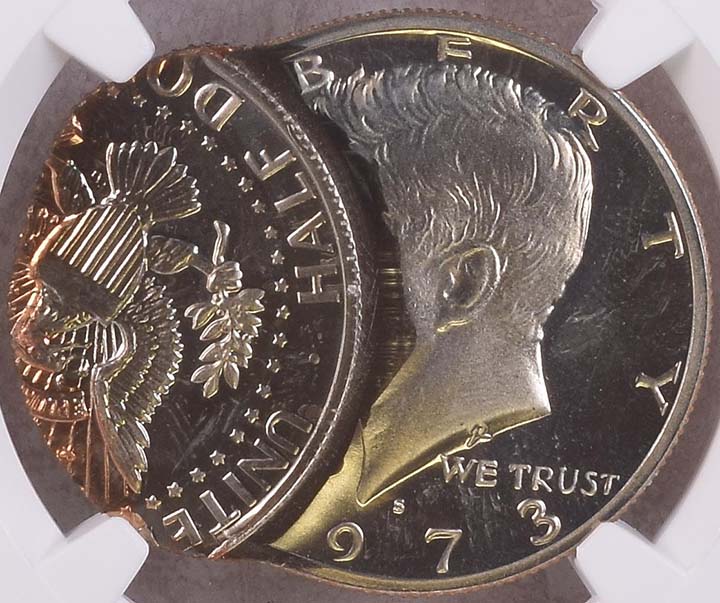 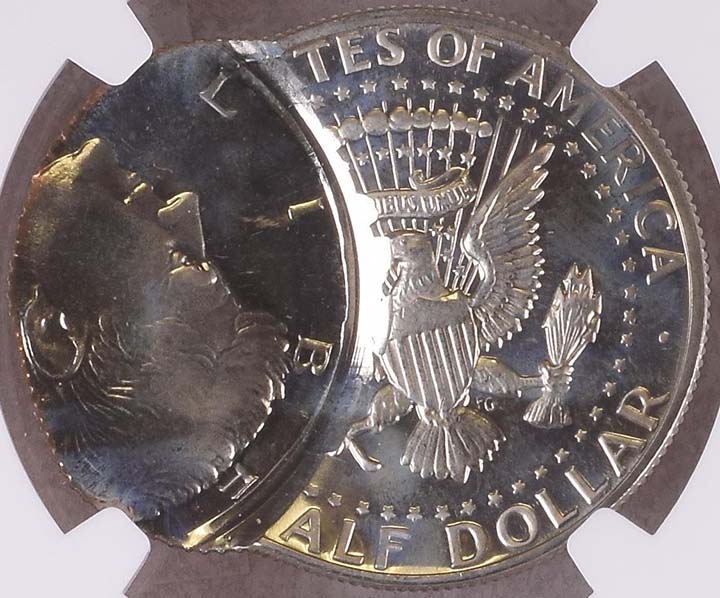