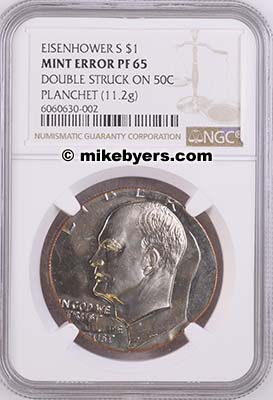 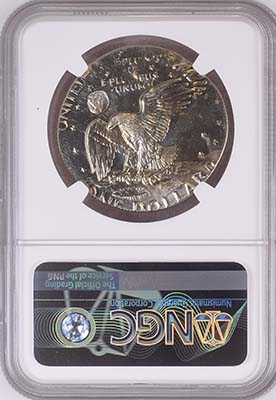 This is one of the most spectacular Proof Ike Dollar Mint Errors available today. Not only is it a spectacular double struck, it is also struck on a clad half dollar planchet weighing 11.2 grams.

There are 3 proof Ike Dollars known that were double struck on clad half dollar planchets. Another example known shows a double profile of President Eisenhower's head on the obverse and 2 moons and part of an extra wing on the reverse. This NGC Proof 65 mint error dramatically shows 2 heads on the obverse, while the reverse shows double wings and other details. 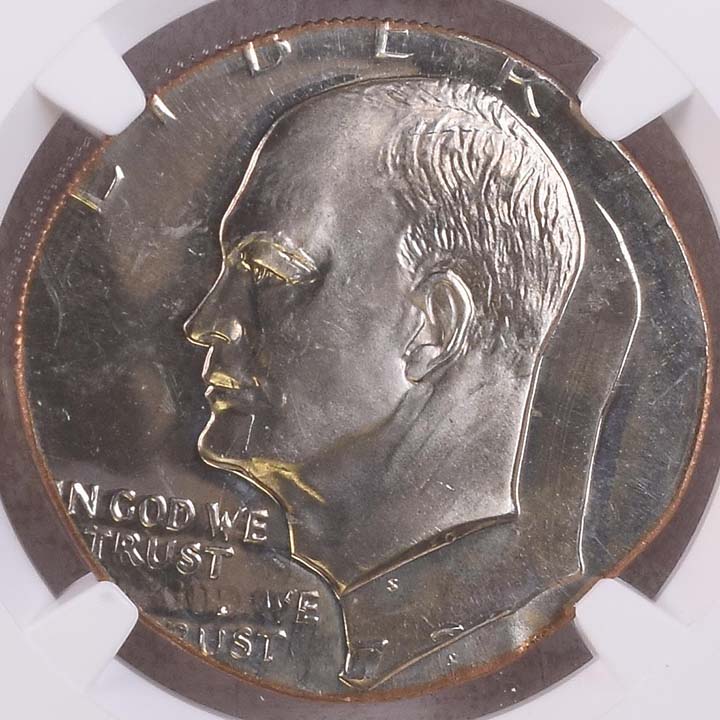 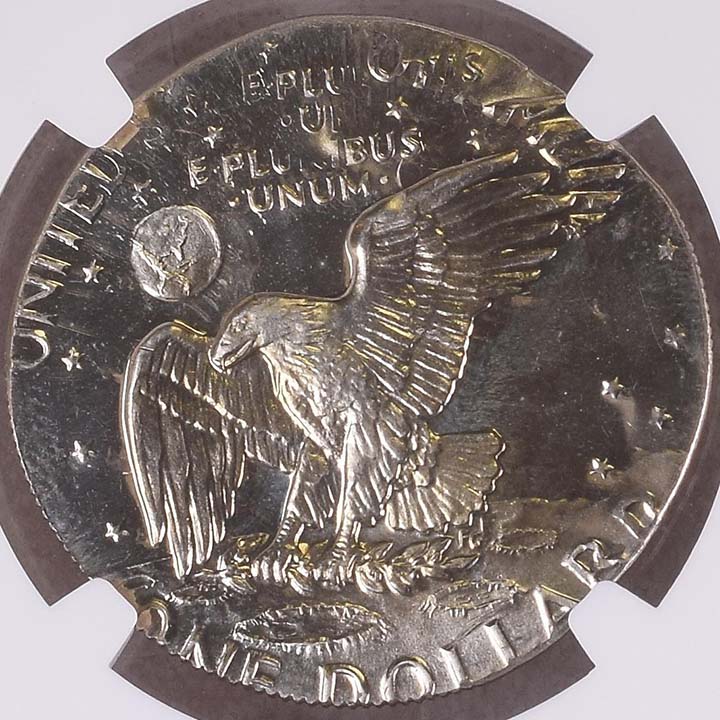