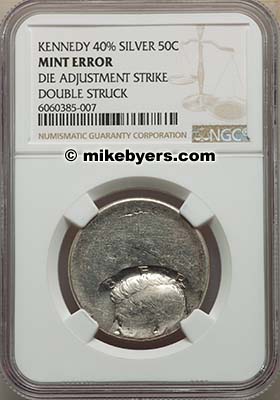 This certified but ungraded Kennedy half dollar was struck twice. The first strike was well centered but very soft. On the obverse, only the top of Kennedy's hair shows. The second strike is uniface obverse, and 50% off-center toward 6 o'clock and was softly struck. No date or mintmark is present but Kennedy half dollars were struck in 40% silver between 1965 and 1970. Although this could have been struck for a 1965-1967 Special Mint Set, it has Proof surfaces and was likely struck to be included in a San Francisco proof set from 1968 to 1970. 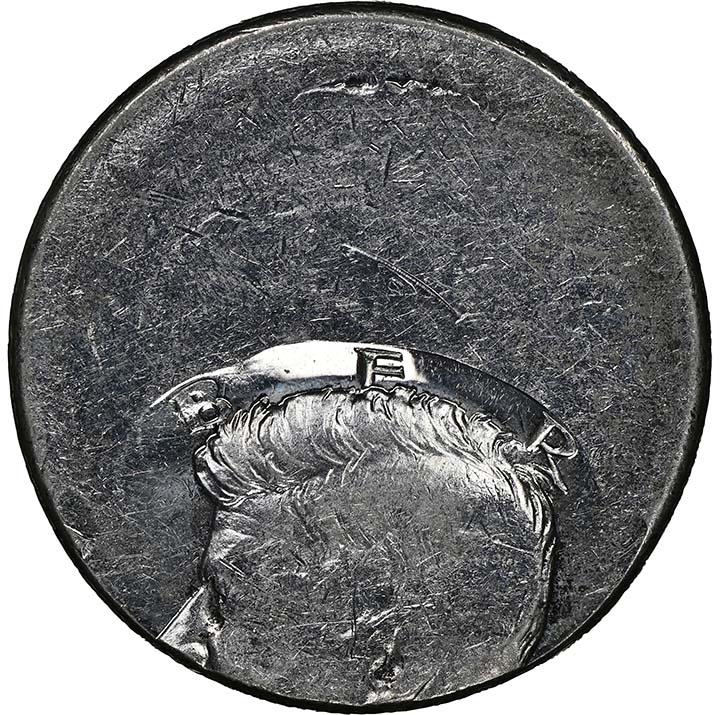 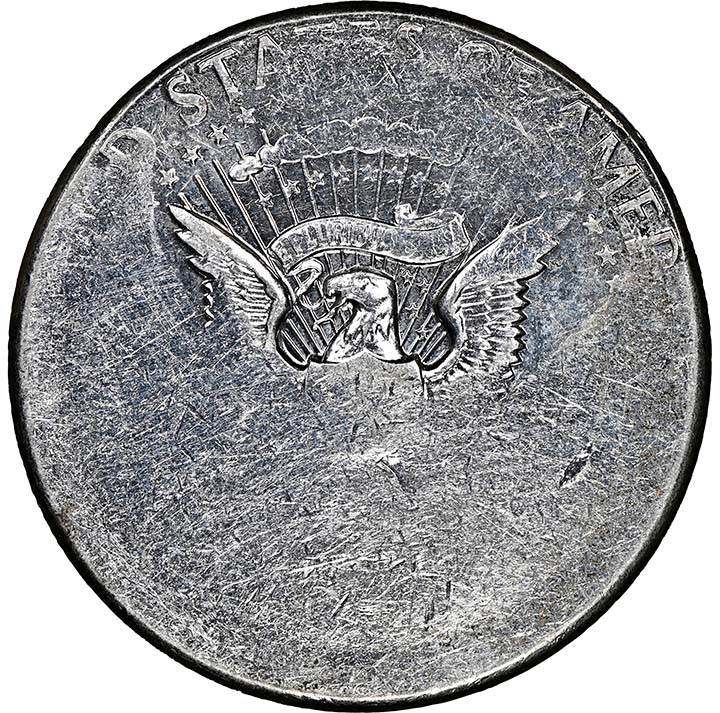