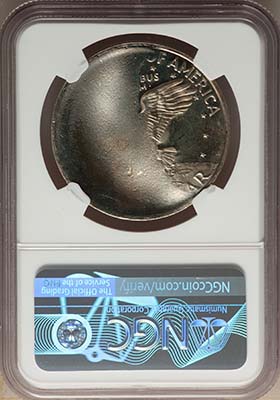 Coins struck from mis-aligned obverse dies are not rare or expensive but in proof they are very rare and normally only slightly mis-aligned on the obverse. This 1972-S Proof Silver Ike Dollar was dramatically struck by an obverse die that was mis-aligned 15% off-center. The mis-alignment effected the pressure of the dies striking the planchet leaving areas on both sides that were not struck by the dies.

This unique discovery of a proof Ike Dollar struck by a mis-aligned obverse die should stir excitement of collectors of Eisenhower Dollars and Major Mint Errors. 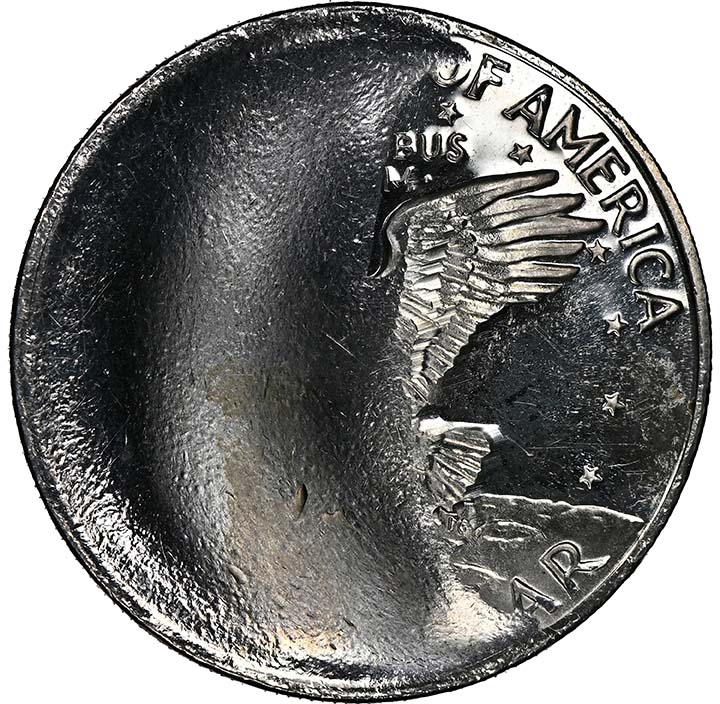