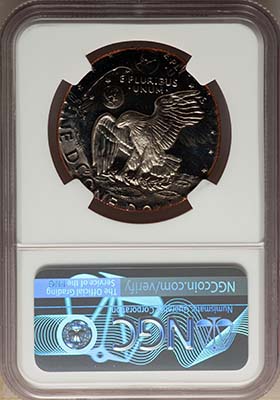 This is one of the most spectacular Proof Ike Dollar Mint Errors available today. Not only is it a spectacular double struck, it is also struck on a clad half dollar planchet weighing 11.2 grams.

There are 4 proof Ike Dollars known that were double struck on clad half dollar planchets. Another example known shows a double profile of President Eisenhower's head on the obverse and 2 moons and part of an extra wing on the reverse. This NGC Proof 68 mint error dramatically shows 2 heads on the obverse, while the reverse shows double wings and other details.

This proof mint error is the ultimate modern major mint error on the highest denomination and has survived 46 years in amazing quality and preservation. It has deep mirror surfaces with a blazing cameo portrait. Recently an Eisenhower Dollar, also double struck on a Half Dollar planchet in proof, certified by NGC PF 66, sold for $19,200 in a Heritage Auction. 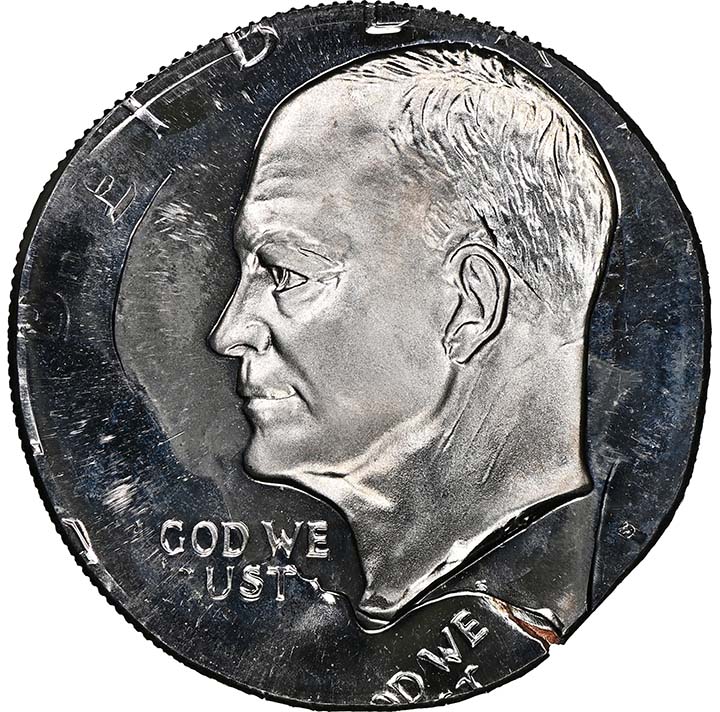 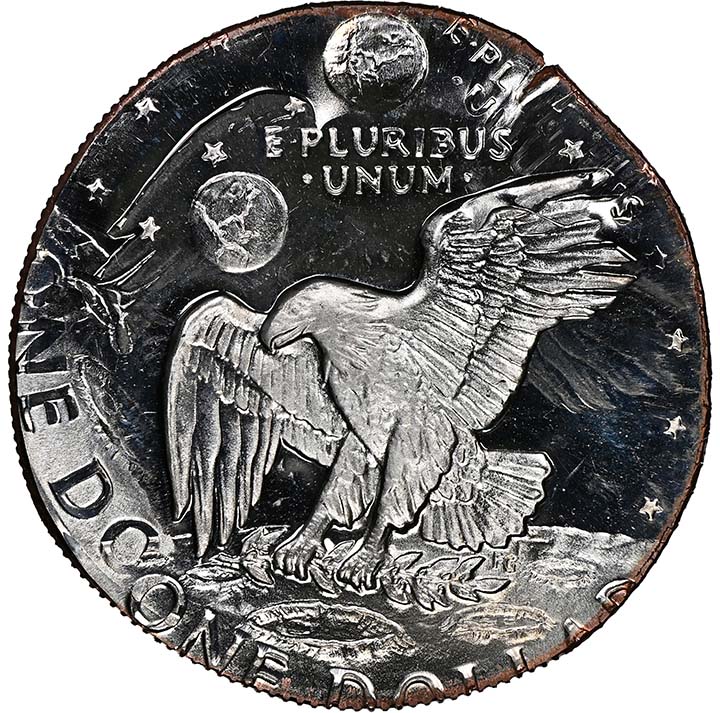