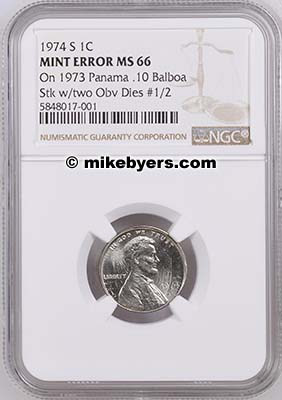 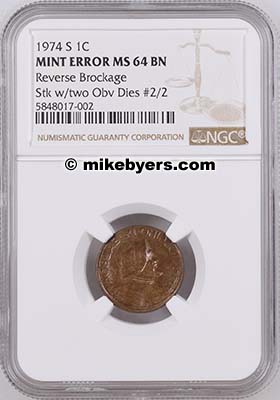 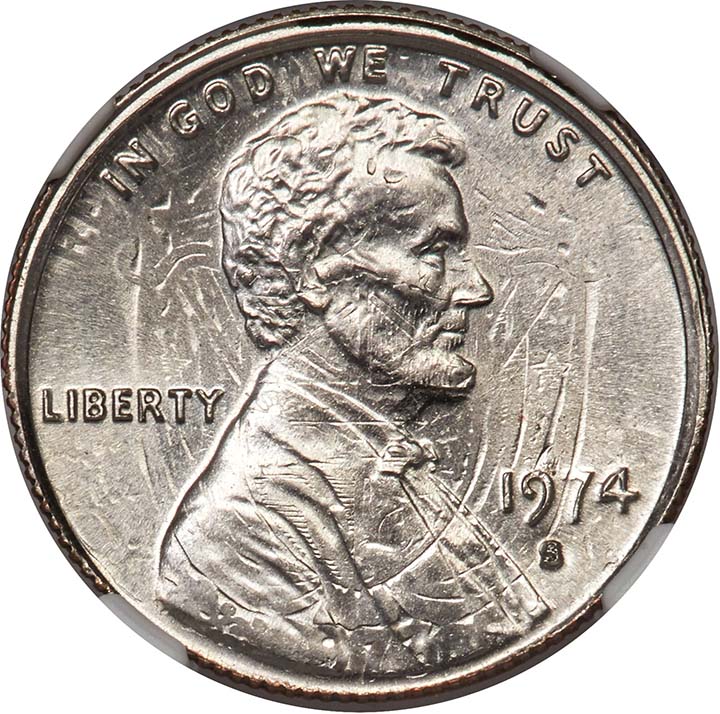 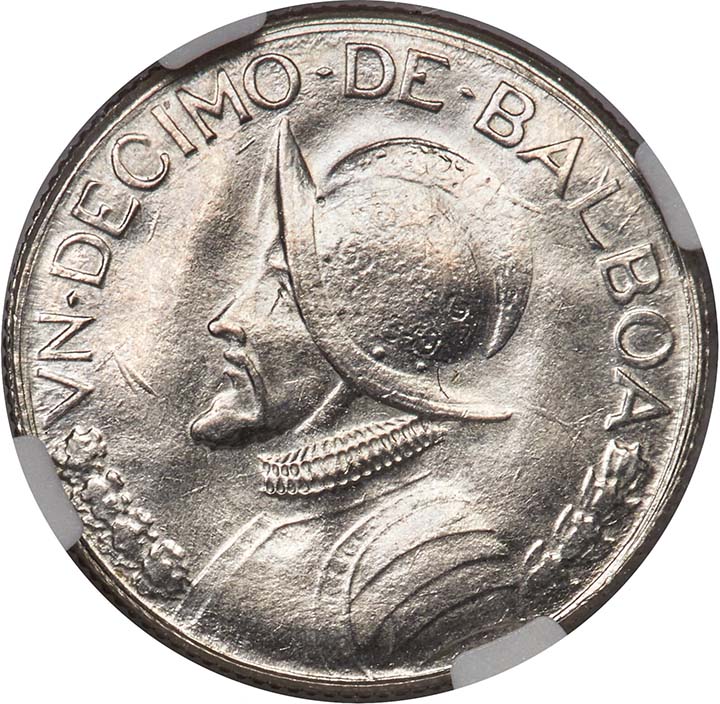 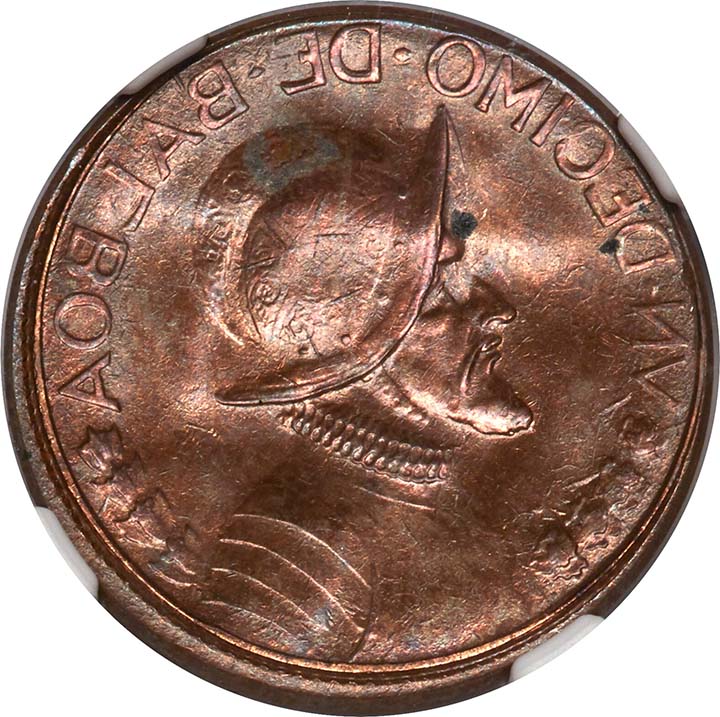 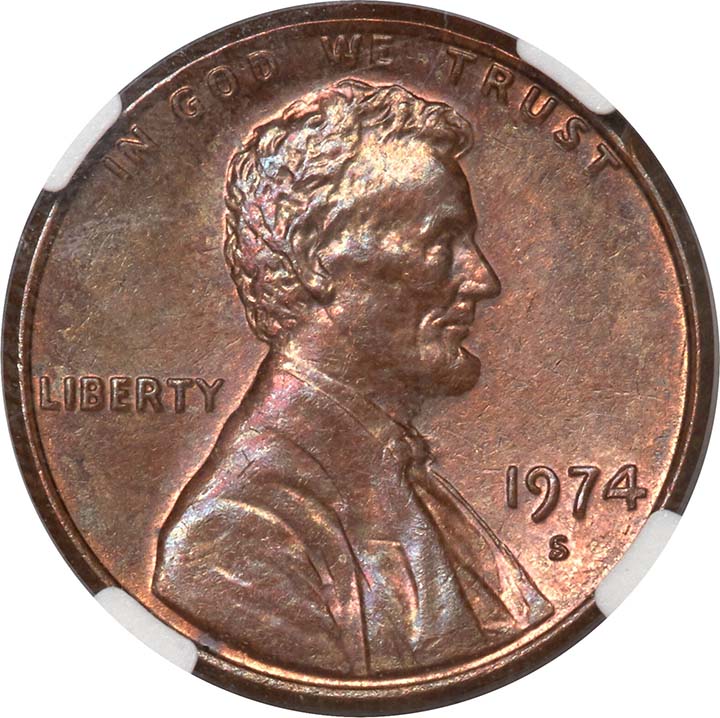 The U.S. Mint in San Francisco struck coins for Panama in 1973. In this mated pair, coin #1 is a 1973 Panama Tenth Balboa die struck both sides by the Panama dies on a U.S. clad Dime planchet. In 1974, also at the San Francisco Mint, 2 obverse Lincoln Cent dies, both dated 1974-S, were paired together and installed in the same press. If a copper Cent planchet had been struck by this die pair, a 2 headed Lincoln Cent would have been produced. To date, none have been discovered. This 1973 Tenth Balboa was placed in the collar of the press containing the 2 obverse dies for the 1974-S Lincoln Cent, on top of a copper Cent planchet already seated in the collar. These were then subsequently struck together (mated).

Both "S" mint marks are different, proving that 2 obverse dies were simultaneously in the press together! NGC has authenticated and certified each Cent as a 1974-S 1C since 2 different Lincoln Cent obverse dies were used to create this mated pair.

As previously mentioned, there are a variety of U.S. coins known that were struck by either 2 obverse dies, 2 reverse dies or 2 muled dies of different denominations.

Also previously mentioned, there are no known 2 headed or 2 tailed Lincoln Cents other than this unique discovery mated pair struck by 2 obverse Lincoln Cent dies. It is also the only known mated pair of 2 headed, 2 tailed or muled dies on any U.S. coin of any denomination! This off-metal mated pair that is dual dated from 2 different countries and struck by 2 Lincoln Cent obverse dies in the same press is amazing. It stands alone in a class by itself in terms of rarity and fascination and combines an incredible and seemingly impossible set of circumstances creating this world-class mint error. 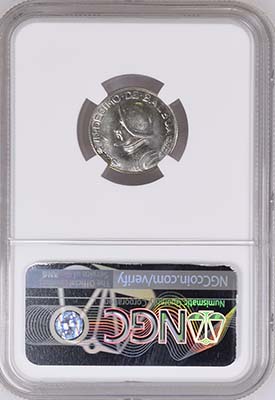 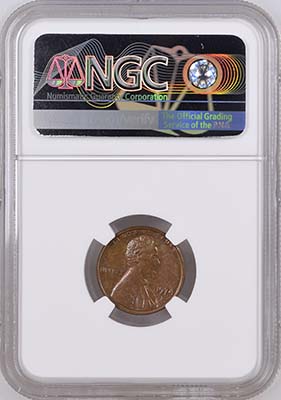 Featured on the cover of Mint Error News Magazine Issue 57: 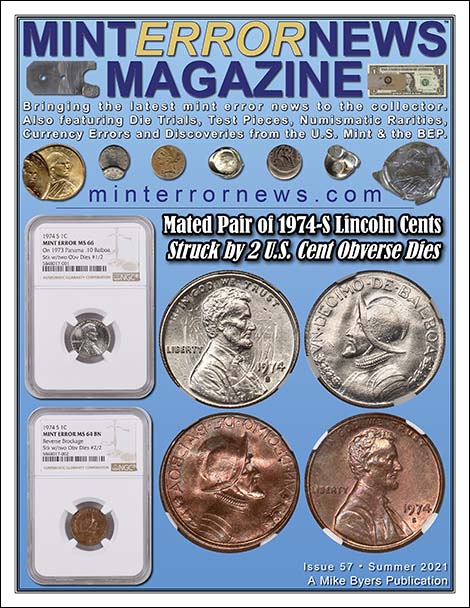