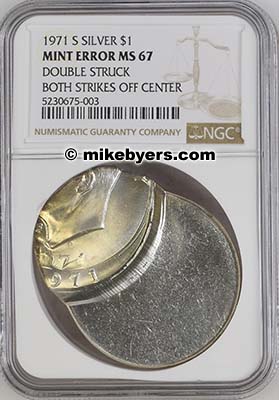 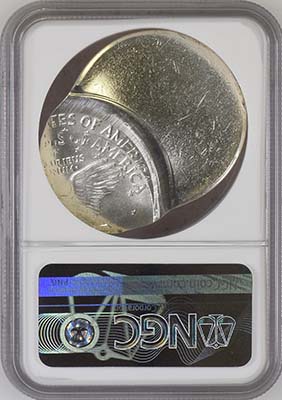 "Blue" Ike Dollars were struck in 40% silver at the San Francisco Mint and were sold to collectors in government sealed packages. This unique Silver Eisenhower Dollar was double struck both strikes off-center and is in gem mint state condition.

This is a spectacular and dramatic double struck off-center Silver Ike Dollar with two dates and the portrait visible. This is an absolutely amazing mint error. 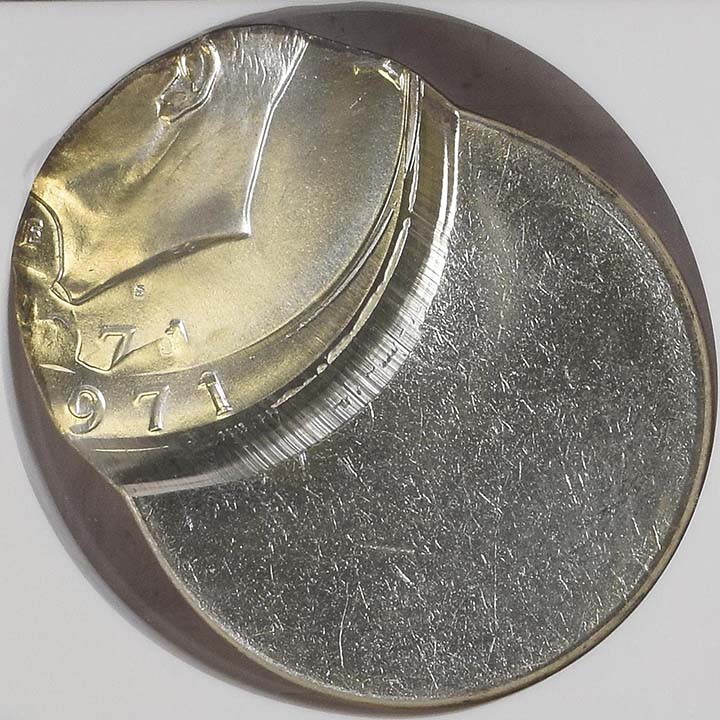