Even though this $20 Liberty Gold is described on the holder as being struck twice, in actuality it is triple struck. There are clearly three impressions. Upon close examination, parts of all three strikes on the obverse are visible on the portrait, neck, stars, date and denticles. On the reverse, parts of the eagle, shield and denticles show remains from being struck three times.

All major mint errors on U.S. Gold coins are very rare. It is amazing that this $20 Gold piece escaped the quality control at the Mint since larger Gold denominations were examined very carefully.

This is only one of a few known double struck (or multiple struck) U.S. Gold coins. This would be the centerpiece of any collection. 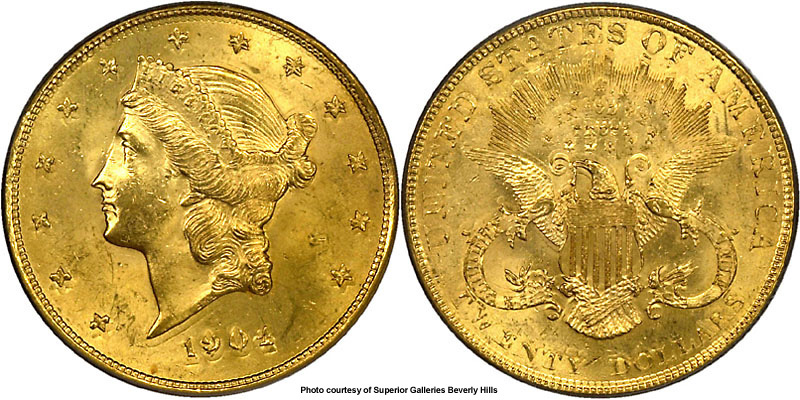 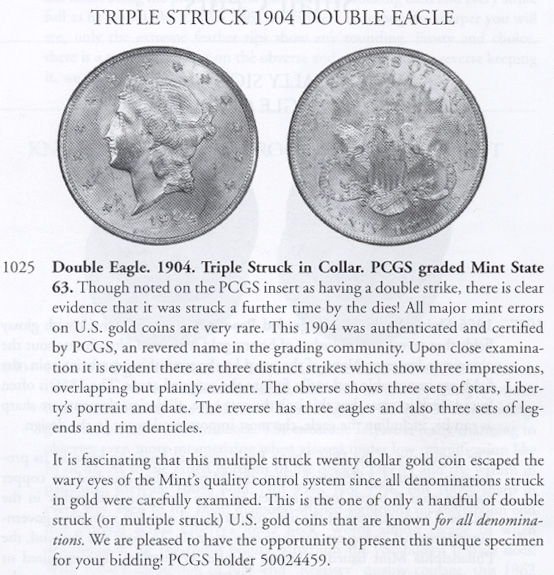