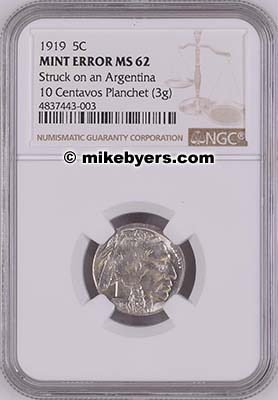 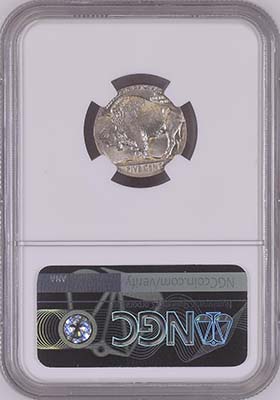 The U.S. Mint struck coins for Argentina in 1919 and 1920. This amazing fully lustrous Buffalo Nickel struck on an Argentina 10 Centavos planchet was just authenticated and certified by NGC as MS 62. It is an extremely rare off-metal with only 3 known. It resided in an old ANACS flip and photo slab for 38 years until NGC certified it. I was an ANACS consultant from 2000 to 2006 for Mint Errors. ANACS was the first major coin authentication service that authenticated mint errors.

The United States Mint struck coins for foreign countries starting in 1833 but did not have official authority to do so until The Mint Act of Jan. 29, 1874 was approved and signed into law. The 1874 act states that the U.S. Mint may mint coins for a foreign country if the minting does not interfere with regular minting operations, and shall prescribe a charge for minting the foreign coins equal to the cost of the minting (including labor, materials, and the use of machinery).

The U.S. Mint did strike Liberia (LR) one cent coins in 1833. The Liberia one cent, in essence a token dated 1833, was struck by the Mint for the American Colonization Society. The U.S. Mint had long been in the business of striking medals for various groups and artists. In fact, the U.S. Mint was the only place to go in North America if you wanted a large sized medal struck, since no other equipment was available that could handle the immense pressures required to strike such pieces. The prospect of the mint manufacturing tokens, as in the case of the Liberian cents, was not a far offshoot from the medal making business. It is believed that the medal manufacturing activities of the mint led to some of the very first foreign coinage struck by the U.S. Mint.

Each coin made by the U.S. Mint for another country was minted to the specifications dictated by the client country. Some of the clients of the U.S. Mint requested to be furnished with planchets to be utilized at their native mints in the coining process, as was the case with Argentina in 1919 and 1920. In the case of the Venezuelan 1 and 2½ Centavos struck in the Philadelphia Mint in 1876 and 1877, the U.S. Mint sub-contracted out to the Waterbury Mint, owned by the Scovill Manufacturing Company, to supply planchets for foreign and regular U.S. issues. The Waterbury Mint provided the US Mint with many of the planchets for regular U.S. 1¢ and 5¢ pieces from 1888 to 1906. 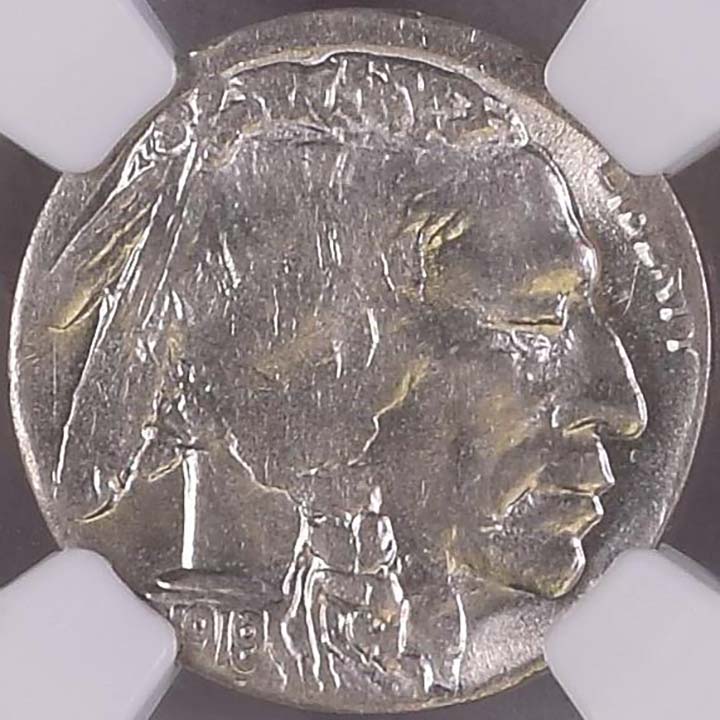 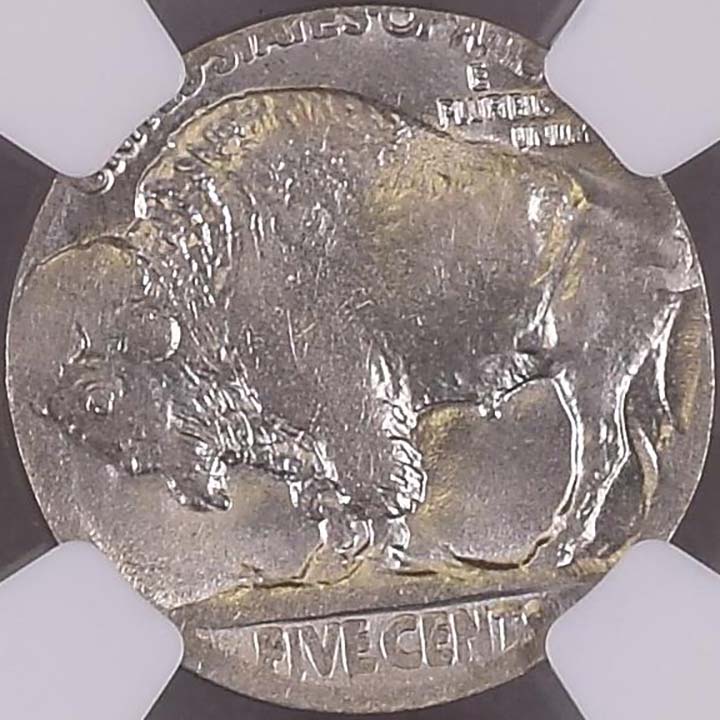 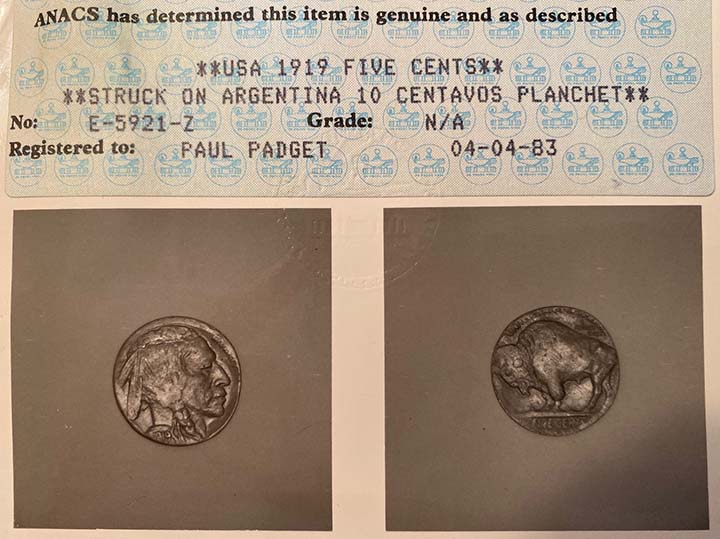