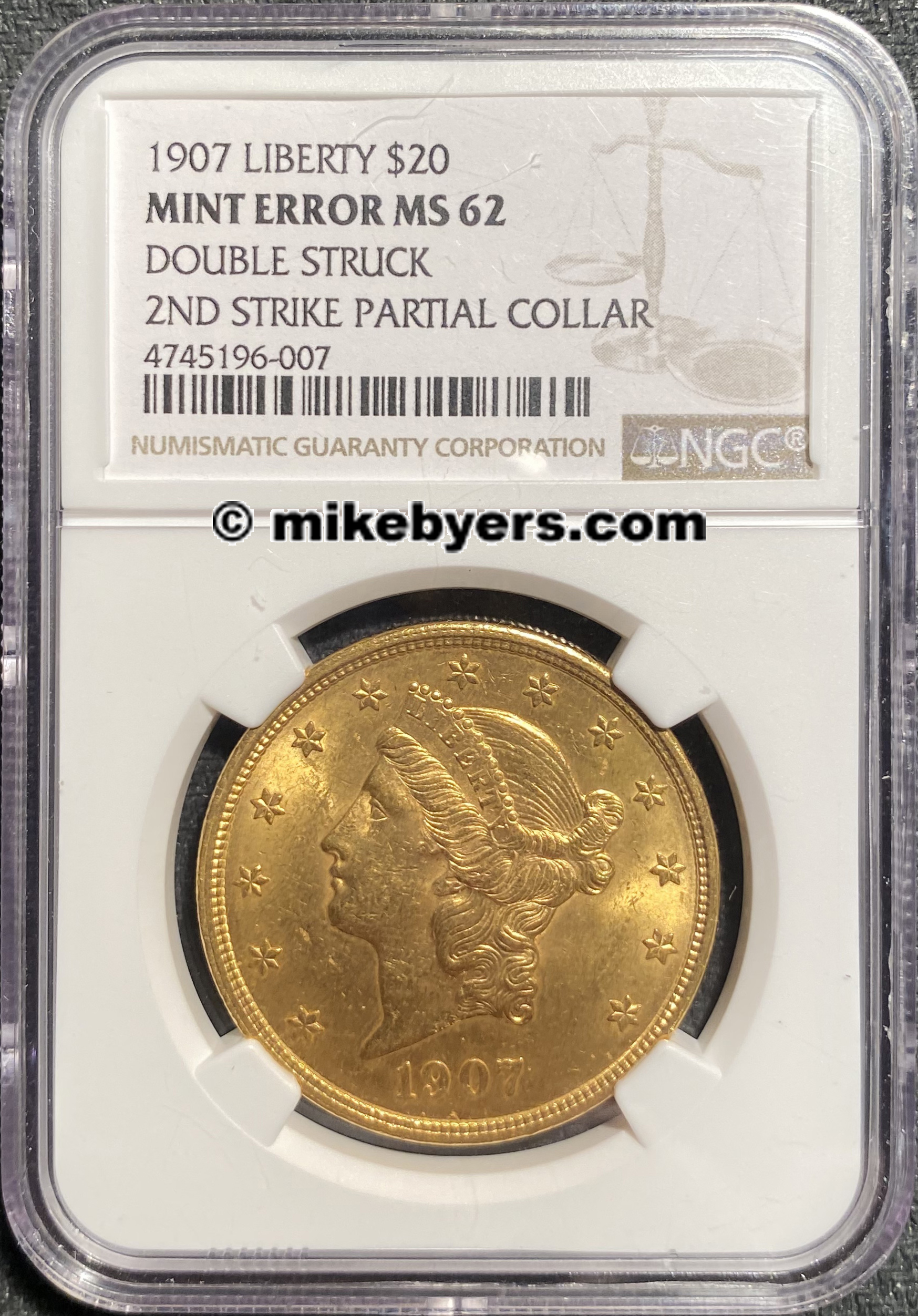 All major mint errors on U.S. gold coins are extremely rare. Very few are known in the $20 Liberty Head series. There are 4 known that are double struck and I have been fortunate enough to have handled 3 of them, which are detailed in this listing.

The first one is the $20 Liberty Head being offered here, which was double struck. The first strike was normal, and when the coin failed to eject it was struck again, partially in the collar. This created a partial collar with 2 full reeded rims around the edge. The second strike shows doubling in the denticles and edge around the entire obverse and reverse. In addition, the date 1907, stars and neck also show doubling on the obverse and UNITED STATES OF AMERICA and TWENTY DOLLARS are doubled on the reverse.

The second one I sold for $102,500. It was certified MS 63 by PCGS and was slightly double struck in the collar. It was featured in my NLG Award winning book, World's Greatest Mint Errors on page 57.

The third example was double struck rotated 180 degrees in the collar. Considerable detail remains from the initial strike and is visible under the portrait on the obverse and the eagle on the reverse. This exciting mint error was in my personal collection and has been authenticated and certified by NGC and BYERS COLLECTION is noted on the insert. This mint error is available for $150,000.

This double struck $20 gold piece belongs in a collection of rare mint errors or $20 gold pieces and is a brand new and exciting discovery. 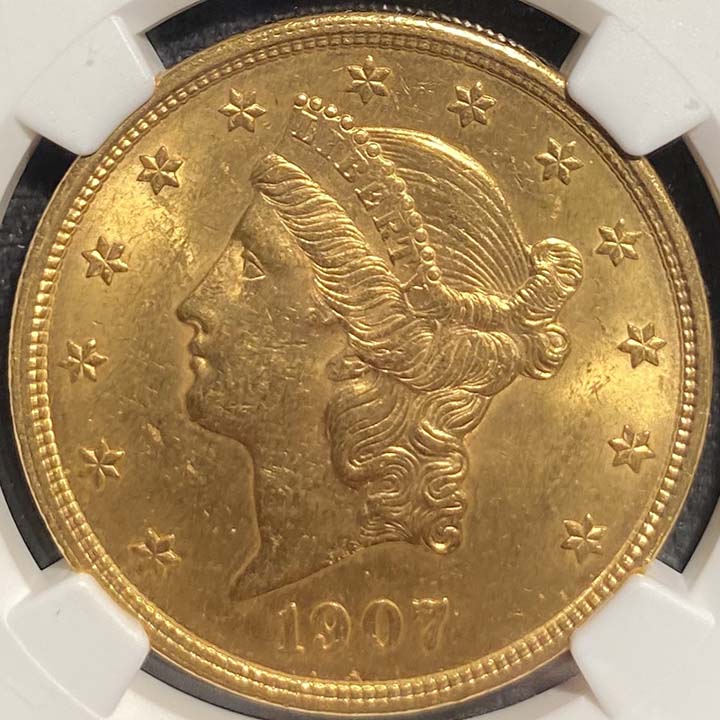 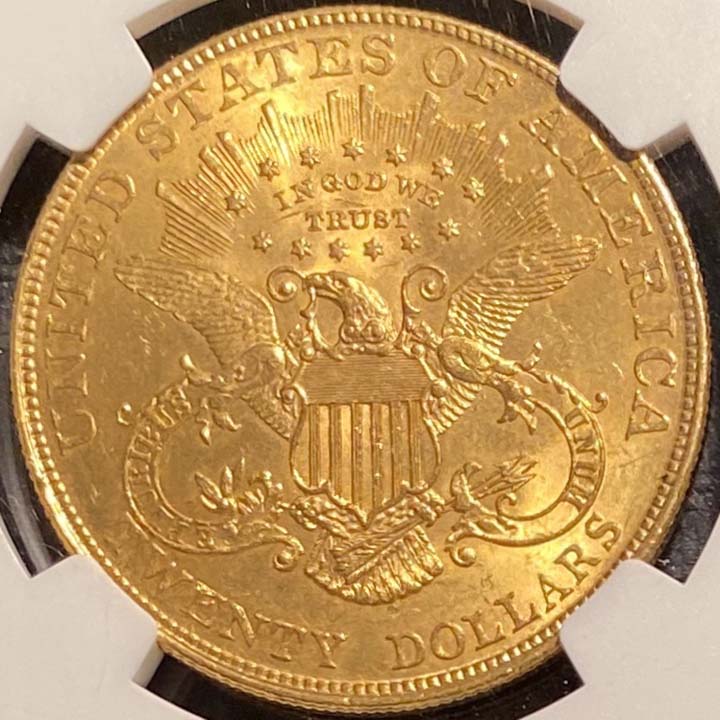 There is doubling visible on the entire
UNITED STATES OF AMERICA and TWENTY DOLLARS. 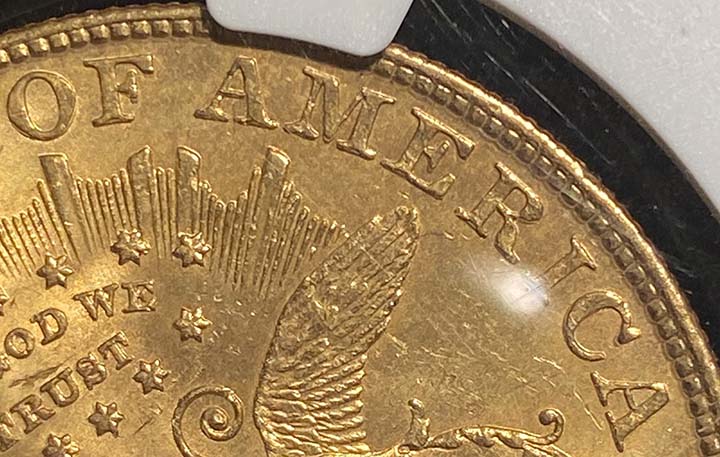 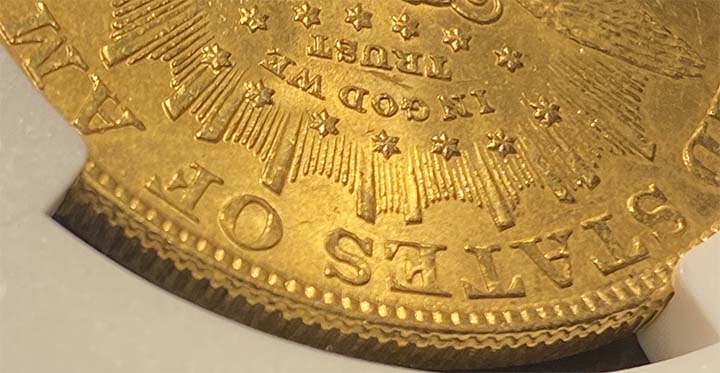 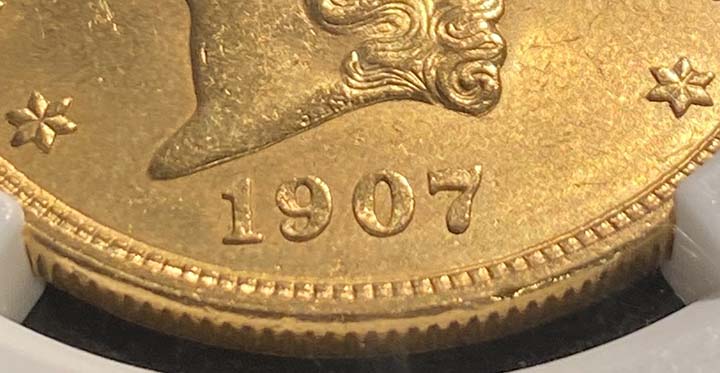 There is doubling on the stars and the denticles
around the edge of the entire coin.