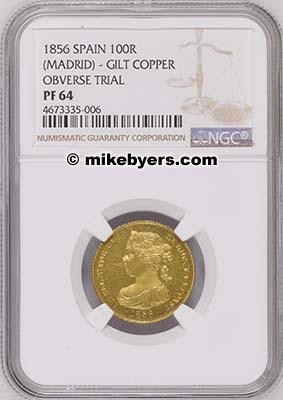 This is a unique and spectacular set of obverse and reverse die trials for Spain's 1856 Proof Gold 100 Reales. They combine rarity (unique), history (struck to test the dies for the newly designed 100 Reales), and mystique (Queen Isabella II approved the new design by Royal Decree).

Spain struck a few proof gold 1856 100 Reales. This was the first year that the Madrid Mint struck this newly designed gold 100 Reales. They are extremely rare with only a few known in any condition.

The obverse portrays Queen Isabella II of Spain, who ruled from 1833 to 1868, with a new draped laureate bust design. The reverse displays the crowned arms. The Madrid mint mark is designated by a 6 point star. These proof gold 1856 100 Reales were struck in .900 fine gold with a weight of 8.33 grams and a diameter of 22 mm. They were produced with medal alignment and reeded edges. They were also struck for circulation from 1856-1862 in Madrid (6 pointed star), Seville (7 pointed star) and Barcelona (8 pointed star).

The Spanish government passed new monetary reforms during the reign of Queen Isabella II addressing issues regarding denomination, metal content, design and production. The numismatic history of Spain during this time is divided into periods associated with each of these reforms.

Several of these Royal Decrees passed by the Spanish government pertained to the design and production of new coinage. Since a new design of the Queen's portrait was used on the obverse of the 1856 100 Reales, her approval was necessary. 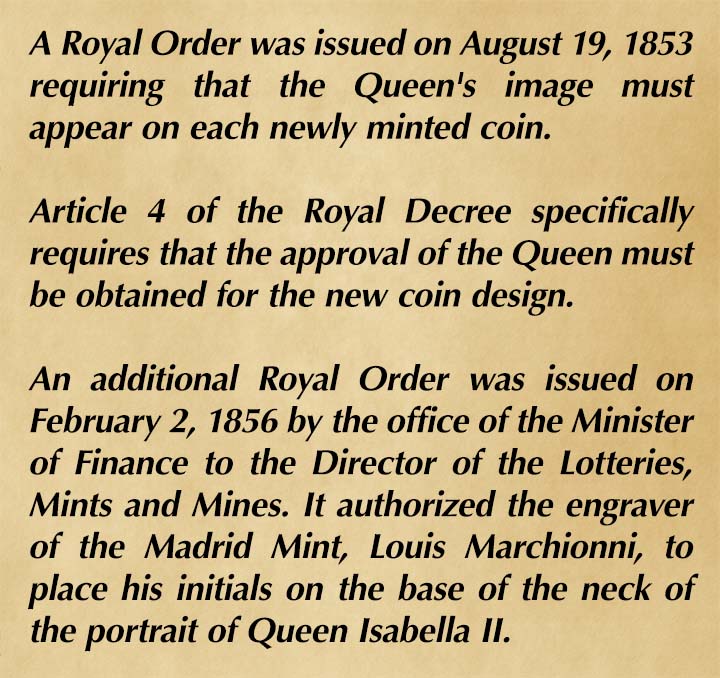 This unique set of obverse and reverse die trials were struck as part of the Madrid Mint's production of the newly designed obverse portrait of Queen Isabella II, to be used on the proof gold 1856 100 Reales. As per the Royal Decree outlined above, Queen Isabella II had to approve the design, since the 1856 100 Reales was the first coin struck with her updated draped laureate bust design.

Die trials are usually uniface impressions (struck on one side) using either the obverse or reverse die to test a new design or metal composition. They are often struck in copper, lead or white metal. When testing the dies intended to produce gold coins, copper uniface die trials are occasionally gilt (gold plated) to closely depict the new gold coin, especially if the die trials are to be presented for approval.

This unique pair of obverse and reverse die trials were struck to test the dies, to test the strike and pressure of the coin featuring the Queen's new portrait and to obtain the Queen's approval. These are part of the history of the Madrid Mint's production of new coinage during the reign of Queen Isabella II.

Authenticated by NGC as Proof 65 (reverse) and Proof 64 (obverse), it is amazing that these die trials were preserved in gem condition for over 150 years and kept as a pair the entire time. They are fully struck, have proof surfaces, original matched toning and the Queen's portrait is cameo. 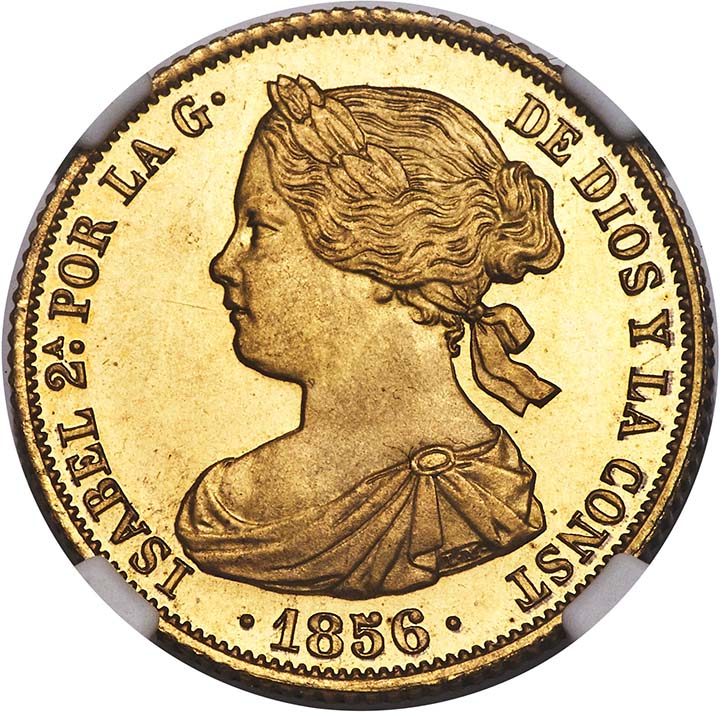 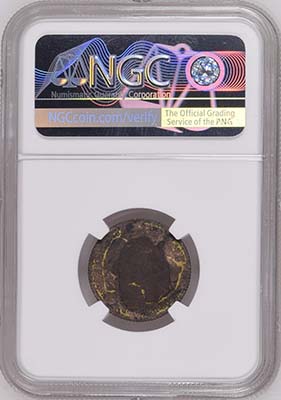