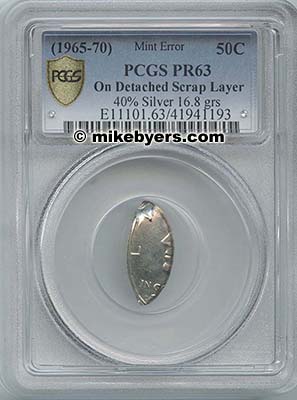 In 1975 (as shown below), in my mint error catalog I offered a proof Kennedy Half Dollar mated set of two coins struck together. The elliptical strike clip was sheared off from the planchet creating three pieces to this mated set. 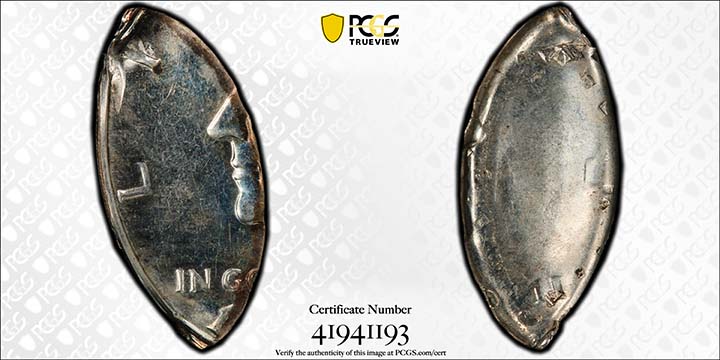