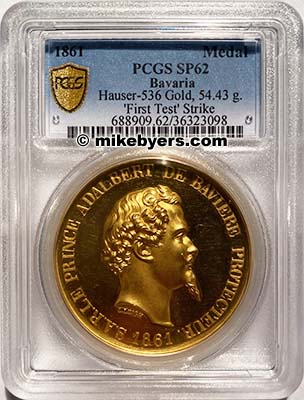 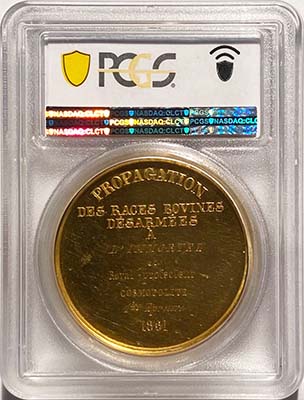 This is a unique and spectacular German Bavaria Gold Medal struck as a specimen in high relief. It is a "First Test" (trial strike) with six lines of hand engraving from the Bavarian Mint. Inscribed on the reverse is "1ère Epreuve" which translates to "First Test." It was presented to the House of Wittelsbach for approval.

It is unlisted in gold and is a unique special presentation gold off-metal strike. The Hauser reference book only lists this medal (#536) in tin and bronze. It weighs 54.43 grams with a diameter of 42.59 mm. Designed by L. Leigh, it portrays Prince Adalbert, who was the brother of King Maximilian II, in dramatic high relief format. It has a special inscription on the edge: TRES RESPECTUEUX HOMMAGE DU FONDATEUR, LE CONSEILLER DUTRÔNE RECONNAISSANT Ü.

The level of preparation and detail in producing this 150 year old specimen gold medal is amazing. It was struck several times creating a high relief cameo portrait with proof-like mirror surfaces. It was struck in 1861 at the Bavarian Mint which is one of the oldest mints in the world, having existed for over 850 years.

For nearly 800 years, the House of Wittelsbach ranked as one of the most powerful and influential of all European dynasties. The Wittelsbachs served as Electors Palatine, Electors of Bavaria, and Counts Palatine. Members of this remarkable family reigned not only in Bavaria, but also in many foreign lands and territories. Many members of the House of Wittelsbach were dukes, kings, and Holy Roman emperors including each of the Bavarian kingdom's six monarchs (Maximilian I Jospeh, Ludwig I, Maximilian II, Ludwig II, Otto, and Ludwig III).

Gold coins and medals that were hand engraved at an official government mint as test pieces or trial strikes are extremely rare. Another hand engraved gold coin that comes to mind was produced by James Longacre for the test strike for the 1849 $1 gold pattern, Judd #115. It is the only known U.S. pattern that was hand engraved. It sold for $76,375 in a Heritage auction in April 2015.

This gold medal combines rarity (unique), history (struck at the Bavarian Mint in 1861 as a "First Test" trial strike), mystique (only one of several gold coins, patterns or medals that were officially struck and hand engraved at a government mint), pedigree (the House of Wittelsbach).

This historic and beautiful high relief specimen gold medal belongs in a museum, a collection of patterns and test strikes or a collection of German gold coins, medals and numismatic rarities. 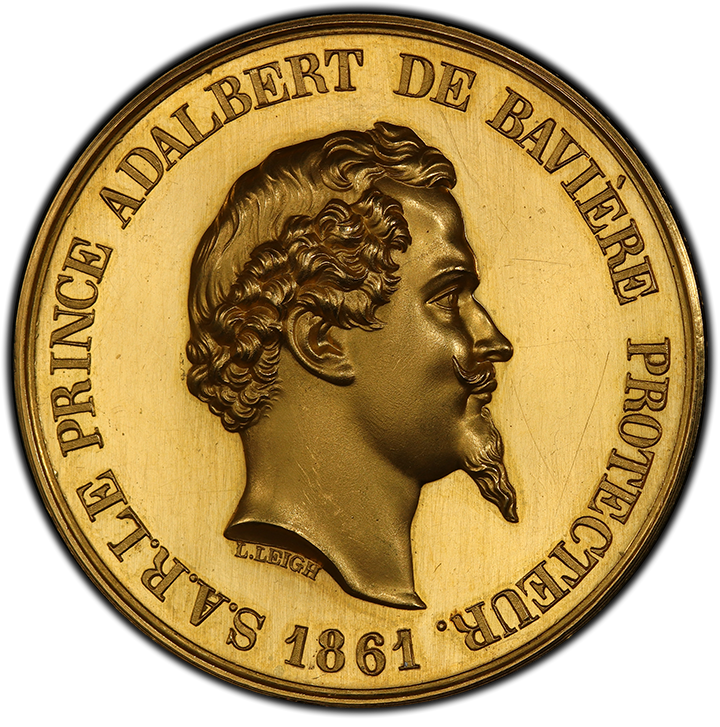 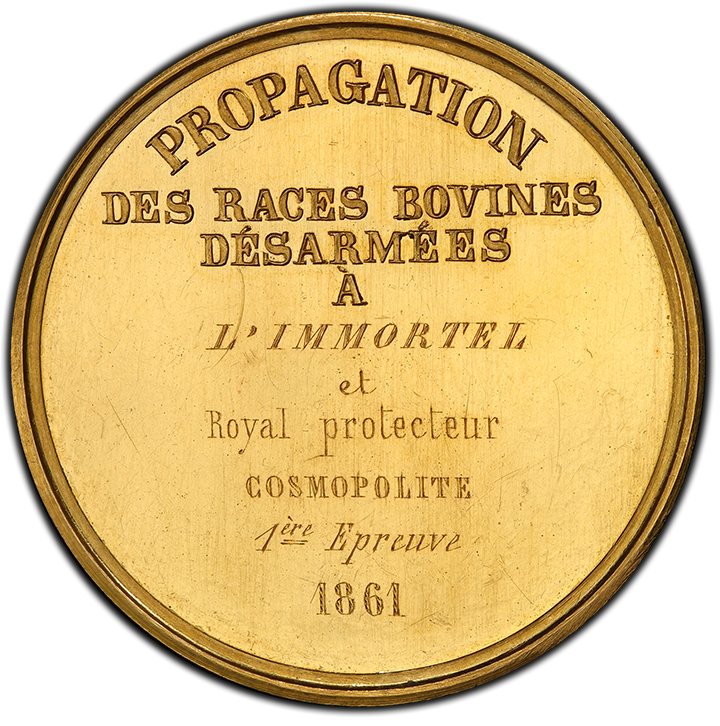 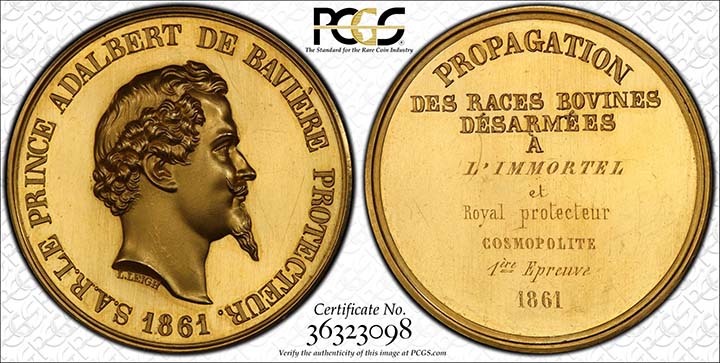 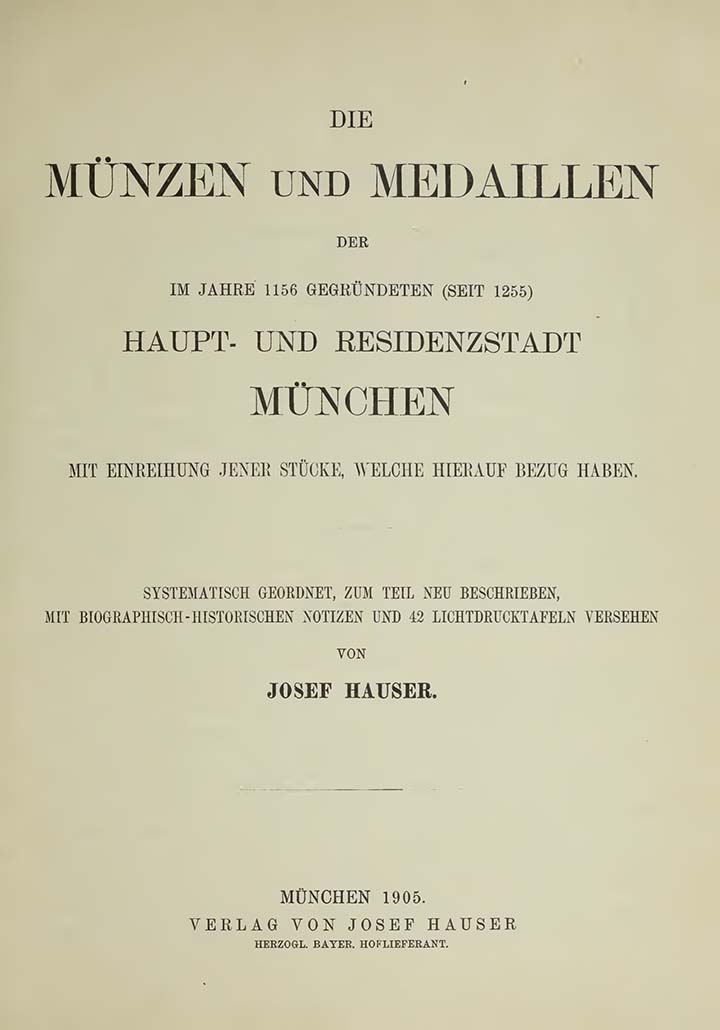 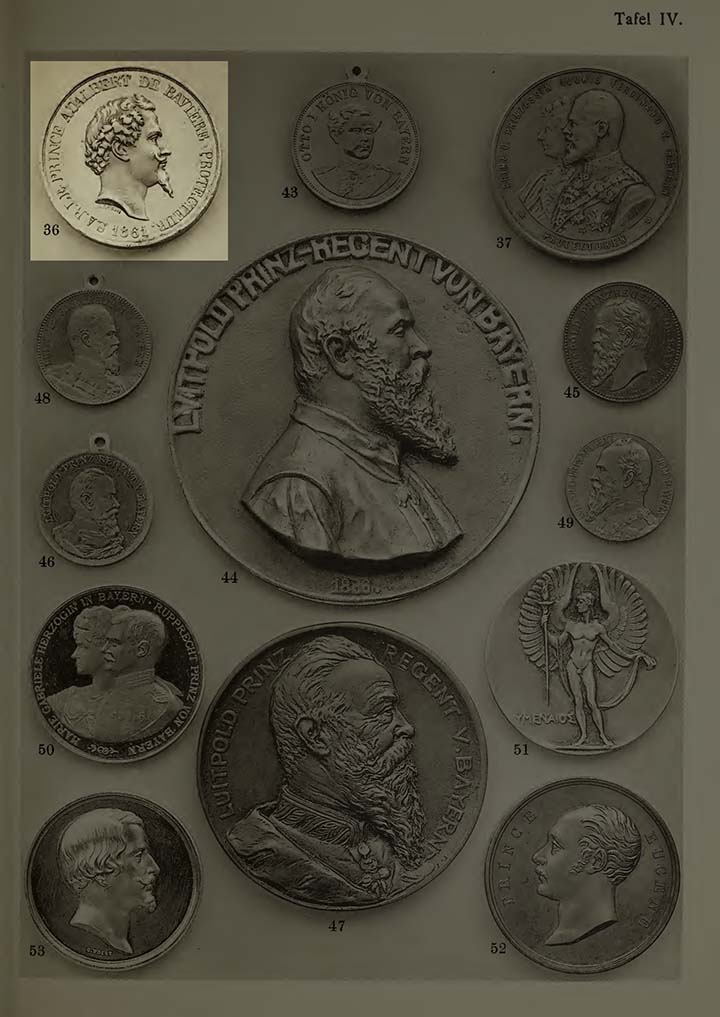 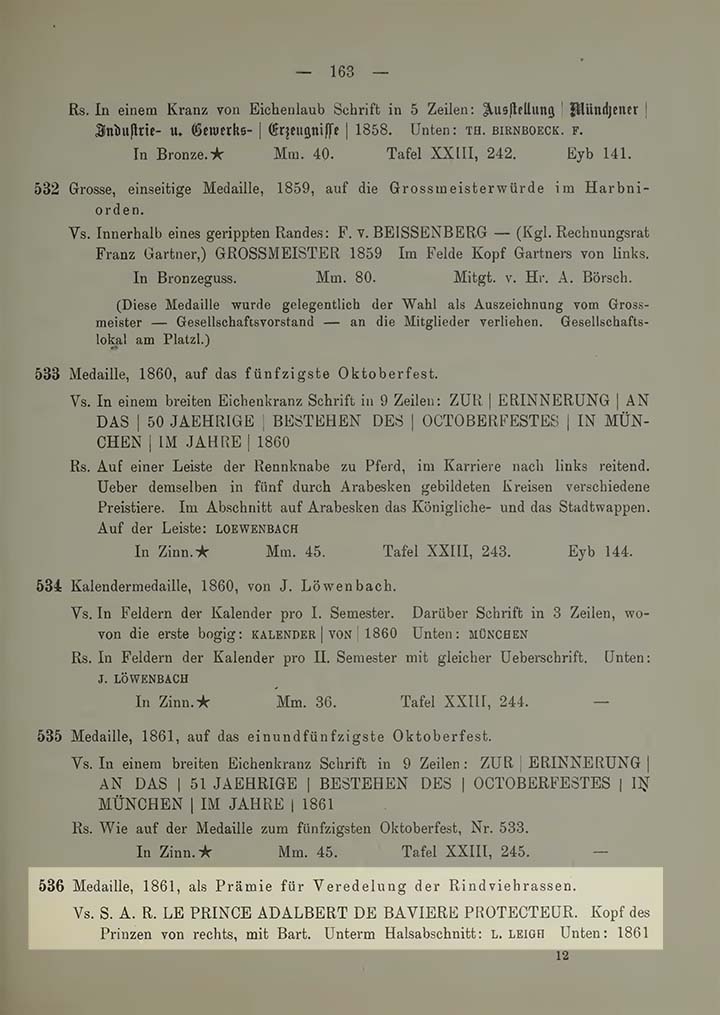 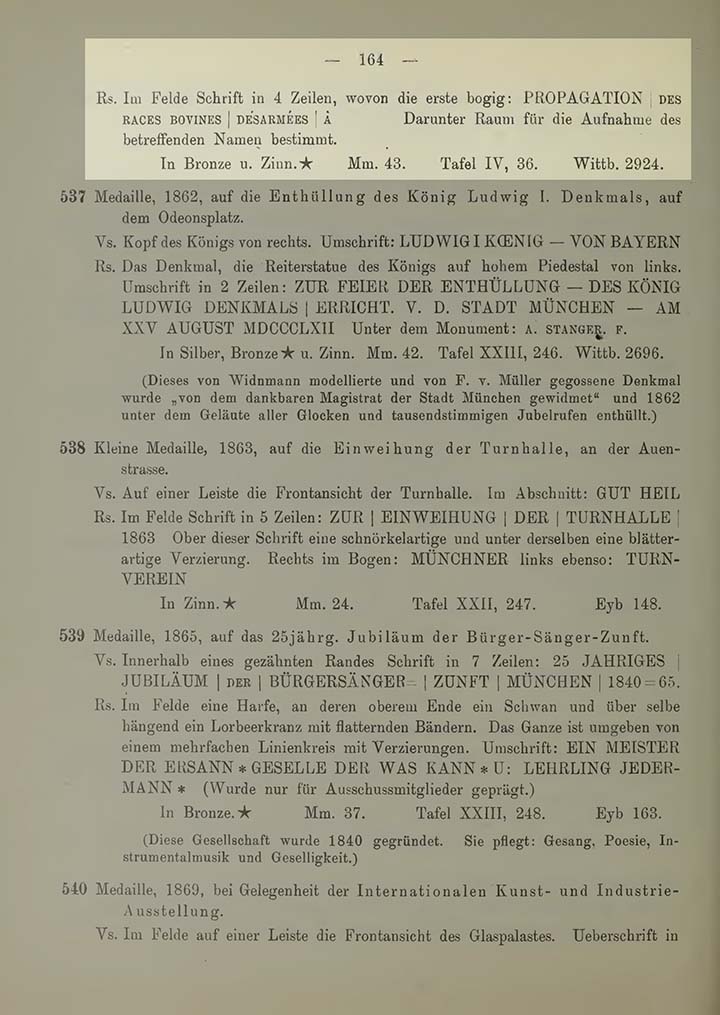 Featured on the cover of Mint Error News Magazine Issue 49: 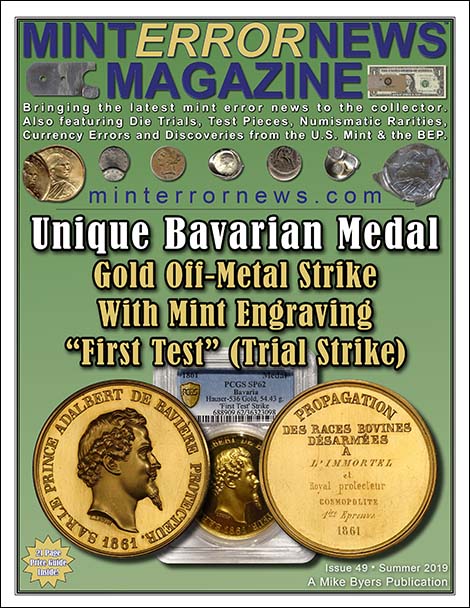 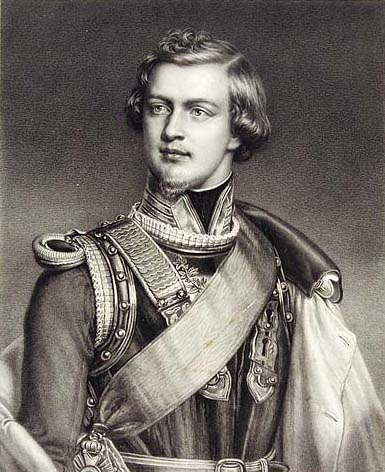