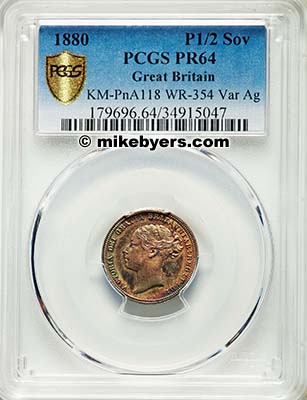 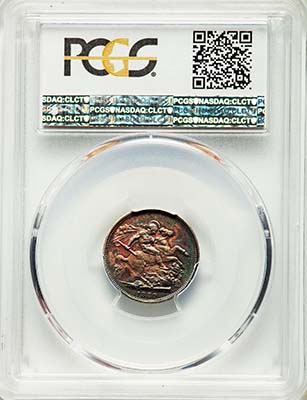 This proof Half Sovereign off-metal mule pattern encompasses a combination of history, rarity and condition. This piece is the ONLY known certified example and the ONLY known piece as well. The obverse was struck from the regular obverse die intended for the Sixpence issue. The reverse was struck from an experimental reverse die, intended for the proof Half Sovereign issue.

PCGS certified and authenticated this extremely rare proof off-metal mule pattern as Proof 64. As noted on the insert, it is listed in Krause PnA118 and also cf. WR-354 Var Silver. Wilson and Rasmussen (WR) wrote the English Pattern Trial and Proof Coins in Gold 1547-1968 in 2000. It is the reference book used for English gold. Although WR lists it as R7, one or two known, the only known gold example is in the Royal Mint Collection. This is the only known documented silver piece after 140 years and it is unique.

It has been preserved since it was struck and is totally original with dark and deep iridescent toning. During this time period the Royal Mint experimented with different engravers who produced a few fascinating and mysterious patterns, die trials, mules and off-metal strikes. This mule combines Wyon's depiction of Queen Victoria (the adopted design for the Sixpence obverse) with Pistrucci's iconic scene of St. George slaying the Dragon (reverse exactly as it was adopted and used in 1817).

Recently Heritage Auctions sold a 1875 proof Sovereign mule struck in silver and muled with a Shilling obverse for $23,500. It had a R-6 rarity rating meaning there are 3 or 4 known, with 2 certified.

Since this is the only known and only certified Half Sovereign mule from 1880, this is a once-in-a-lifetime opportunity to acquire an extremely rare proof Half Sovereign off-metal mule struck at the Royal Mint. This unique mule was struck during a time of experimental design, denominations, metals and die pairings. This mule belongs in the finest collection of Great Britain numismatic rarities or in a collection of unique and historical die trials, patterns and experimental coinage from Great Britain. 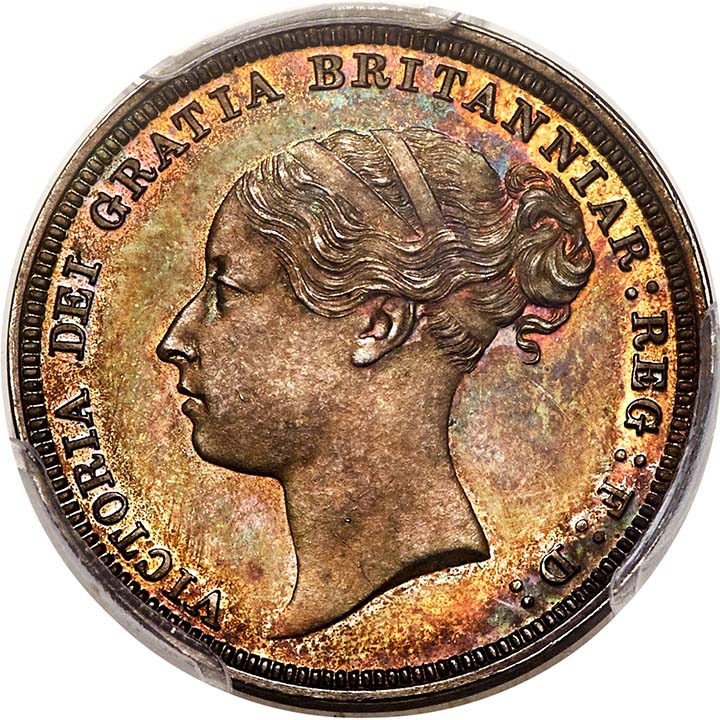 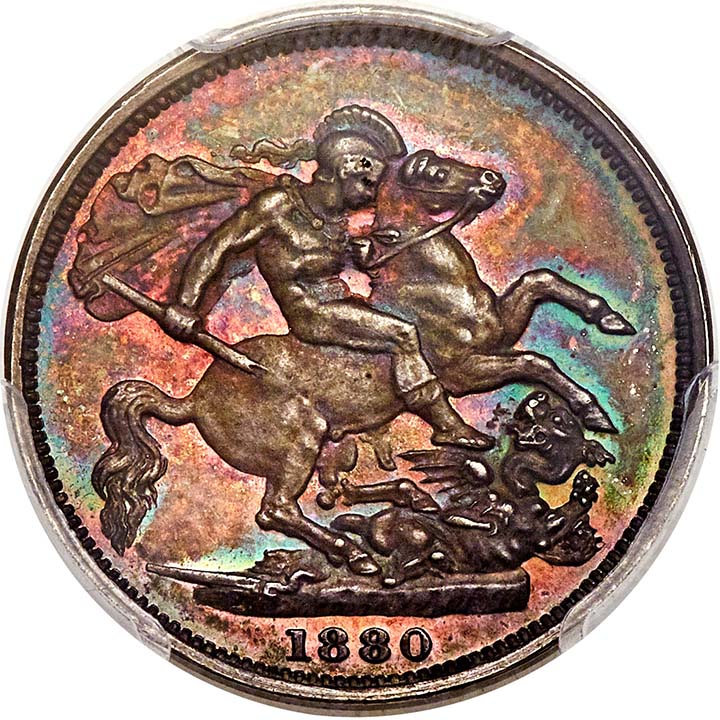 Featured on the cover of Mint Error News Magazine Issue 52: 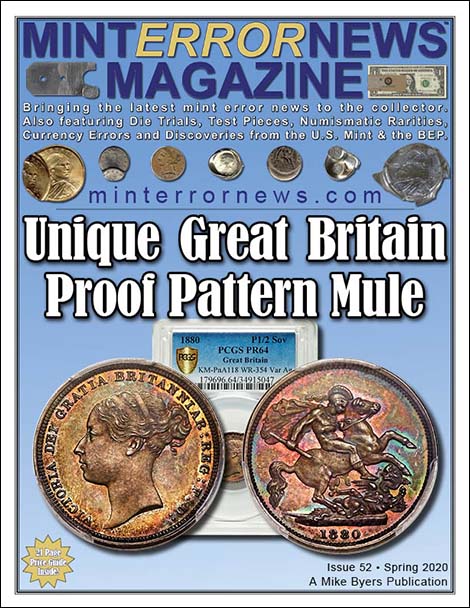 Recently I sold a different Great Britain Gold Half Sovereign Mule. It also is one of two known and was muled with a 1829 obverse die with a 1823 reverse die. Click below for more information:

This Proof Gold Half Sovereign Mule was featured in my NLG Award winning book, World's Greatest Mint Errors on page 131: 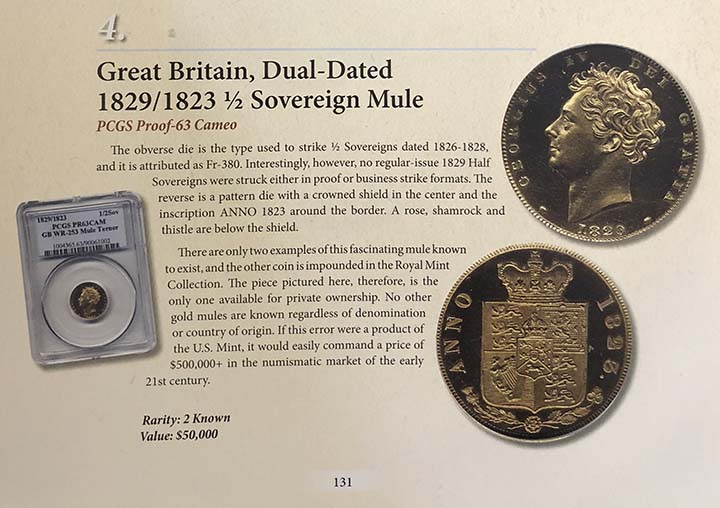