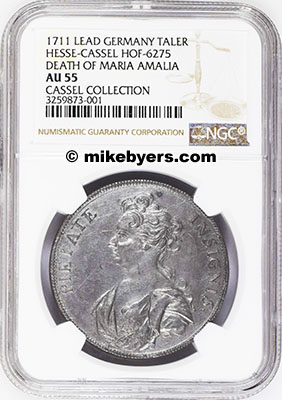 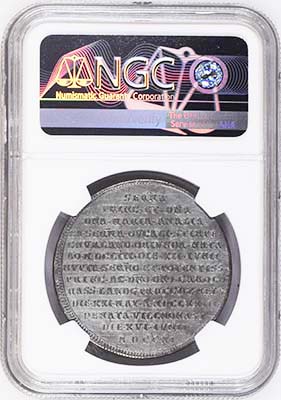 This is a unique lead die trial of both the obverse and
reverse of a very rare and expensive German Taler.

Krause KM lists it as KM-356 IN SILVER with a value of $3,700 in XF and not priced in UNC. It is so rare, a uncertified AU sold in a major auction recently for $14,000. KM 356 is the extremely rare "Bust Left" portrait of Maria Amalia. This Taler was struck to commemorate the death of Maria Amalia, the wife of Karl (1670-1730), the ruler of the German State of Hesse-Cassel. This was most likely the presentation piece struck in lead prior to striking a recorded mintage of 400 pieces in silver. It is estimated that there are only a handful of surviving coins.

NGC authenticated it and certified it as AU 55, with notation that it is from the world famous David Cassel collection of German coins. It is referenced to HOF-6275.

With a mintage of only 400 and a circulated piece selling for $14,000 in auction, it is very rare in silver but unique in lead. It is fully struck and breathtaking to look at. It is a unique and spectacular 300 year old die trial of a rare Taler issue. 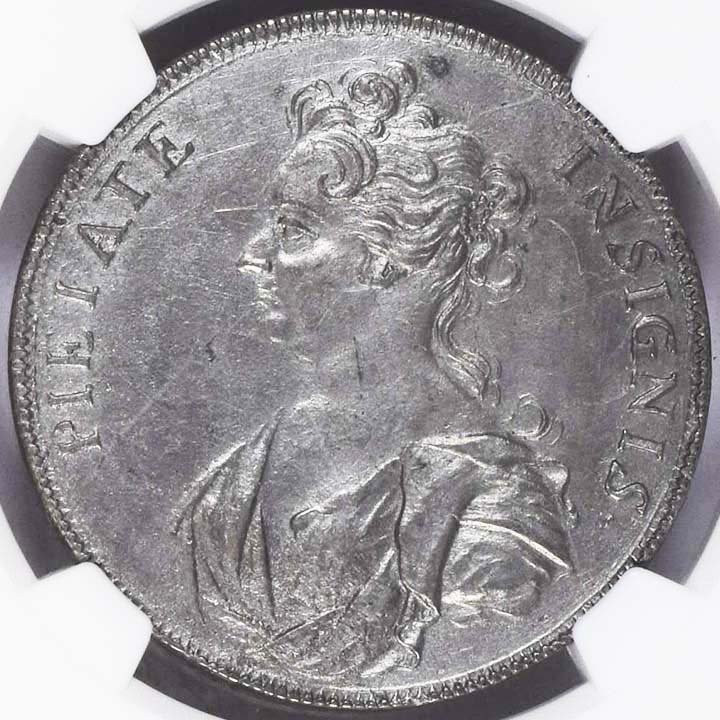 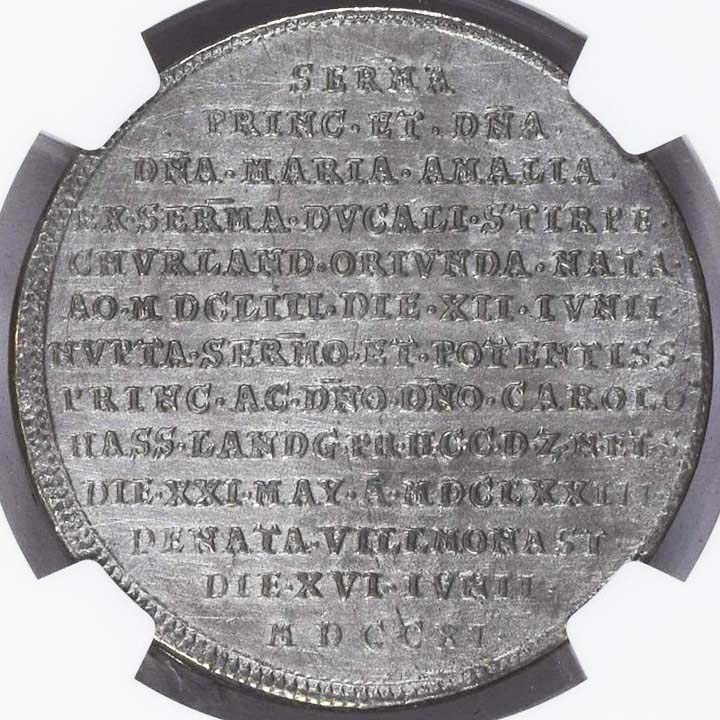