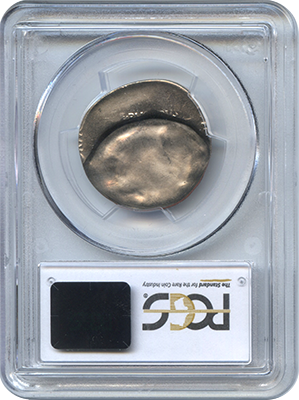 In order for this unlikely mint error to have occurred, two quarter planchets would have had to enter the collar, both off-center on top of each other and both struck by Ike dollar dies. This would be an off-metal mated pair if the other matching piece survived. But after almost 50 years it has not been discovered. 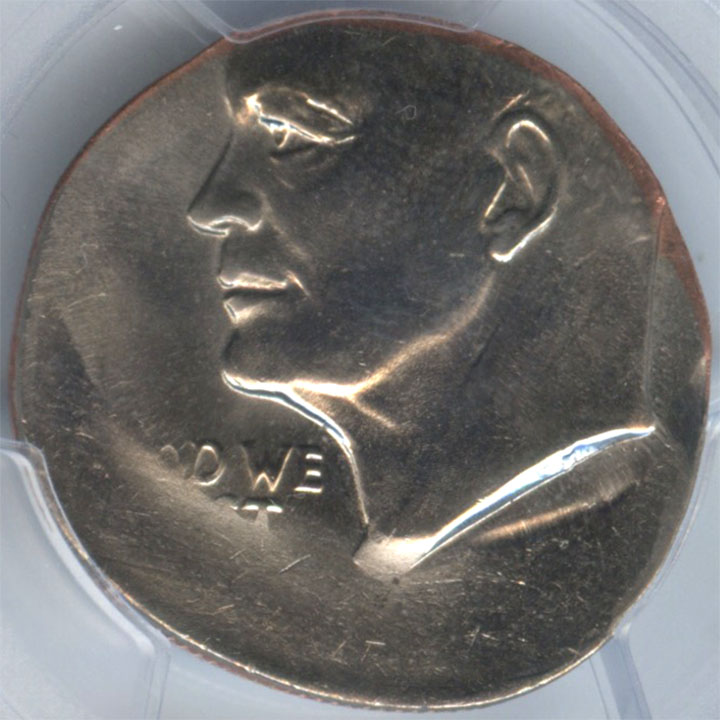 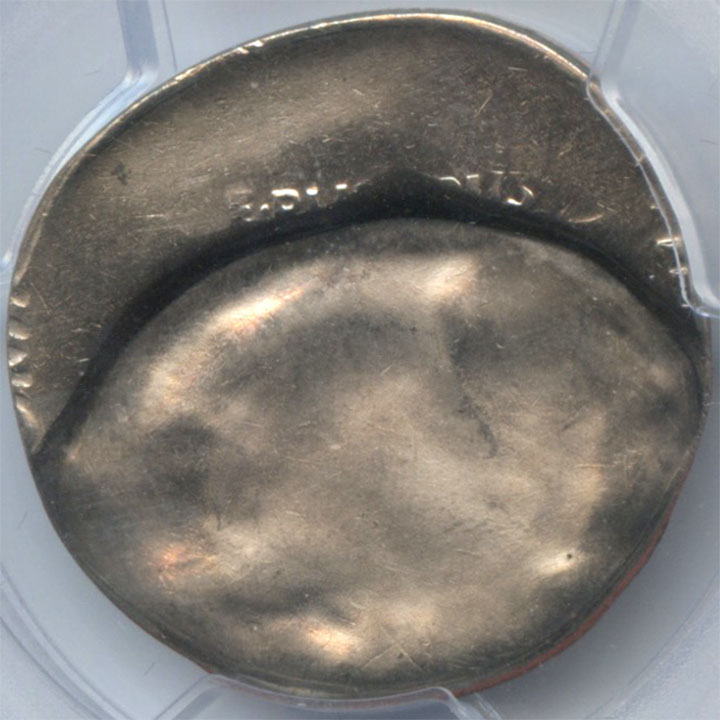