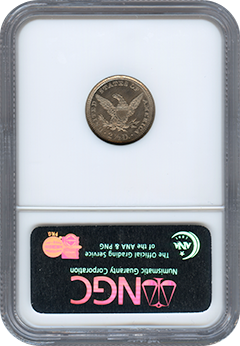 This numismatic discovery was just certified in 2007 by NGC. It is one of two known U.S. Liberty gold coins struck on wrong planchets and certified by either NGC or PCGS as a mint error. The other known piece is a unique 1851 $20 Liberty struck on a cent planchet and certified by NGC.

Coincidentally, in 1975 I bought the 1851 $20 Liberty on a Large Cent planchet from Fred Weinberg. It was one of the highlights from the famous Dr. J. Hewitt Judd Collection. Judd listed it with illustration in Appendix B of his pattern book as a mint error. Until the discovery of this 1866 $2½ struck on a 3 Cent Nickel planchet, it was the only known U.S. gold coin struck on a wrong planchet. The $20 struck on the Large Cent planchet now resides in an East Coast collection of mint errors and is valued by many mint error specialists at over $150,000 should it ever become available.

This unique 1866 $2½ is an incredible discovery for many reasons. An 1866 $2½ has an extremely low mintage with only 3,080 struck and is one of the rarest dated $2½ Liberties known. It is a five-figure coin in just mint state 60 and a true gem, if it existed in this grade, would be worth well into six-figures.

This mint error is in gem condition. It was fully struck and has pristine fields and a flawless portrait. I would describe this coin as struck. It weighs 2.04 grams since it was accidentally struck on a 3 Cent Nickel blank planchet. It is incredible that this coin was preserved in this condition.

There are other U.S. gold coins struck as patterns and die trials on different alloys and/or with different designs. These are listed in Judd in the regular section along with the patterns. It is possible that one of these listed may actually be a mint error struck by mistake on a wrong planchet. But until one is authenticated and certified by PCGS or NGC as a mint error, only the $20 on a Large Cent blank and this 1866 $2½ on a 3 Cent Nickel planchet have been verified. I've handled patterns, die trials, splashers and other numismatic rarities since 1975 and I've never come across a U.S. gold coin which I genuinely believe was struck by mistake (mint error) on a wrong planchet other than the two I mention above.

In his 1975 reference book United States Gold Coins - An Analysis of Auction Records Volume II - Quarter Eagles 1796-1929, David Akers states that he has not seen a strictly uncirculated 1866 $2½ and that it is very underrated in all grades.

I'm proud to announce that I recently purchased (via private treaty) the finest known mint state 1866 $2½ struck in gold. It is certified MS 65 by PCGS. It was previously in an NGC holder with the same grade. Current population reports published by PCGS and NGC, as well as the auction archives on the Heritage Auction Galleries website, clearly show that this piece is the finest known and the only one certified mint state 65 by both PCGS and NGC.

Without exaggeration, this major discovery is one of the most exciting and breathtaking mint errors that I have ever handled since 1975. To have a unique combination of an extremely rare dated gold coin, with a six figure value in superb condition, that is also a mint error (struck on a 3 Cent Nickel planchet) is a once-in-a-lifetime opportunity. This numismatic rarity is unique, spectacular and would be the showpiece of any collection of U.S. gold coins or major mint errors. This discovery mint error was featured on the cover of Mint Error News Magazine Issue 20. 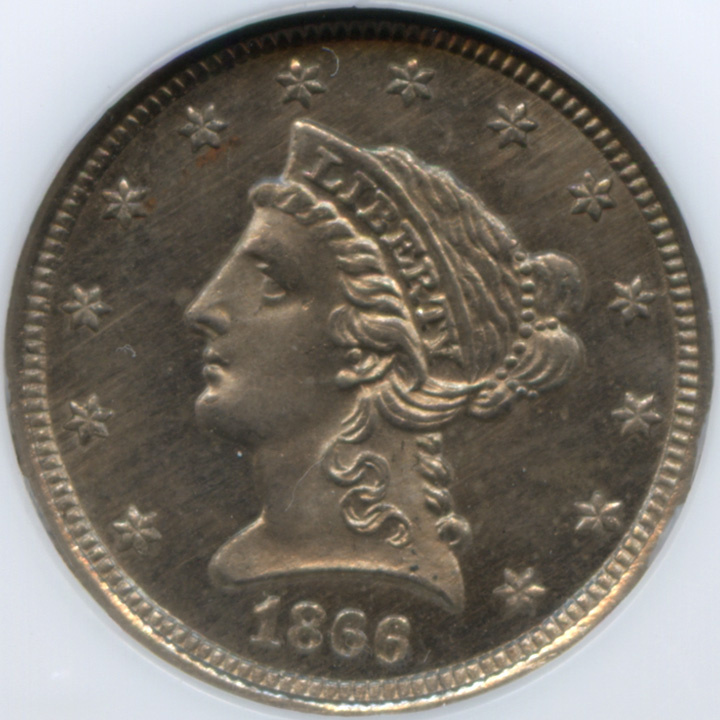 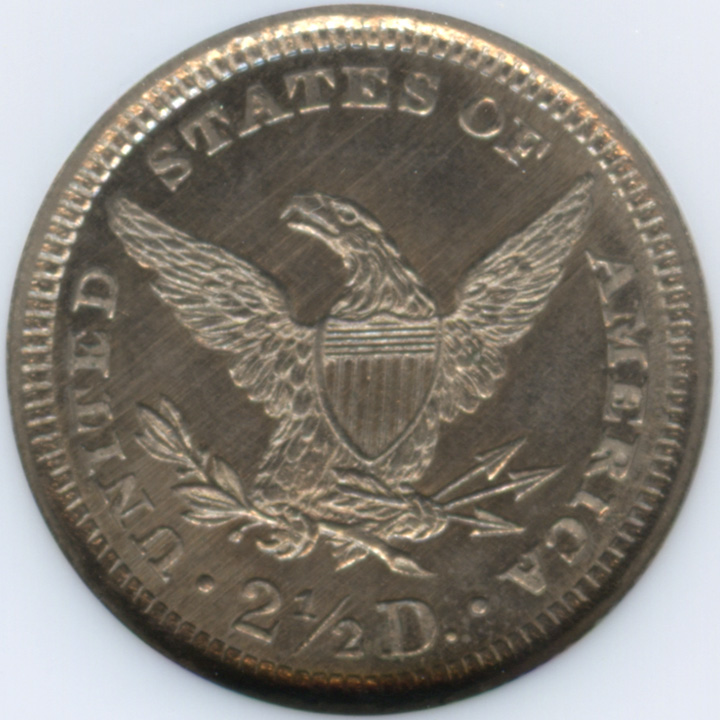 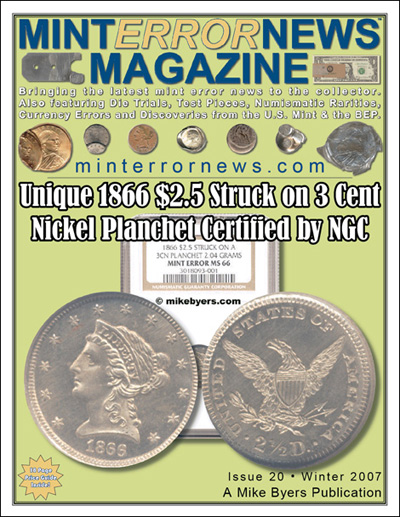