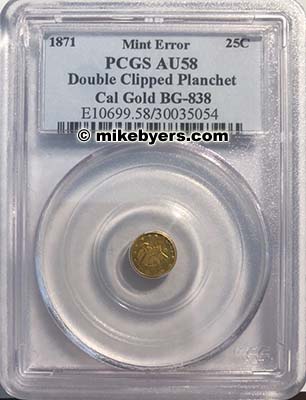 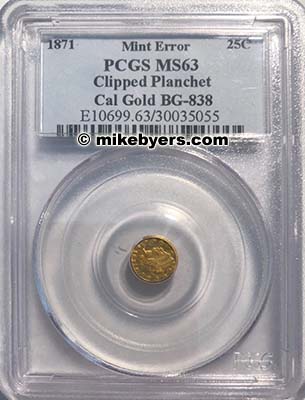 This is a unique pair of 1871 California Fractional Gold Quarter Dollar mint errors. This is the only known double clipped planchet on any fractional gold coin and there are a few known with a single clip. This pair is also unique since both were punched from the same gold strip and somehow they both survived for 150 years and remained together.

Gold coins struck on clipped planchets are a rare occurrence. A curved clip occurs when a punch (blanking die) overlaps a previously punched hole in the gold metal strip. The gold metal strip fails to properly advance through the blanking press, creating this mint error.

In researching major mint errors on California fractional gold pieces, it appears that there are approximately 12 double struck, 5 that are uniface (either struck with only the obverse or only the reverse die), 3 that are brockages (struck by a coin that was already struck), 1 overstrike, 1 incomplete punch and this unique pair of California fractional gold coins struck on clipped planchets from the same gold strip.

In 1864, the U.S. Government passed the "Private Coinage Law of 1864." This new legislation prohibited the manufacture of all private gold coins intended for use as money to circulate side by side with the officially struck U.S. coins. This law was mostly ignored by the producers of fractional gold pieces, who continued to strike them in the smaller denominations through 1882.

These Liberty Gold Quarter Dollars are designated as BG-838 (Breen-Gillio Reference Book). They were authenticated and certified by PCGS. It is amazing that this unique gold mint error pair exists and survived during the California gold rush era. 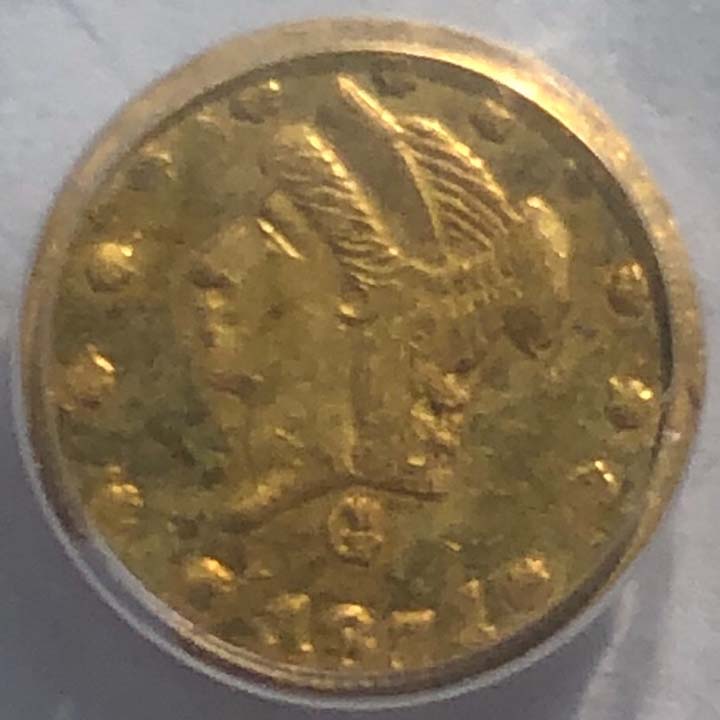 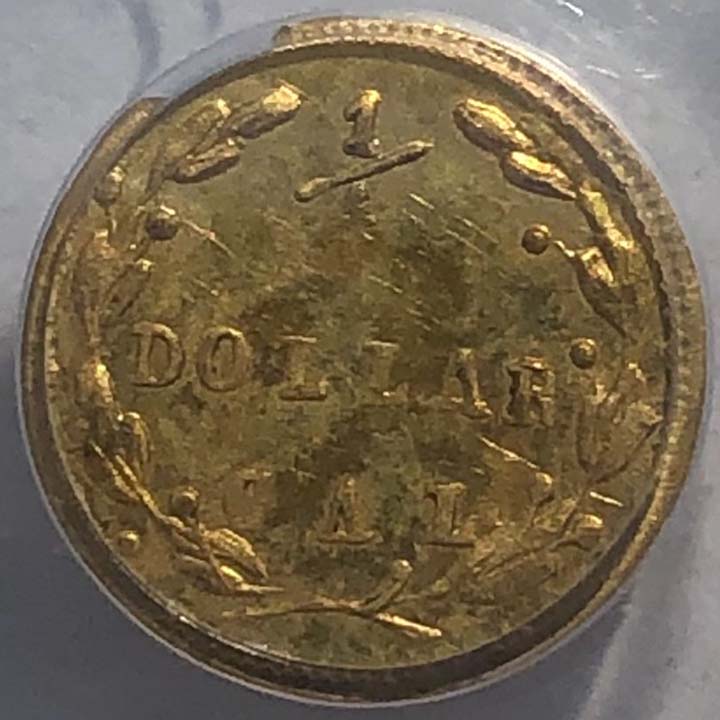