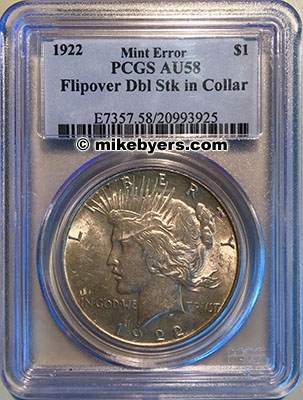 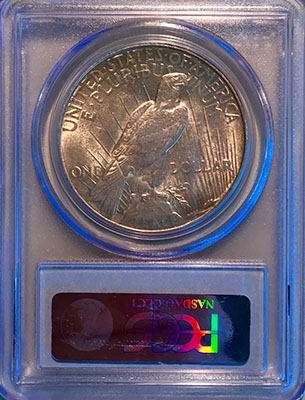 This is an unbelievable and unique Peace Dollar that was double struck. It is a flip-over since the struck coin flipped over but remained in the collar. It was subsequently struck again and rotated 270 degrees between the strikes.

There are a few double struck Peace Dollars known but the second strikes are 80% to 95% off-center and several have uniface reverses.

This is the only known flip-over double struck Peace Dollar. It was authenticated and certified AU 58 by PCGS. It is unique since it is double struck in the collar and is also a flip-over.

This is truly a unique and dramatic major mint error in the Peace Dollar series. 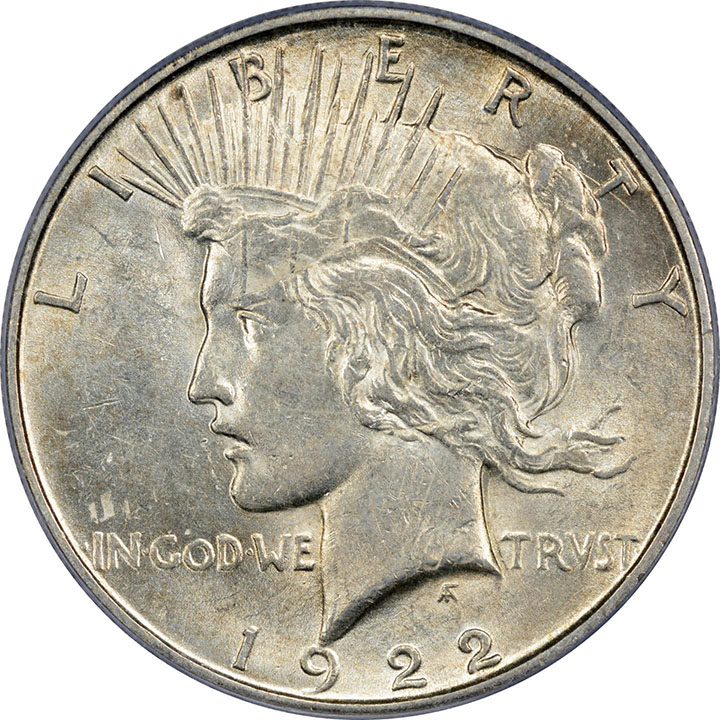 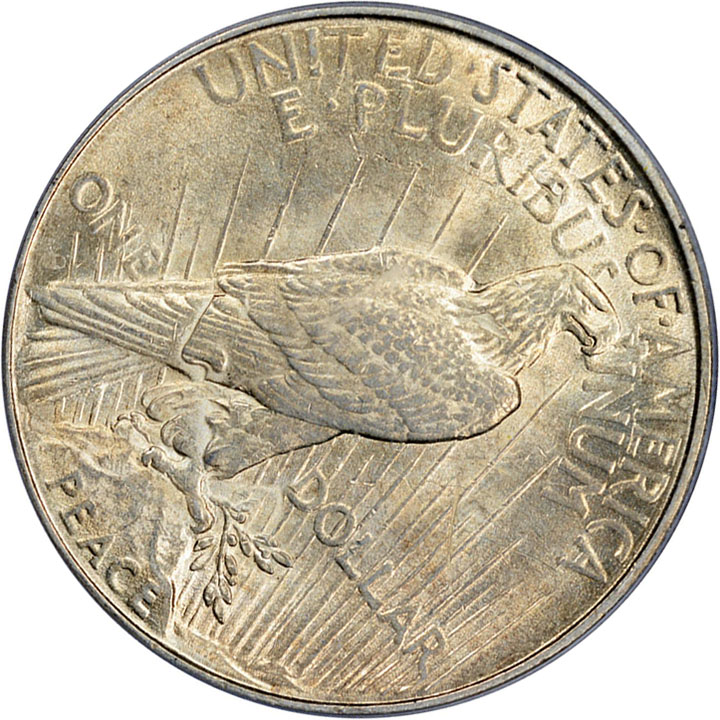 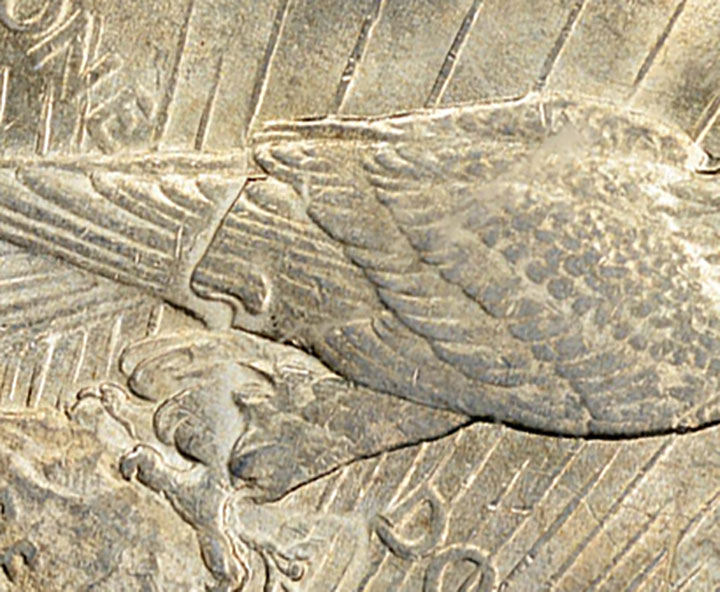 Notice the considerable detail of the portrait and face from the first strike. 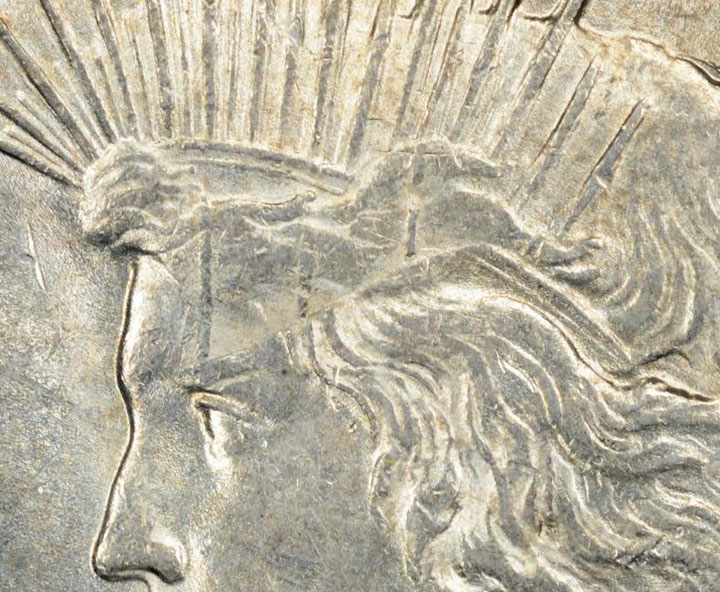 Notice the considerable detail of the Eagle's wings and rays of the sun from the first strike.