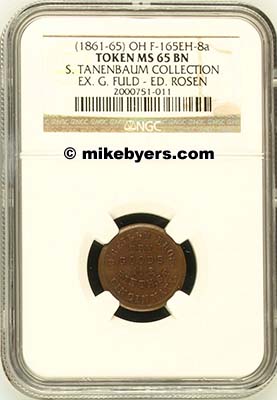 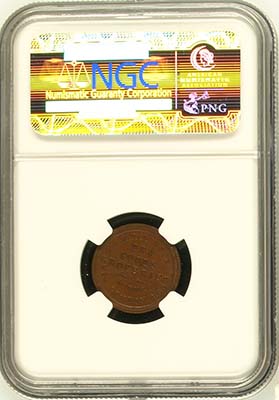 This famous unique Civil War merchant token as been in some of the world's finest numismatic collections of Civil War tokens. It's pedigree includes Steve Tanenbaum, Steve Hayden, Ed Rosen and George Fuld (who wrote the reference book used by PCGS & NGC for designations).

Private die sinkers took advantage of this situation by striking copper Civil War tokens for merchants. Some tokens had advertisements on one or both sides and also patriotic symbols and designs of an Indian Cent or an eagle. These tokens looked similar to a U.S. copper cent and many people were confused and thought that these were government issued. In 1864, the U.S. Government banned the private minting of money. There were approximately 9,000 different designs that were found on the obverse of Civil War tokens. Civil War tokens flourished in the early 1860's since the U.S. government had strict counterfeiting laws for gold and silver coinage but not for copper coinage.

Even during the Civil War there were coin collectors of Civil War tokens who wanted a unique token for their collection. Some die sinkers struck intentional mint errors which included off-metals, double strikes, overstrikes and a few mules. This mule was intentionally struck since it pairs two different unrelated merchants on the same token. It is a special Civil War token since it is unique, in gem mint state and was part of the collection of four famous numismatists. 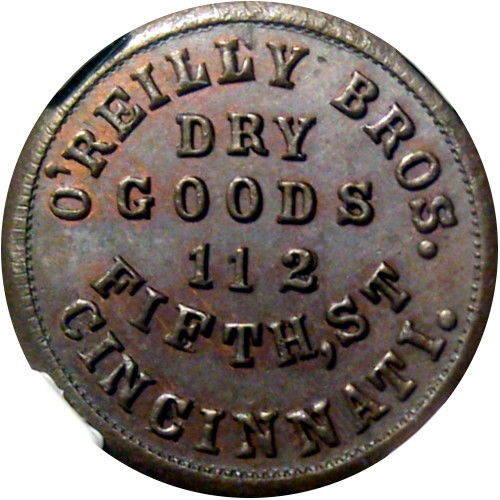 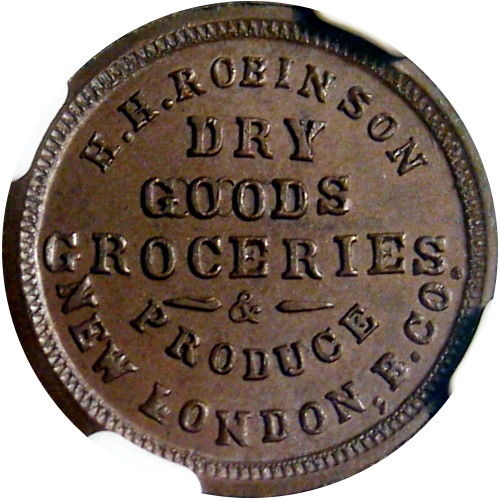