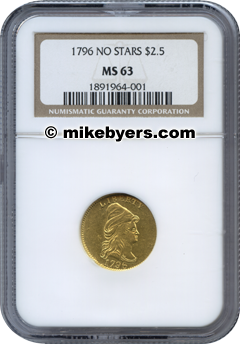 This is the single-rarest Quarter Eagle type from the 1796-1834 era. This NGC certified Mint State 63 piece is the third finest known and is a truly spectacular example with lightly reflective fields and bright luster.

The Capped Bust Right Quarter Eagle of 1796-1807 is the work of Robert Scot. The first examples delivered in 1796 do not display stars as part of the obverse design, but all subsequent pieces display an arrangement of this popular device type around Liberty's portrait. Mintages remained limited throughout the entire series and no Quarter Eagles were struck with the dates 1799, 1800, 1801 or 1803. With fewer than 1% of the original mintages believed to exist, all issues in the Capped Bust Right Two-and-a-Half series are understandably rare and infrequently encountered in today's market.

After the Mint Act of April 2, 1792 was passed by Congress, steps were taken to proceed with a physical Mint facility in Philadelphia, then the nation's capital. The cornerstone for the new building, the first official government structure in the United States, was placed on July 31, 1792, and construction continued until early 1793. Silver dollars were coined in 1794, and gold coins beginning in 1795.

The first quarter eagles were struck on September 21, 1796, with a delivery of just 66 pieces. It is believed that all of these pieces were the extremely rare variety now known as BD-1 (BD for Bass-Dannreuther), that a further delivery of 897 pieces dated December 8, 1796, were all examples of this BD-2 variety, and finally a delivery of 432 quarter eagles dated January 14, 1797, were all the BD-3 variety of the 1796 With Stars design.

These first quarter eagles featured the Draped Bust obverse design in a plain field with LIBERTY above and the date below. The reverse was the Heraldic Eagle design adapted from the Great Seal. A shield covered the eagle's breast with a row of clouds and a constellation of 16 stars above. The legend UNITED STATES OF AMERICA follows the border, and the eagle holds an olive branch and arrows in its claws. Recently, the finest known example, a PCGS MS 65, sold in a Heritage Auction for $1,725,000. 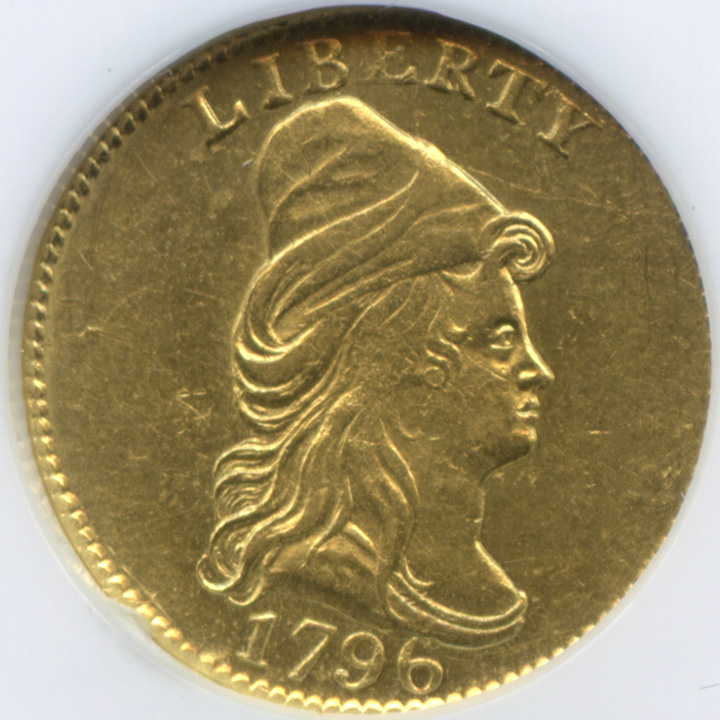 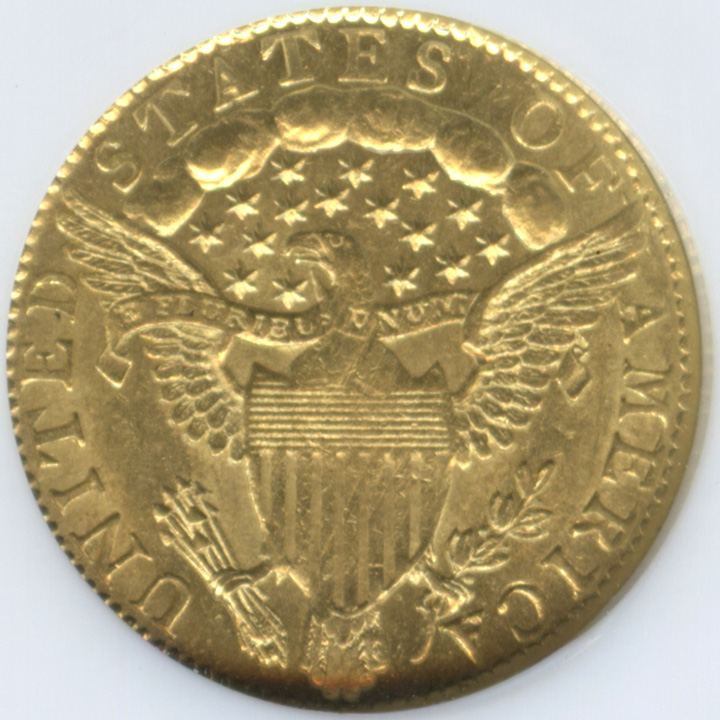