Although the No Stars design of 1796 is the more popular coin with its one-year type design, the With Stars variety is actually considerably rarer with less than half as many struck (432 vs. 963 pieces). Since the With Stars has the same design type as the successive years through 1807, it is an overlooked issue among early quarter eagles. The estimates of the number of survivors range from as few as 20 to 25 coins (Akers) to a high of 30 (Breen). The actual number of survivors is probably in the range of 50 coins. Virtually all are in the VF-XF grade range, most show weak striking and have adjustment marks.

The Capped Bust Right Quarter Eagle of 1796-1807 is the work of Robert Scot. The first examples delivered in 1796 do not display stars as part of the obverse design, but all subsequent pieces display an arrangement of this popular device type around Liberty's portrait. Mintages remained limited throughout the entire series and no Quarter Eagles were struck with the dates 1799, 1800, 1801 or 1803. With fewer than 1% of the original mintages believed to exist, all issues in the Capped Bust Right Two-and-a-Half series are understandably rare and infrequently encountered in today's market.

This piece is fully struck and is proof-like. Rich reddish-orange patina covers each side of this attractive coin with bright, semi-proof-like fields. Recently, the finest known example, A NGC MS 65, sold in a Heritage Auction for $1,006,250. This MS 63 PCGS $2.50 1796 With Stars would be the centerpiece of any U.S. Gold collection. 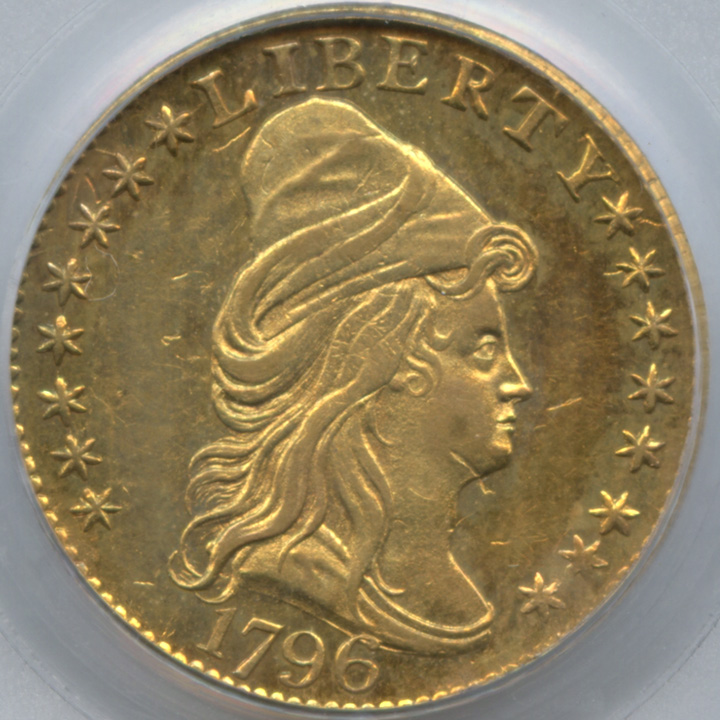 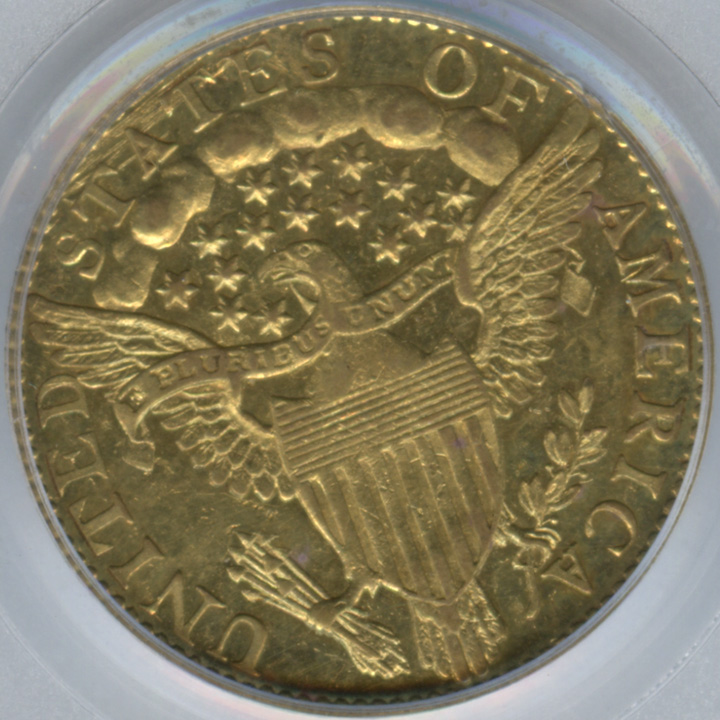