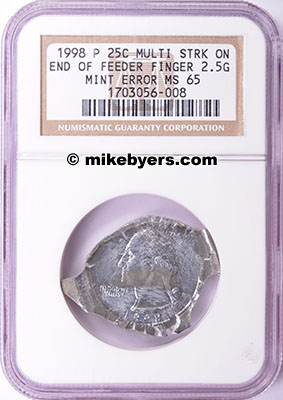 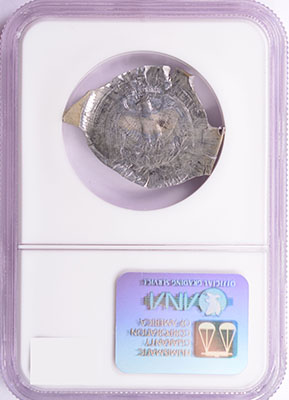 In 1999 I discovered a small group of U.S. coins struck on aluminum scrap. These were unknown to the numismatic community since this was a new type of major mint error. This group contained a few State Quarters, one Kennedy Half, one SBA Dollar, several Sacagawea Dollars and one pre-state quarter (eagle reverse). After a tour of the U.S. Mint at Philadelphia, it was determined that the minting process had changed to some degree. One of the changes was that "feeder fingers" were used during the striking of all denominations of U.S. coins. Coins from all modern denominations have been discovered that were struck on the tips of these feeder fingers. 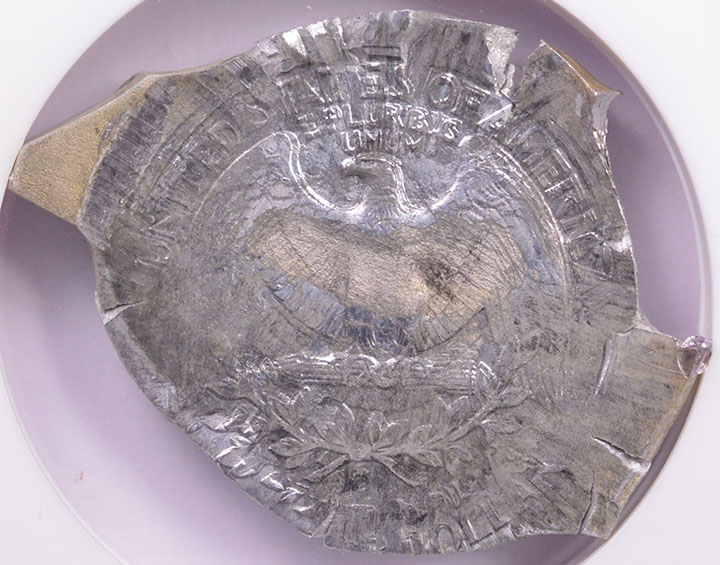 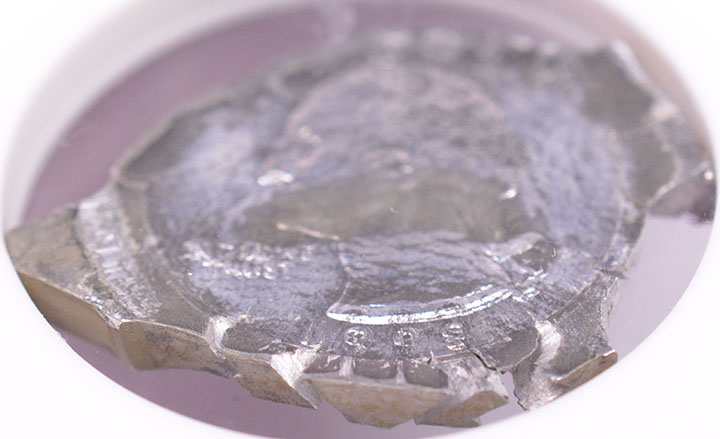 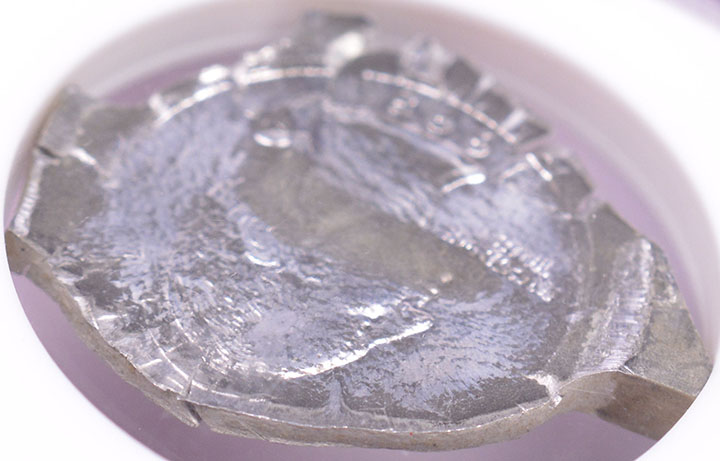 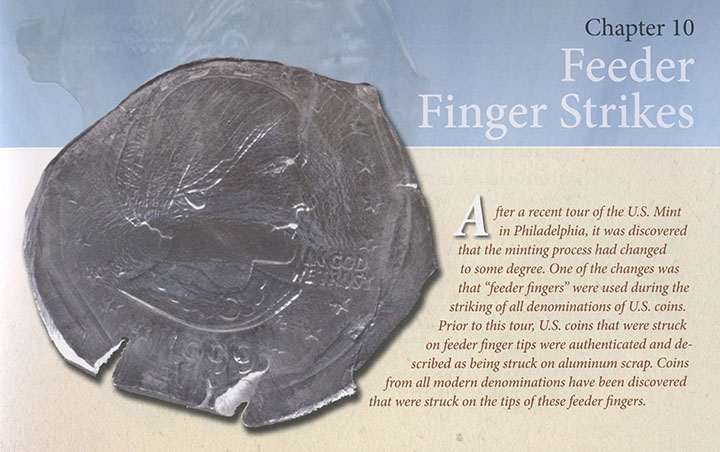 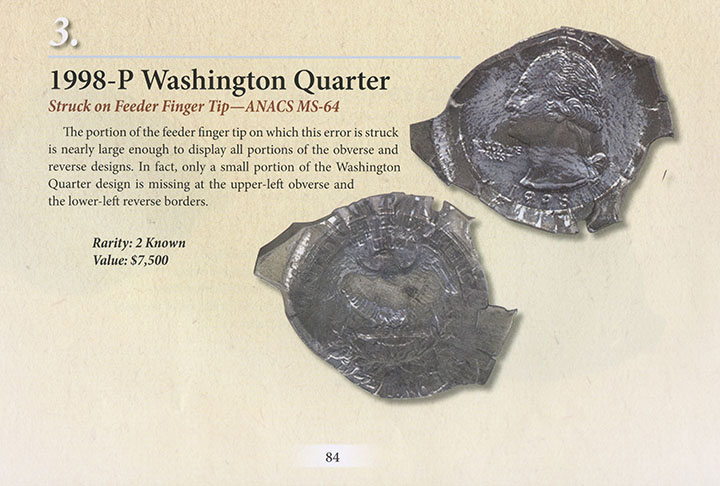 I discovered this first group of U.S. Coins struck on feeder fingers: 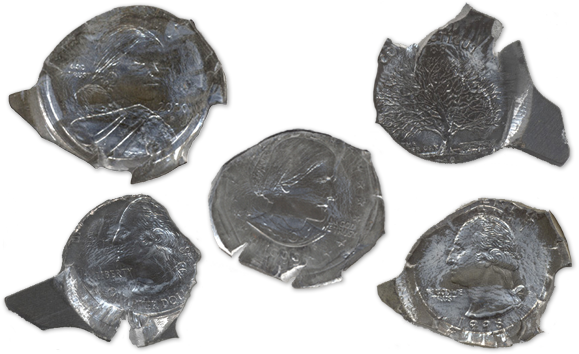