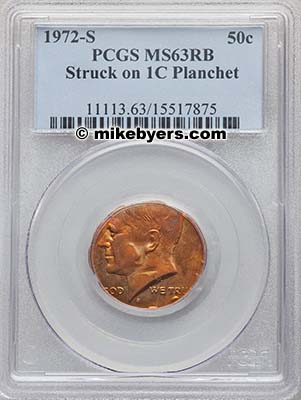 Kennedy Half Dollars struck on copper Cent planchets in proof are very scarce. This mint error shows just enough of the date, which is 1972-S. It is perfectly centered showing Kennedy's profile on the obverse and the eagle on the reverse. It is in choice proof condition and still exhibits original red color on both sides. 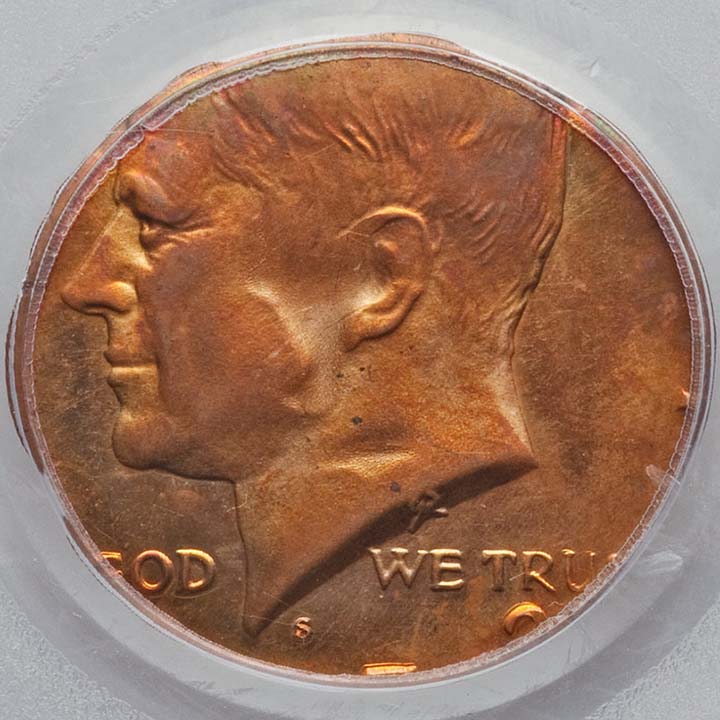 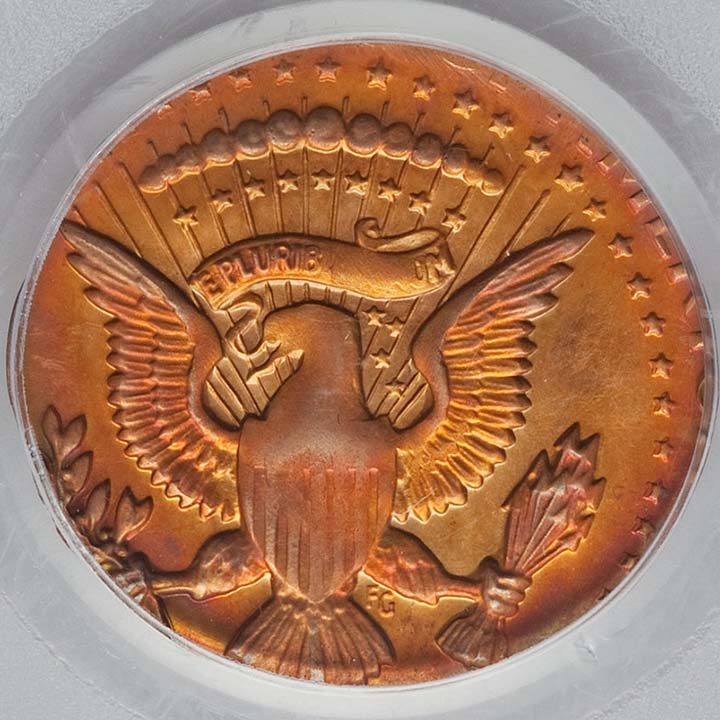