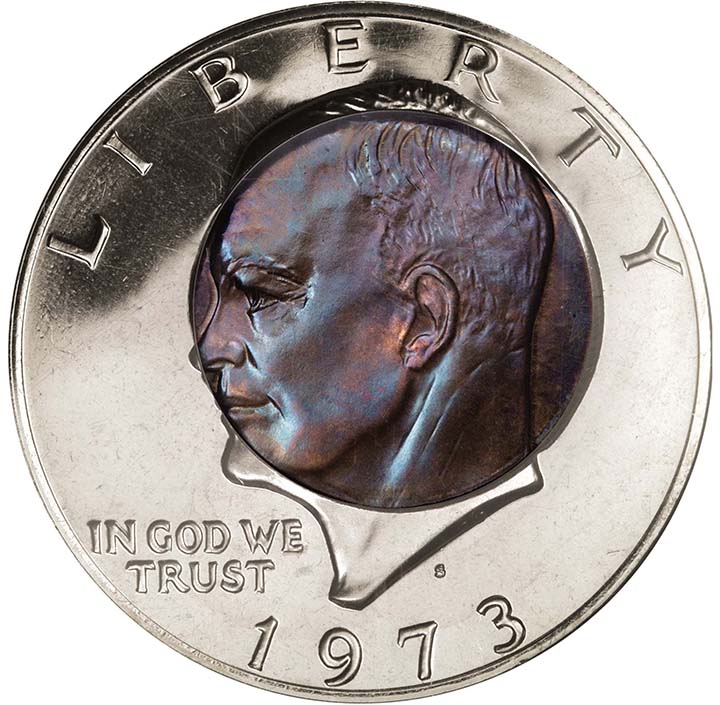 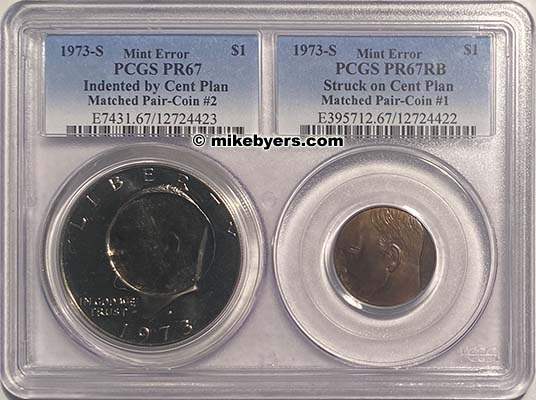 This amazing unique discovery is the only known mated off-metal and indented pair on any U.S. proof coin. This mated pair is unique in several ways and is visually breathtaking. An Eisenhower Dollar planchet and a copper Cent planchet were both in the collar at the same time and were struck by Ike Dollar proof dies. The placement of the Cent planchet was perfectly positioned in the center of Eisenhower's portrait. Although there are a few other Eisenhower Dollar proof mated pairs known, this one is the most visually dramatic. 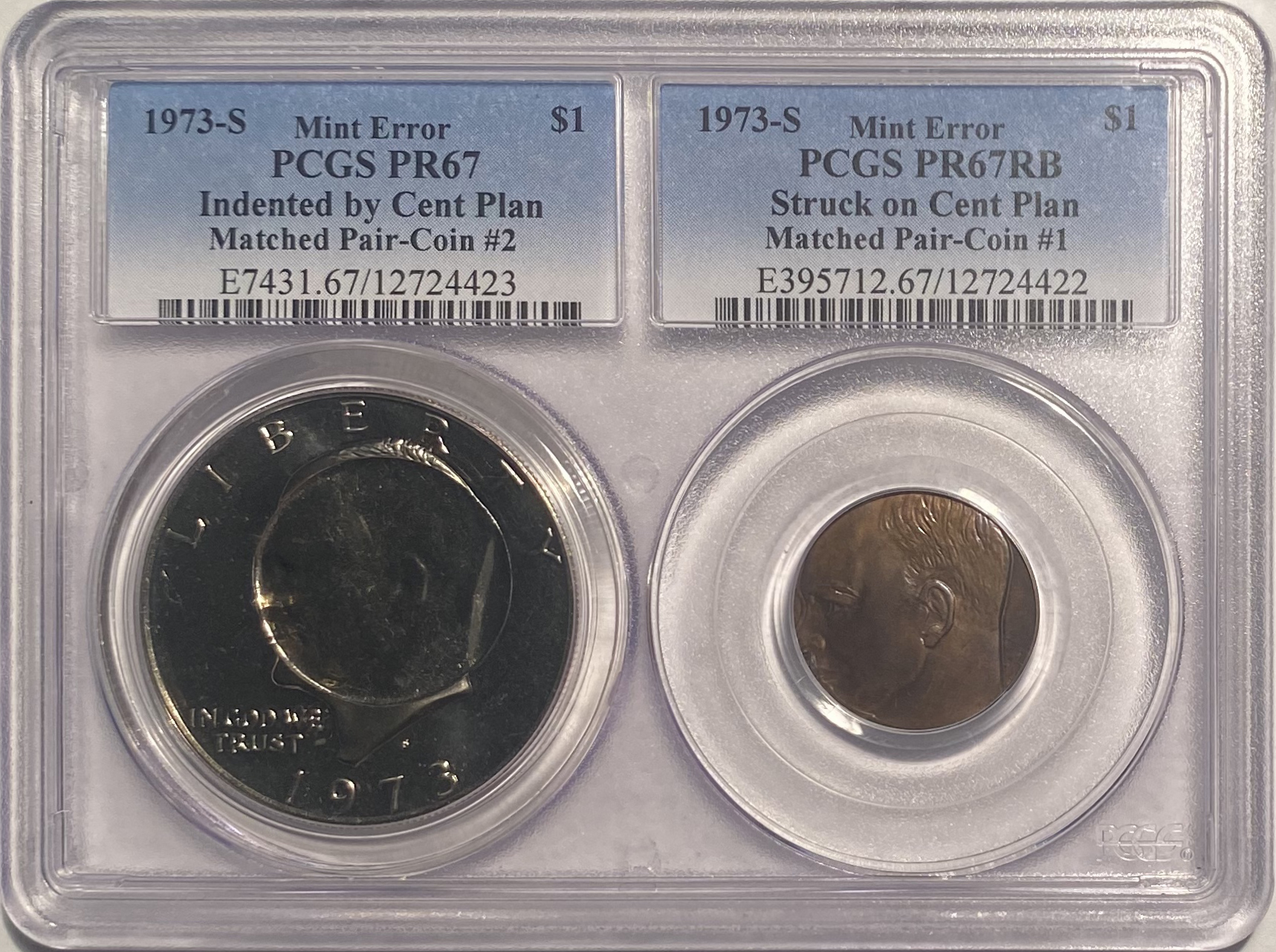 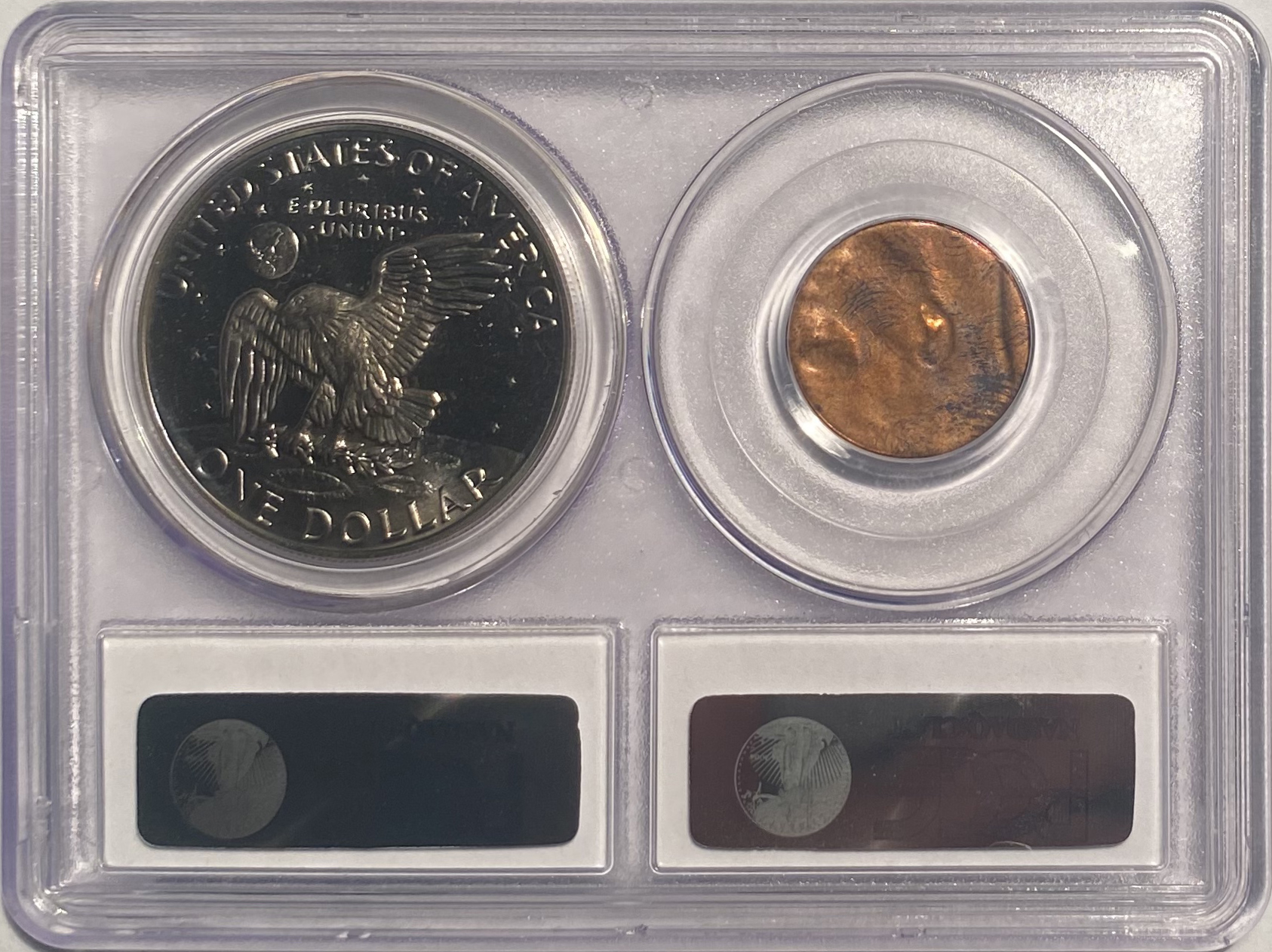 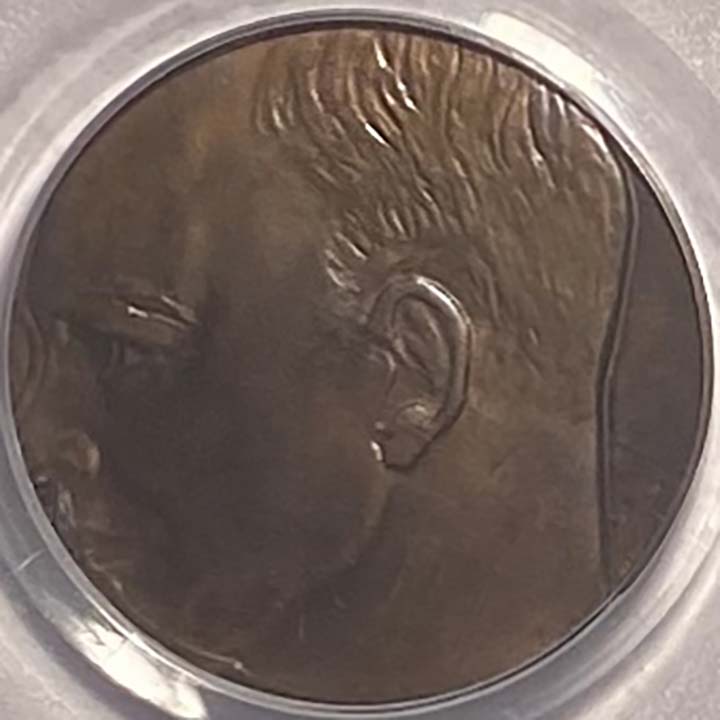 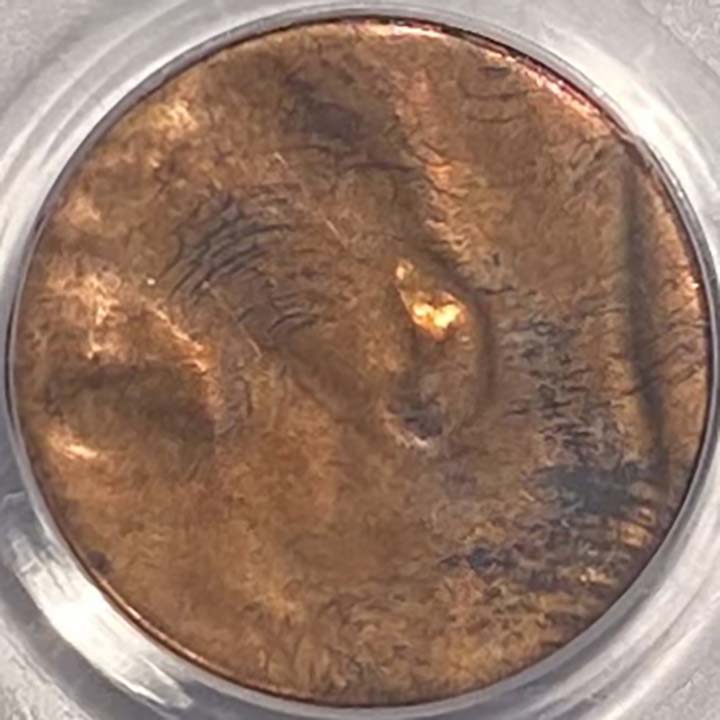 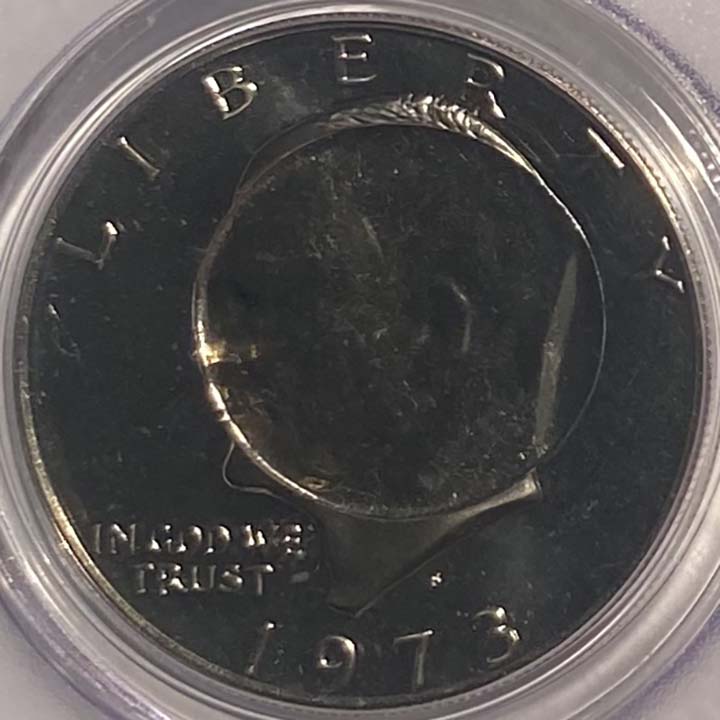 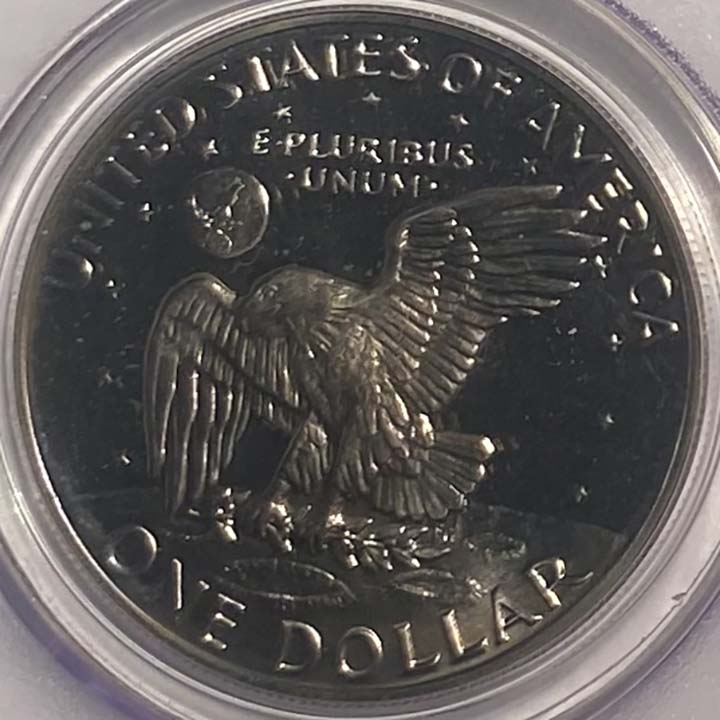