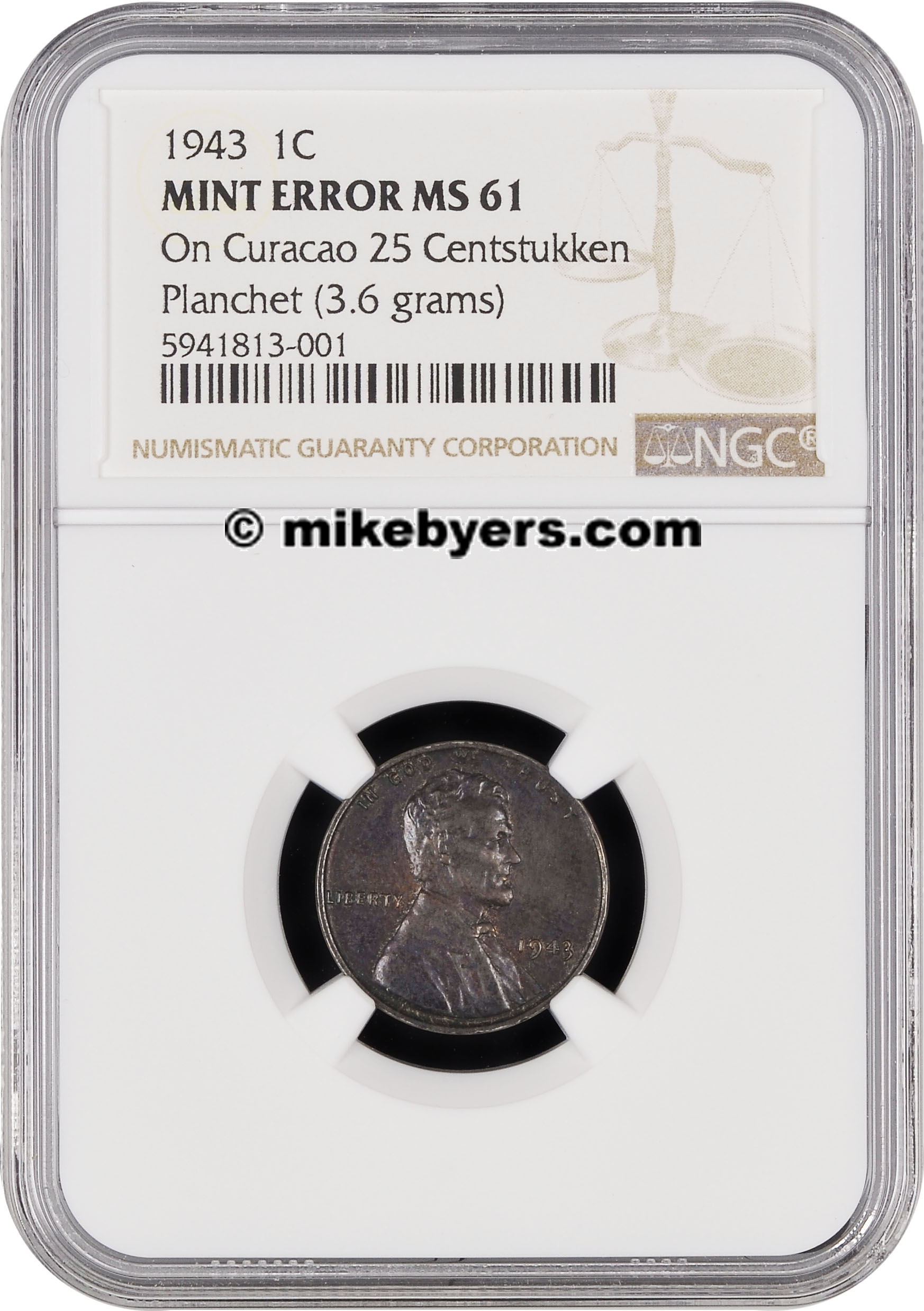 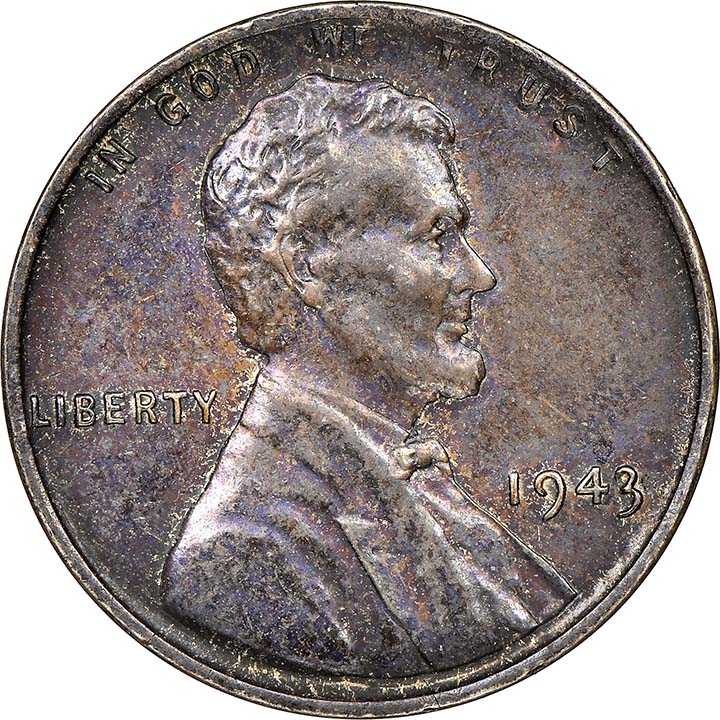 This is a world-class 1943 Lincoln Cent major mint error. It's many times rarer than the 1943 copper Cent.

The United States Mint has produced coins for foreign governments at various times during its history. During World War II the U.S. Mint in Philadelphia struck 1943 dated coins for the Netherlands, intended for circulation in their territories of Surinam and Curacao. These blank planchets weighed 3.575 grams, had a diameter of 19 mm, and the composition was 64% silver and 36% copper. 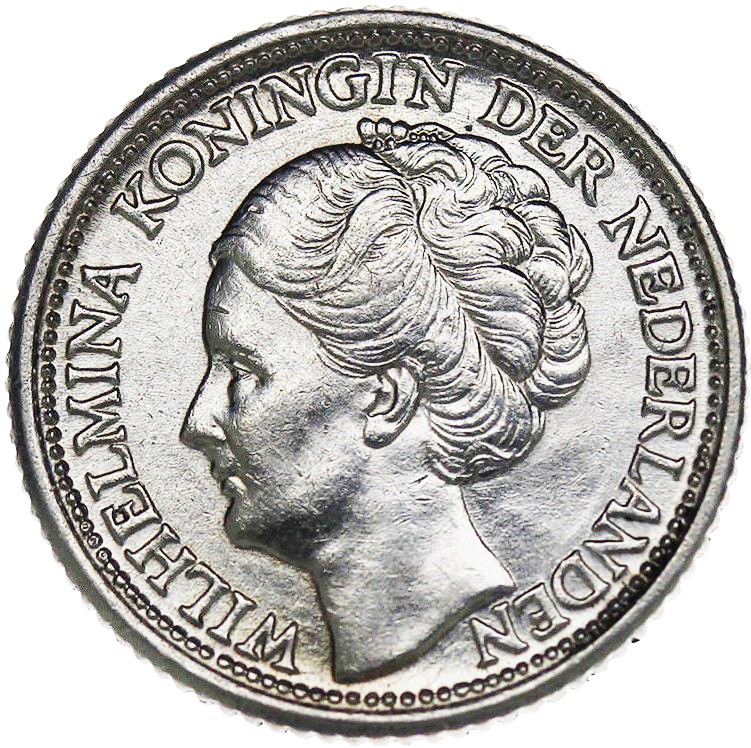 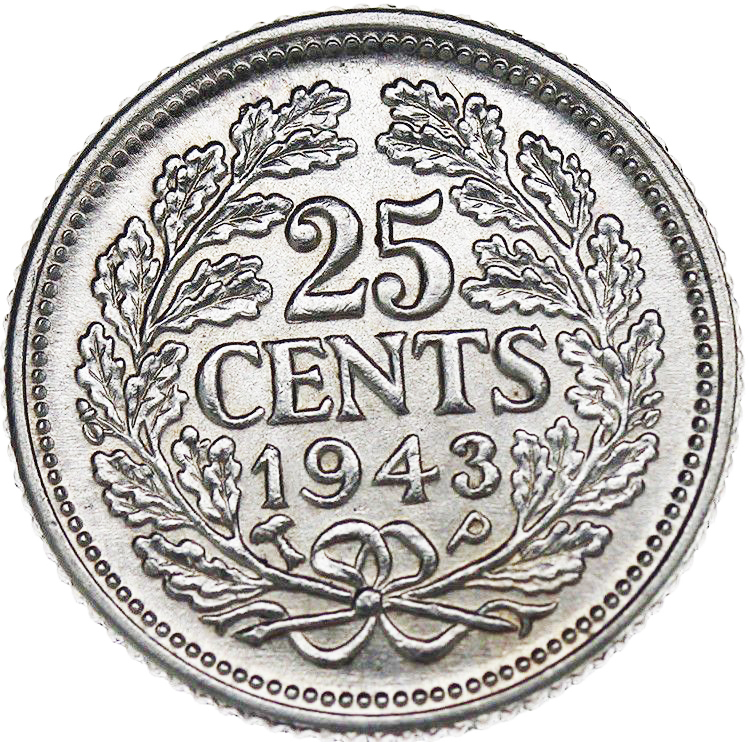 According to public auction records since World War II (75 years) PCGS and NGC have just authenticated and certified a total 5 of 1943 Lincoln Cents struck from blank planchets from Surinam/Curacao.


There is one known designated as "struck on a Netherlands 25 Cent planchet" that sold in a Heritage Auction for $24k certified by NGC as MS 61. Although this coin is damaged with a clearly visible X cut, it was not net graded by NGC. It was pedigreed to the Albert Michael Pratt collection. According to the Heritage Auction write-up,

"The strike details are crisp overall, and there are only a couple of small patches of the underlying silver that show through the copper on each side. Apparently someone else was unsure of the composition and cut a long X into the right obverse field out from Lincoln's chin, but the underlying silver does not show in that area. Undoubtedly, this is one of the most intriguing errors we have seen in many years."

There are 2 known designated as "struck on Curacao 25 Cent planchets" that have sold in public auctions. The most recent was the NGC certified XF 40 that was sold by Heritage Auctions for $14,950 in 2015.

There is 1 known designated as "struck on a Surinam 25 Cent planchet" that was certified by ANACS as Fine 12 Damaged Net Graded and sold for $16,675 in a Bowers & Merena 2006 public auction.

This one offered is certified MS 61 NGC and designated as "struck on a Curacao 25 Centstukken planchet" and was in the Fred Weinberg Collection for over 20 years.

This 1943 Lincoln Cent struck on a Curacao planchet looks copper and does not look at all like the Surinam/Curacao 25 Cent piece photographed above. Considering that the damaged example sold in Heritage for $24,000, this undamaged example in the same MS 61 grade is very reasonably priced and offers considerable value.

This extremely rare 1943 Lincoln Cent off-metal is the finest of the 5 known. It would be the highlight and centerpiece of a collection of Lincoln Cents, major mint errors or coins struck during World War II. 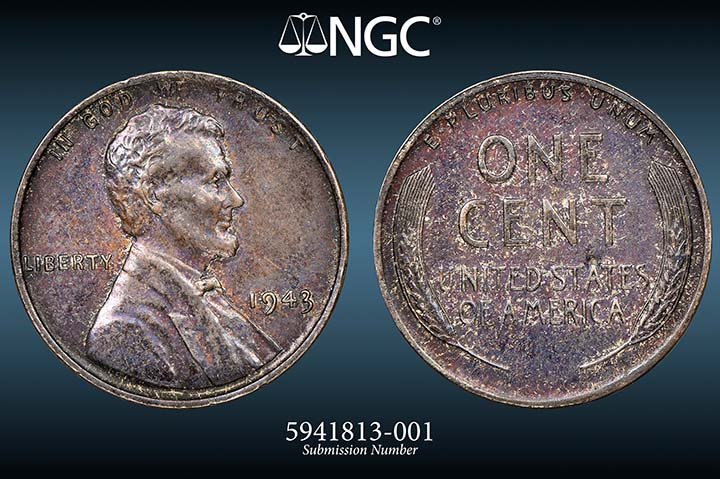 Featured on the cover of Mint Error News Magazine Issue 58: 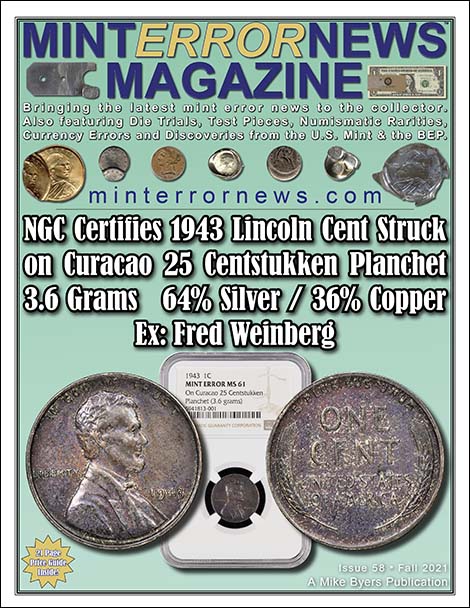