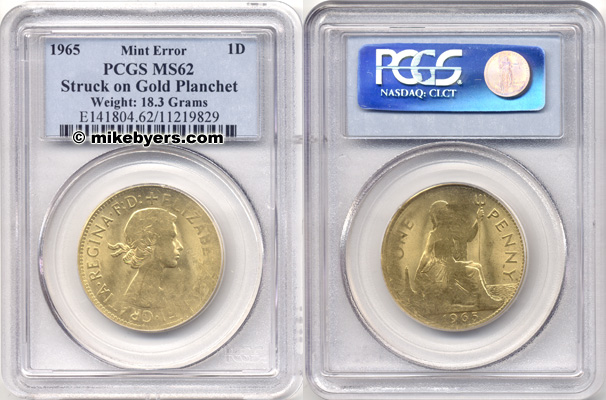 This is one of the most spectacular major mint errors of all time. It is a 1965 English Penny struck on a gold planchet weighing 18.3 grams instead of being struck on a copper planchet. This unique numismatic rarity first surfaced in 1975 when Fred Weinberg bought it in a deal. I was in his office a few days later and immediately purchased it after admiring and examining it. I then sold it to one of my customers.

It is a pleasure handling this Gold Penny again after thirty years. It has been authenticated and certified Mint State 62 by PCGS and is still the only one known. It is slightly larger than a U.S. Kennedy Half Dollar blank and is in choice mint state condition with spectacular luster.

Upon certifying this coin, Fred Weinberg stated that “it was totally unexpected when I saw this ‘old friend’ cross my desk, since I authenticate the mint errors for PCGS. I bought and sold this unique English Penny struck in gold thirty years ago. After selling it to Mike Byers at that time, I remember the thrill of holding this heavy English gold Penny in my hand. It was just certified by PCGS in January 2007 and is still one of the neatest, exciting and most obvious ‘off-metal’ coins of any type that I have ever handled.”

Recently, in the ANR auction on 04/15/05 of the Eliasberg collection, a small group of coins struck in gold were sold. Here are a few of the prices realized: 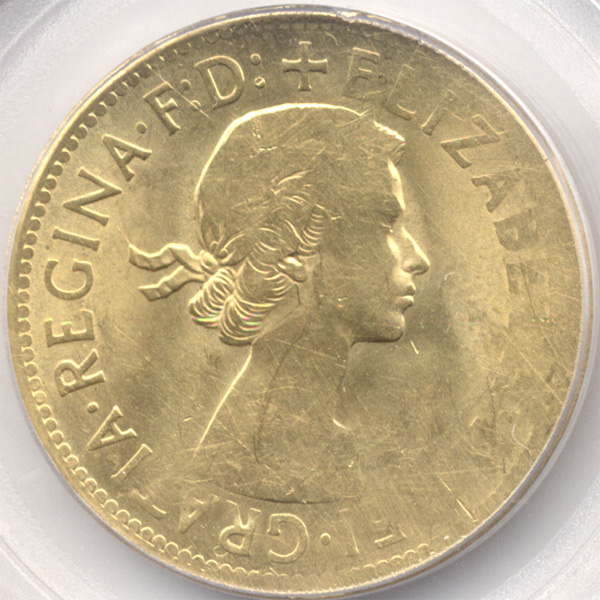 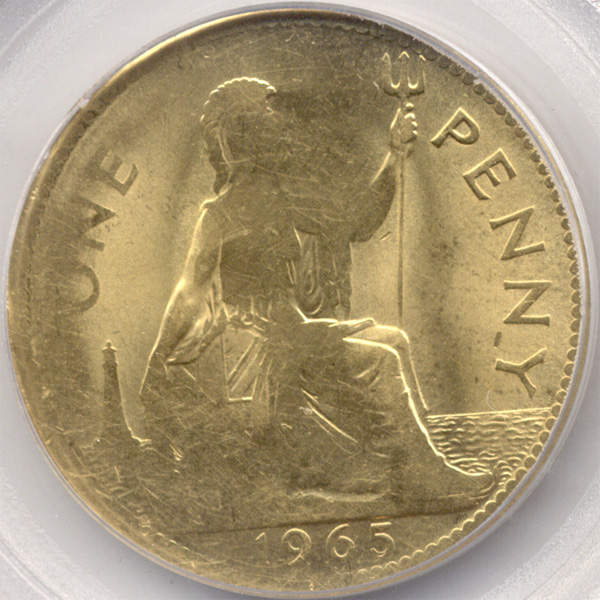 Featured on the cover of Mint Error News Magazine Issue 18: 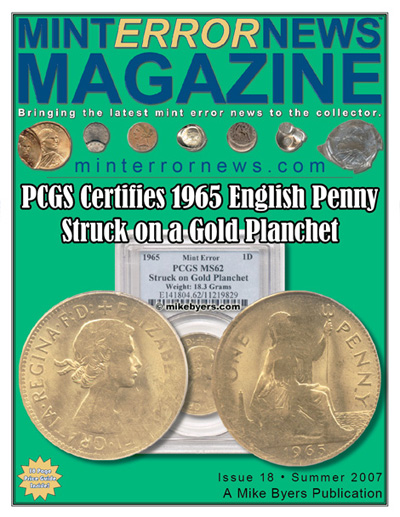