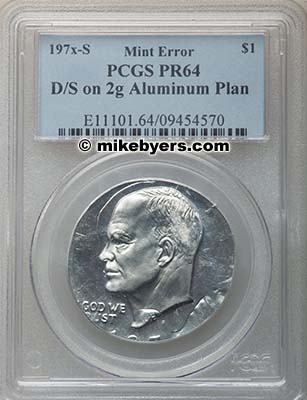 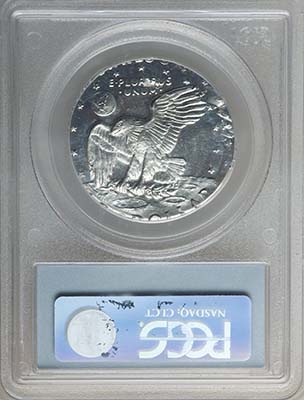 This is an amazing and spectacular proof major mint error. It is a Proof Eisenhower Dollar from the San Francisco Mint that is double struck on an aluminum Shell Gas token. In 1968, the Franklin Mint struck aluminum tokens for the Shell Oil Company. Shell Oil issued a Mr. President coin game booklet as part of a promotion for their gas stations. People collected these aluminum tokens of the first 31 presidents of the United States and got prizes.

The United States Mint did not strike aluminum coins for circulation. Somehow, two of these aluminum Shell tokens were accidentally mixed in a bin of blank planchets or deliberately taken into the Mint. It is also unclear whether these were intentionally made or struck during the normal minting process. Furthermore, they were either taken out of the Mint or surfaced in sealed proof sets where a lucky collector discovered them.

These two aluminum Shell tokens were overstruck by the proof Eisenhower Dollar dies. This example, on a Ulysses S. Grant token, was double struck. The immense pressure from the dies expanded the size of the struck token to nearly the size of a Eisenhower Dollar. On both the obverse and reverse, design from the token understrike is visible.

For comparison purposes, I sold a 1983-P Washington Quarter in mint state, struck over a token. This mint error was certified by NGC and realized $15,862 as lot number 6291 in the 2014 FUN Heritage Auction. This Eisenhower Dollar on a Shell Gas Token offered here is larger, aluminum, double struck and in proof.

Also for comparison purposes, here is a similar proof Ike Dollar that was struck at the San Francisco Mint in the 1970's on an Aluminum planchet weighing only 2 grams. It is also double struck and rotated a few degrees between the strikes. It is very well centered and shows the deep cameo portrait of President Eisenhower. It is the ultimate modern off-metal since it is on the highest denomination, proof and in aluminum.

There are only a few known U.S. coins struck on aluminum planchets. This Proof Aluminum Ike Dollar would be the centerpiece of any U.S. mint error collection. 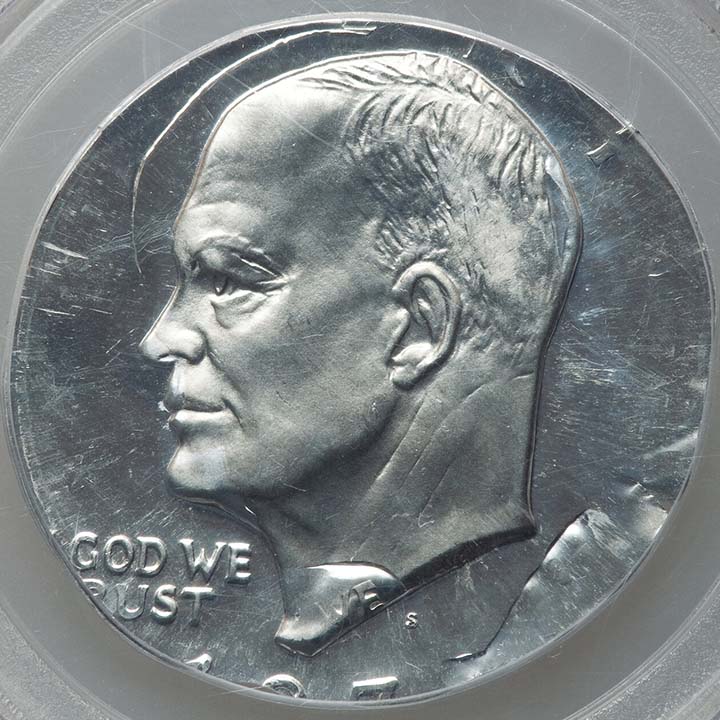 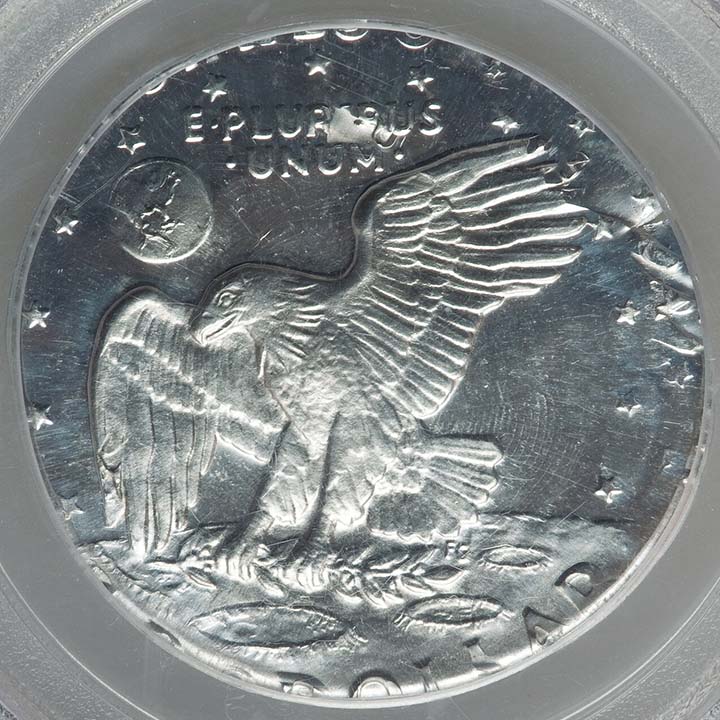 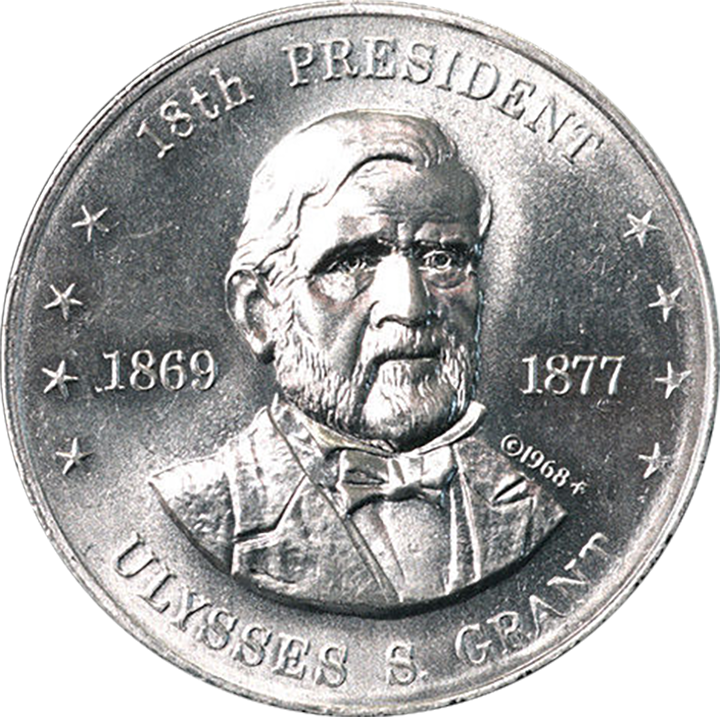 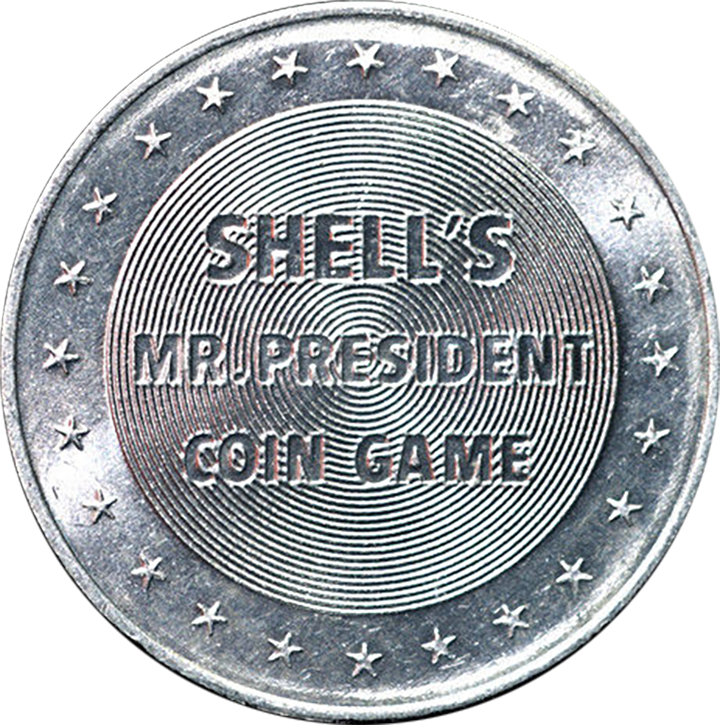 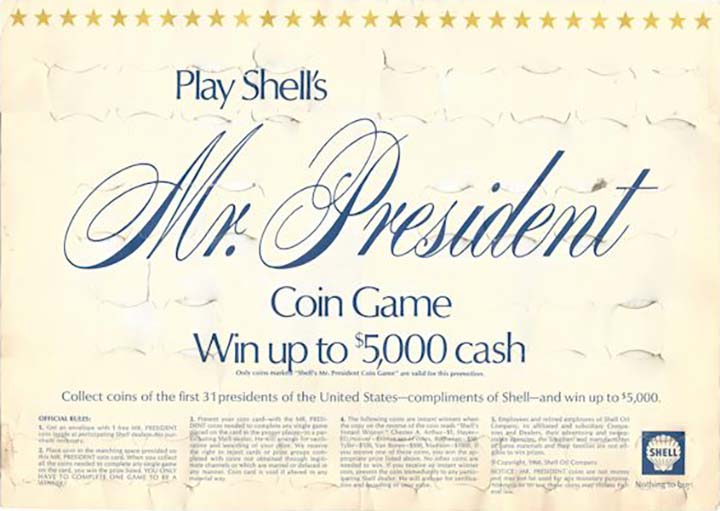 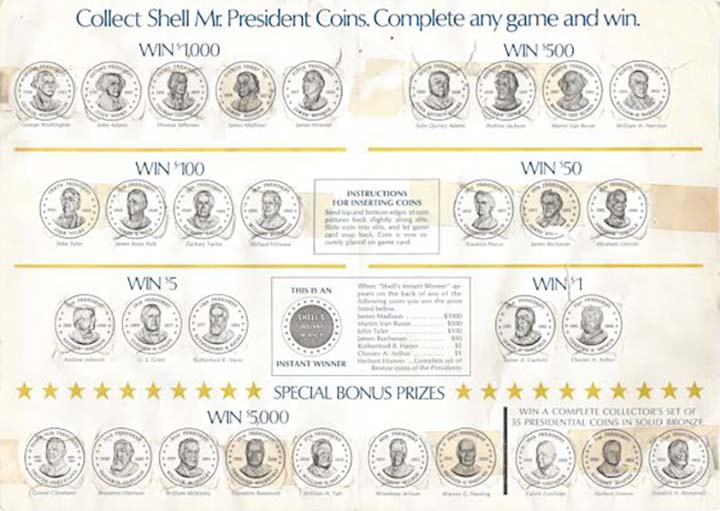