Although there are a few known proof off-center Ike Dollars, this one was struck in silver, is one of the finest known and one of the most spectacular U.S. proof mint errors ever discovered. It is hard to imagine a proof off-center and double struck Eisenhower Dollar that is more dramatic and that has this level of eye appeal and rarity. 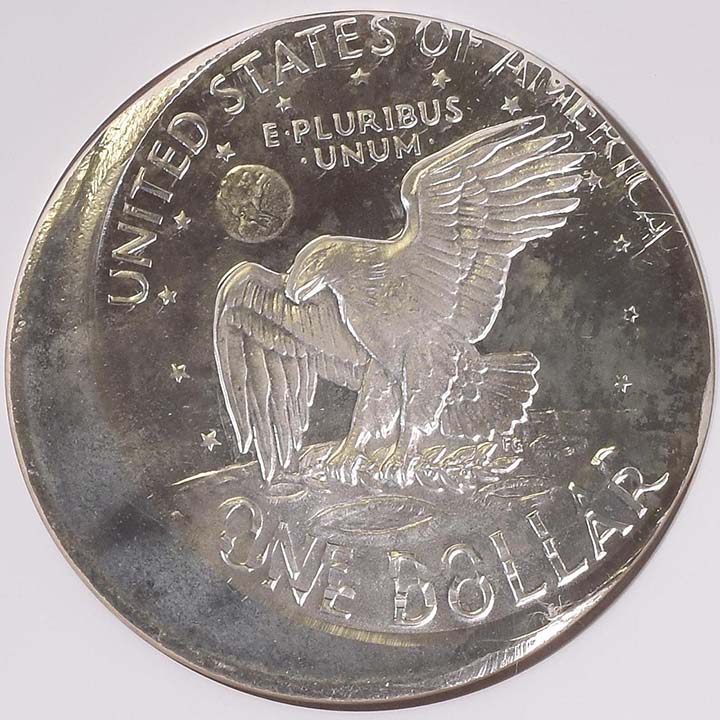