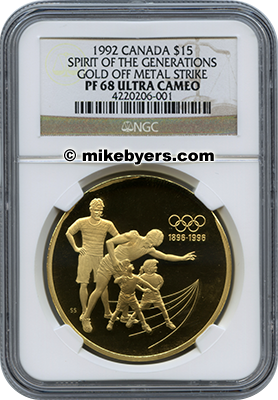 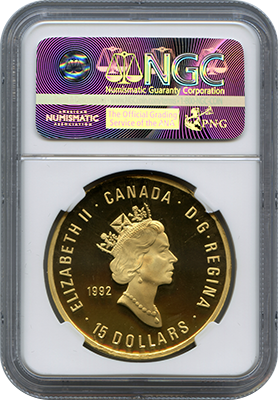 This is one of the rarest, most expensive and spectacular Canadian mint error coins known. This proof gold off-metal mint error was certified and authenticated by NGC. It was struck on a $50 Gold Planchet that was intended for a 1 oz Maple Leaf gold coin. It is the size of a U.S. Silver American Eagle and is in superb proof cameo condition. The diameter of a regular 1 oz Maple Leaf gold coin is 30mm and it has a thickness of 2.8mm. This gold off-metal mint error expanded to a diameter of 40mm when it was struck. 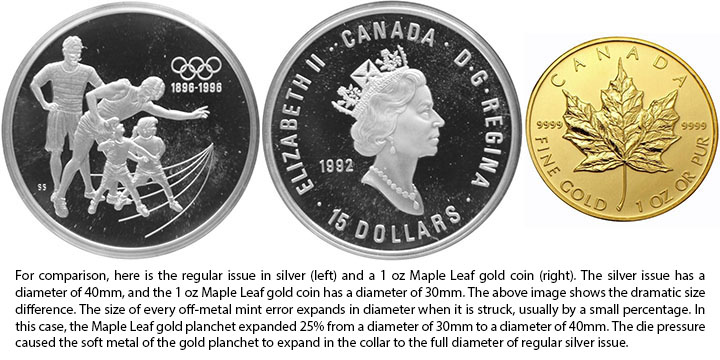 There are only three known examples of this rare proof gold off-metal in the last 27 years. One was authenticated and certified by PCGS as Proof 67 Deep Cameo and described as struck on a $50 Gold Planchet weighing 31.1 grams that was intended for a 1 oz Maple Leaf gold coin. The other was authenticated and certified by NGC as Proof 68 Ultra Cameo Struck in Gold with a weight of 31.15 Grams. 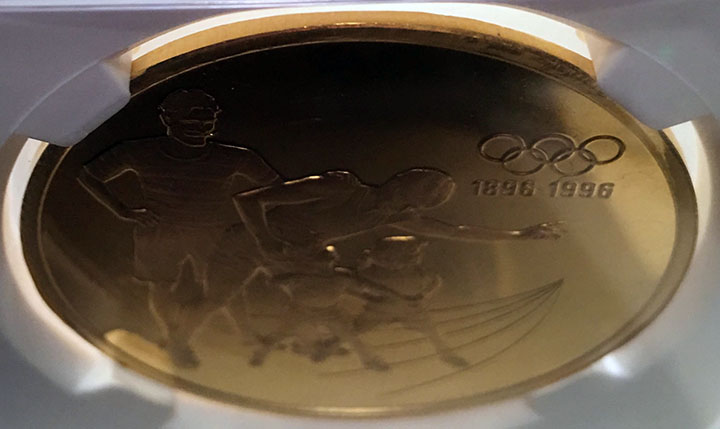 Featured on the cover of Mint Error News Magazine Issue 35