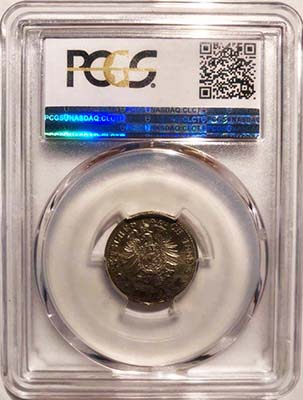 This is an extremely rare Specimen Silver 1888-A German Prussia 10 Mark, struck from identical dies used to strike 10 Marks the following year. This is a die trial off-metal and a specimen striking with only 3 known.

Krause shows an unlisted price for this Silver Specimen. Schaaf only lists it in silver. This specimen has original mottled toning with hues of blue, red and orange. It is a silver die trial of the adopted identical dies that struck the rare one year gold type coin in 1889. 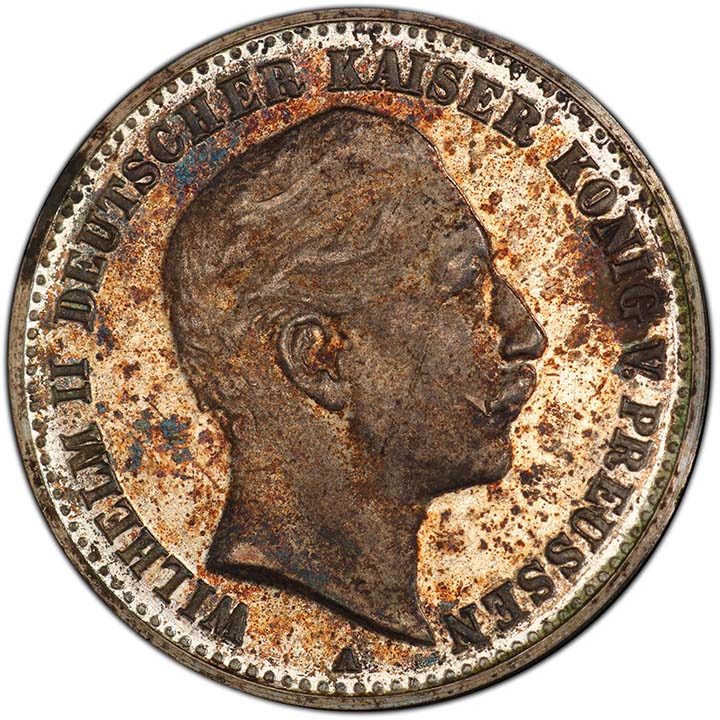