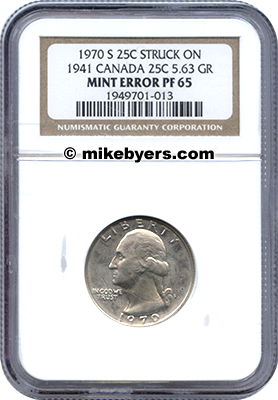 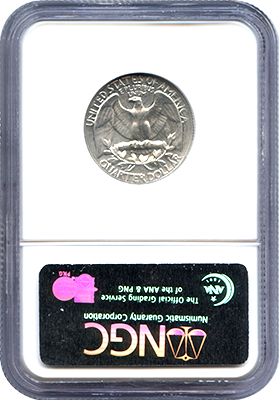 This unique 1970-S Proof Quarter from the United States was overstruck on a 1941 Quarter from Canada. This mint error was originally discovered in group of San Francisco Proof Errors that was auctioned by the State of California. There is a significant amount of detail on both sides showing the design of the Canadian Quarter. This is one of the most fascinating and intriguing proof mint errors ever discovered.

A different 1970-S Proof Washington Quarter is also known that was overstruck on a Canadian Quarter from an earlier design. It was struck from 1911-1936 featuring King George V. It was authenticated and certified by NGC as PR64. However, the unique 1970-S Proof Washington Quarter overstruck on a 1941 Canadian Quarter offered here is the only one known with King George VI. It went viral and was featured on Fox News, USA Today and countless other publications. 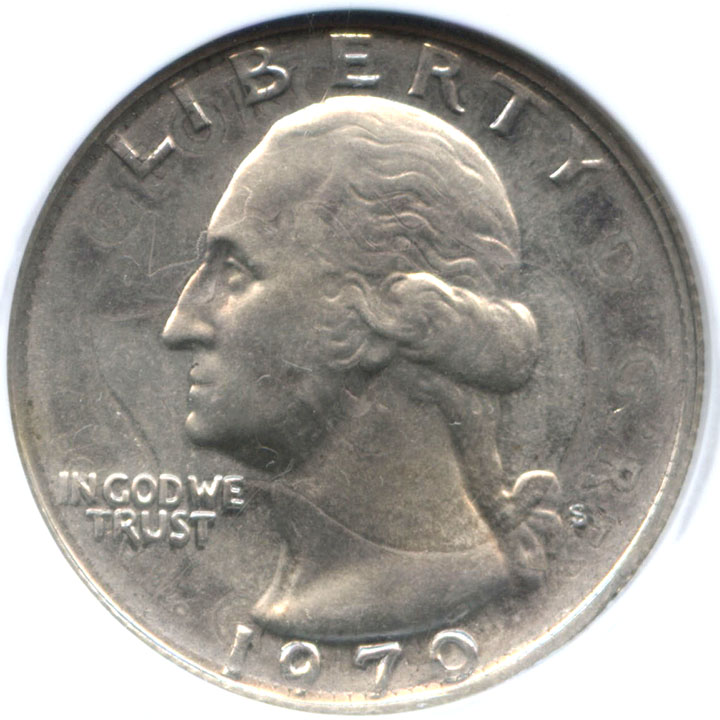 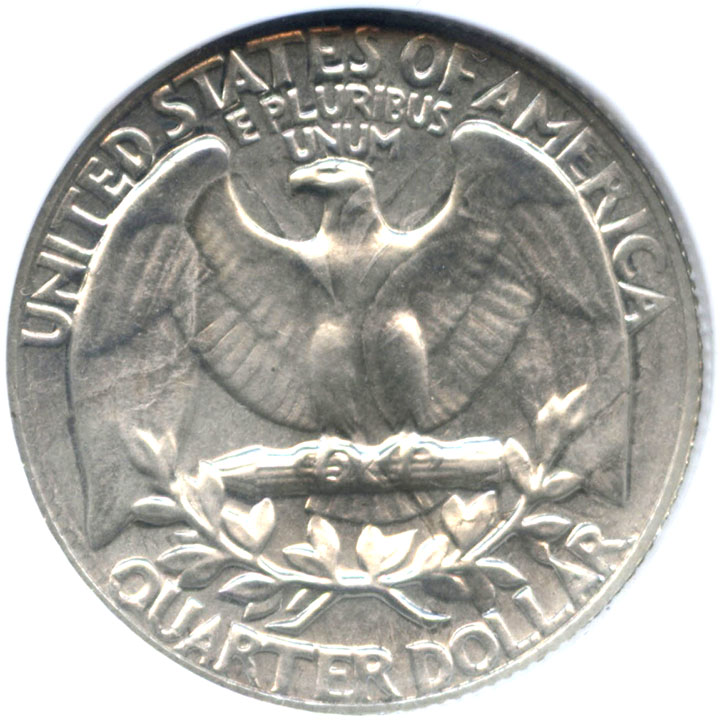 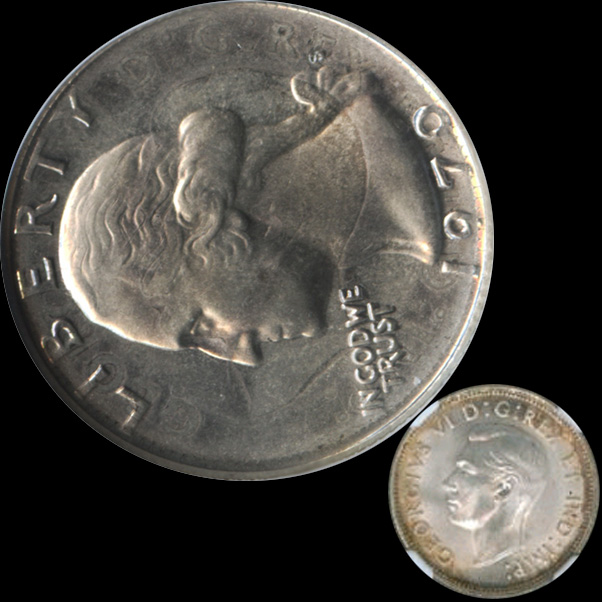 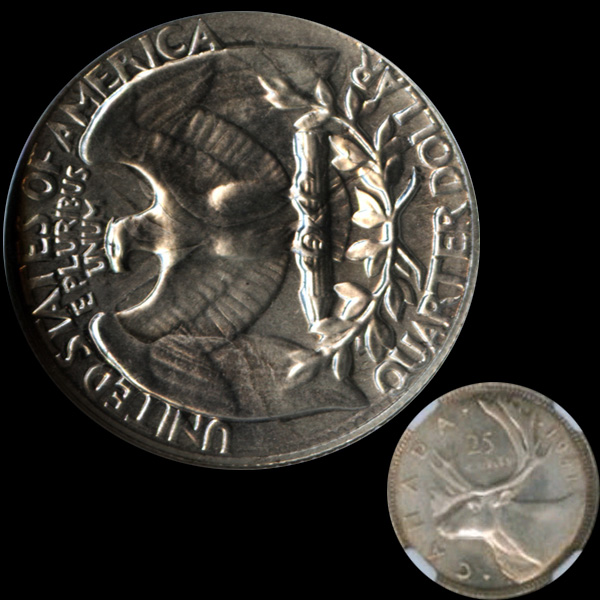 These famous and enigmatic Washington Quarters from the San Francisco Mint struck in Proof, over a U.S. Silver Barber Quarter (1892-1916) and over a 1941 Canada Silver Quarter. These were both featured in a TV interview I did with Fox News. These fascinating errors went "viral" and were featured in USA Today, London's Daily Mail, AP News, Coin Week, New York Post, Newsmax, NBC News, Numismatic News, Time Magazine and on Maria Bartiromo's TV show. 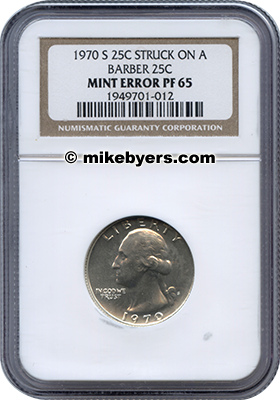 Featured on the cover of Mint Error News Magazine Issue 37 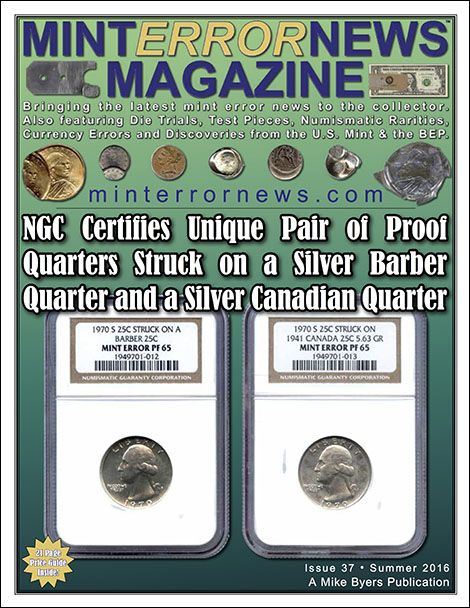 Featured in an article on Numismatic News 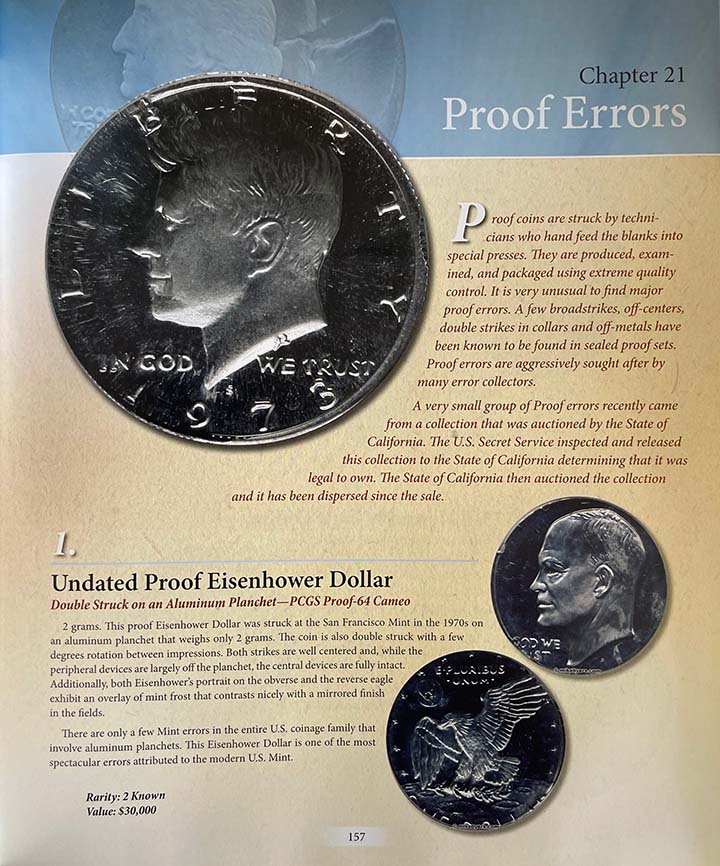